In the lead-up to the final season of Netflix and Noelle Stevenson’s She-Ra and the Princesses of Power, it was easy to question how the show might handle the redemption arc of Catra, one of its worst villains. The problem was not just that Catra was a villain; it was how committed she had been to pursuing her selfish goals at the expense of everyone around her.

The character was toxic, going so far as to boast that she didn’t care about the harm that the Horde was inflicting on innocent people, deliberately opening a portal that threatened all of existence just to get her own way, and relishing the thought of controlling her one-time friend and love interest. None of these are things that could be simply glossed over by Catra changing sides. The character had a lot of baggage to deal with if her turn to good was to be convincing.

Catra’s was a journey with its roots in actions she took even as she was arguably at her worst. When she had the chance of giving up what she thought was Emily’s memory unit to Hordak, she didn’t do so. When Scorpia left the horde, Catra was wracked with a sense of guilt, which was shown to visibly affect her for the rest of season 4. When Double Trouble confronted her with the truth of who she was, their words appeared to get through to her, and finally, she spoke up for Glimmer, convincing Horde Prime that the princess was more valuable to him alive.

When discussing the positive steps that Catra took in season 4, it is important to make the distinction that, while they showed the potential that she might change her ways, none of them absolved her of her actions during her time with the horde. While she did show some remorse, she was still a happy and active part of an oppressive, expansionist regime. It did, however, provide a foundation on which her character arc in season 5 could be built.

Catra’s personal resolution at the end of the show’s final season was satisfying because it was further expanded upon by steps the character took throughout that season. She had previously been defined by a desire to beat Adora above all else, yet in episode four, she put Adora’s safety before her own, freed Glimmer, and told Adora not to come for her. She went on to put Adora’s safety before her own again in a later episode; jumping into what she thought was fire to protect her former rival. 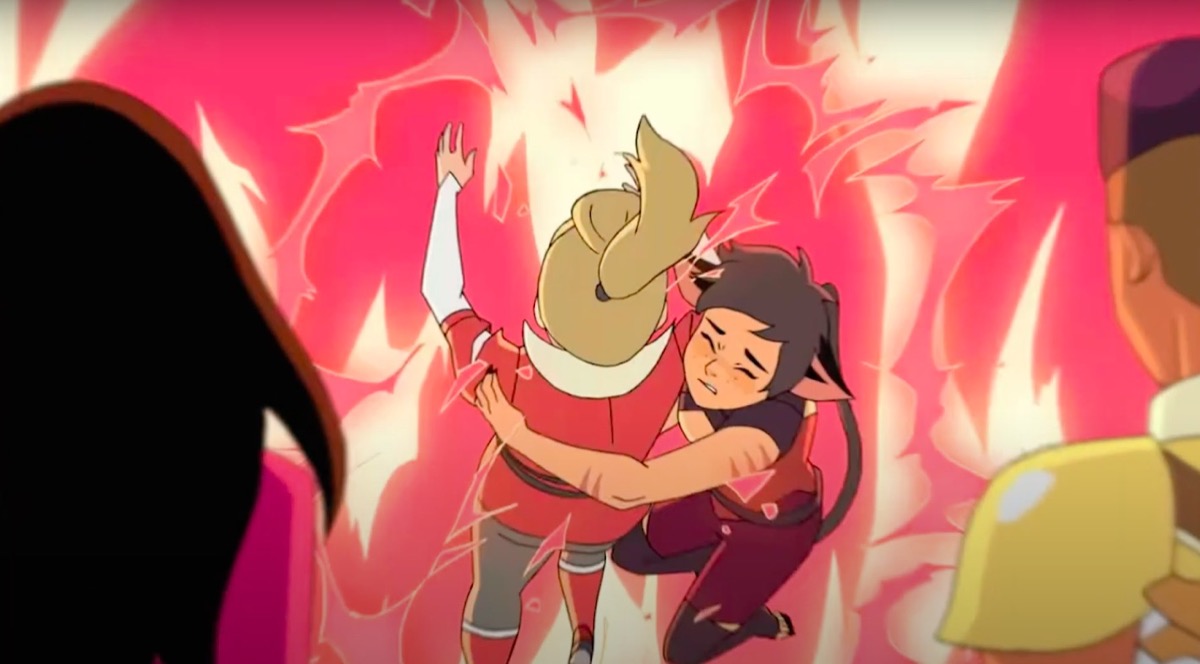 Whenever she met someone she had personally wronged, she gave them genuine apologies for her actions. Finally she expressed awareness of past self-destructive behaviors and showed that she was working to make herself a better person. She also finally opened up to the people around her, rather than pushing them away. She did not seek to shift the blame for her actions, or minimize the impact those actions had on other people. She owned up to what she did and did what she could to fix it.

The other important distinction that needs to be made when discussing the way that the show handled Catra in its closing episodes is whether or not the character was truly redeemed. In the show’s penultimate episode, Catra runs away, only coming back to save Adora. She does apologize to the people she hurt whom she knows personally, but she does not express regret for all the people she hurt while she was an active participant in the horde.

She arguably still priortizes what she cares about above any concerns of “the general good”; she has simply expanded her concerns to include the wants and needs of the people closest to her. The show’s failure to hold Catra to account for the harm she caused the wider Ethyrian population is its one failing in how it handles her character arc (though it’s still better than the “redemption” given to Hordak).

Although the show’s creators did not go as far as they could have with Catra’s “redemption,” they managed to pull off her character arc convincingly by having the character realize her mistakes, own up to someone of them, and work actively towards changing who she was as a person. She stopped blaming those close to her for her problems, learned to consider the needs of others (to an extent), and was finally willing to be vulnerable.

Crucially, the reasons she acted the way she did were shown, without those reasons ever being used to excuse all the terrible things she had done. She-Ra and the Princesses of Power had Catra understand that she needed to make amends, and then showed her go out and do so on her own initiative. That is why her character arc in season 5 was a success.

contributorShe-Ra and the Princesses of Power