Why Is Catherine Zeta-Jones Playing A Colombian Drug Lord? | The Mary Sue 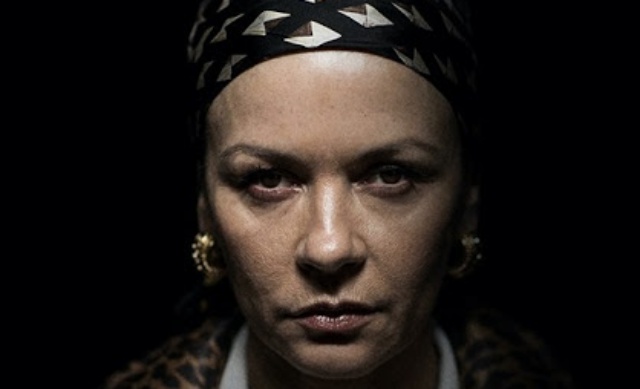 Here we go again, the first whitewashing case of 2018. Good to know that no matter how many years come and go, some things still stay the same.

Catherine Zeta-Jones, for some reason, despite not being  Latina nor Hispanic, took on the role of Griselda Blanco, a Colombian Drug Lord who supposedly killed over 200 people and was known, amongst many names, to be the “Cocaine Godmother.” The movie Cocaine Godmother is a Lifetime film airing tomorrow.

It is bad enough that when it comes to Latinx representation, a lot of it tends to deal with drugs or crime. As my colleague Teresa pointed out: “We’re all either criminals, or trying to keep away from crime.” Yet, at the very least this would be an opportunity for a Latinx actress to play a highly nuanced role of a woman who, while a criminal, rose through the ranks to achieve an incredible amount of power in a criminal organization. We don’t need every marginalized person to play a hero every time; it should be up to those POC to make those narrative decisions.

Zeta-Jones, while a talented actress, is Welsh. She played a Spanish character in The Mask of Zorro, the film that saw her rise to prominence (there is an argument that could be made about the ethnicity of Spanish people, but that’s for another time). Zorro was over twenty years ago. And apparently, there were many people who thought Zeta-Jones was Latina because of that film.

For the longest time I thought Catherine Zeta-Jones was Latina because of the movie Zorro, but nope she’s Welsh. Now she’s playing the Cocaine Godmother and idk how to feel about it in hindsight. She’s a great actress though.

What it means to be Latinx is a varied thing. There is no one Latinx look, sound, background, etc. However, if the movie needed someone “bankable” or white-passing, there are white passing Latinas! Like Alexis Bledel, who is way too good for a movie like this, but still, even though she is white-passing, she is Argentian, grew up in a Spanish-speaking household, and considers herself Latina. There is also Odette Annable, Sarah Ramos, Julia Goldani Telles, etc. They are a part of the culture.

Catherine Zeta-Jones is not.

However, this Lifetime film will not be your only opportunity to see the Cocaine Godmother brought to life. Jennifer Lopez will be staring in a film about Blanco being made by HBO with Lopez as an executive producer. At least, in that case, it will be one Latina bringing the story of another to life, problems and all.

If we are going to allow Welsh/Italian actors and actresses to play Latinx, then I hope that when the next inevitable adaptation of The Borgias happens that Seychelle Gabriel gets to play Lucrezia Borgia. Or how about a whole Latinx production of The Tudors? After all, Henry VIII’s family was Welsh. Oscar Issac for Henry VIII everyone!