Here’s How Cat Videos Will Save the World (Really, They Benefit Charity Now)

We can haz donations? 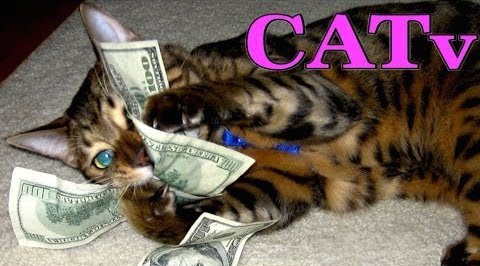 Crowdfunding has tried to harness the power of the Internet, but that requires, you know, actual work to get people invested figuratively and literally in whatever it is you’re funding. Charity Animal Television takes it one step further and goes all Robin Hood on the lifeblood of the Internet: cat videos. And dog videos—anything adorable, really—and gives back to those in need.

How does it work? All of the ad revenue from animal videos on the CATv YouTube channel that would normally go to the channel owner is donated directly to charity. That means that you’re donating advertisers’ money to charity (charities specified in the video descriptions) every time you click on a video.

If you watched that video, congratulations! You just donated to the ASPCA (American Society for the Prevention of Cruelty to Animals). Now, since you’ve reached the end of this article and are probably on your way over to YouTube for some cat videos right now, you might as well stop by CATv and make them count.