Study Shows the Personality Differences Between Cat and Dog Lovers

Let's see, do you prefer being worshipped or barely tolerated? 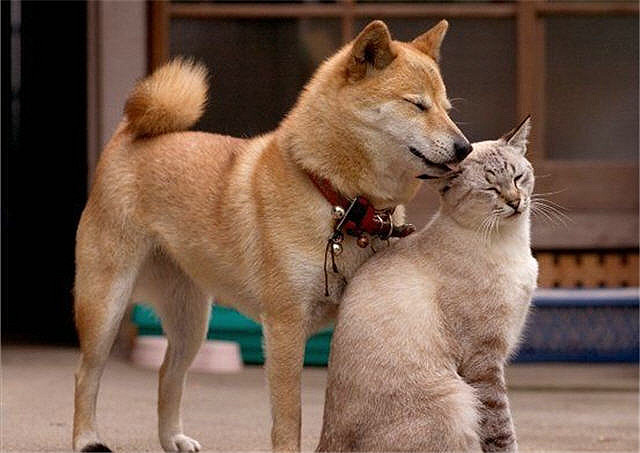 New research presented this month at the annual Association for Psychological Science shows the contrasting personality traits associated with cat and dog owners–or in other words, people who would rather scoop a creature’s poop up from the street vs. those who prefer it buried under litter.

Denise Guastello of Carroll University conducted the study using a group of 600 college students. Participants were asked whether they were cat or dog lovers, what attribute they most admired in their pets, and then given a series of questions as part of a personality assessment. 60% of those polled claimed to be dog lovers, 11% copped to a cat fancy, and 29% said they had no preference, i.e., they were scared their cat would find out if they answered truthfully.

Based off trends found in the personality assessments, “dog people” were shown to typically be outgoing and rule-abiding, whereas cat fans appeared introverted, open minded, sensitive , innovative, and more intelligent than dog devotees. But pet owners shouldn’t take the study’s findings too seriously–the research was obviously conducted on a specific segment of the population, so it’s impossible to say how allegiance to one kind of animal over another might manifest in the personality traits of different age groups or demographics.

Guastello suggests the trends in personality associated with cat or dog owners might be related to the kind of care the animal requires:

It makes sense that a dog person is going to be more lively, because they’re going to want to be out there, outside, talking to people, bringing their dog […] Whereas, if you’re more introverted, and sensitive, maybe you’re more at home reading a book, and your cat doesn’t need to go outside for a walk.

Maybe… or maybe cat owners are just too weakened by allergies to do anything but lie on the couch and hope the neighbor’s dog won’t smell their fear.