Why Does Your Cat Dig Chilling In a Box? Science Explains 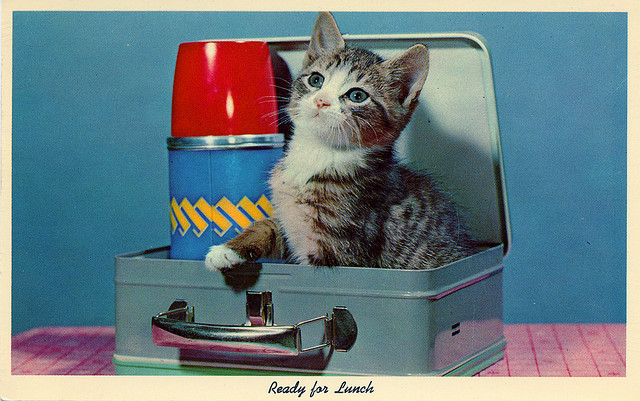 Suitcases, cardboard boxes, shoes: what is it about confined spaces that so compels cats? Thank God Wired isn’t afraid to tackle the tough questions.

To better understand what attraction cardboard boxes hold for the world’s Ser Pounces, Wired looked to the work of Veterinarian Claudia Vinke of Utrecht University in the Netherlands, a researcher into the stress level of domesticated shelter cats (brave woman: cats are notoriously too rude for science to study). Vinke provided one group of cats with boxes immediately after arrival at the shelter, and found that the box cats adapted more quickly to shelter life and were more interested in interacting with humans than cats who were deprived of boxes entirely. In an email to Wired, Vinke explained that “hiding is a behavioral strategy of the species to cope with environmental changes and stressors.”

A 2006 study by the National Research Council indicates that thermoneutral temperature may also plays a role in shenanigans like this:

The NRC’s research showed that the range of temperatures in which cats are most comfortable is 86 to 97 degrees Fahrenheit (about 20 degrees higher than humans’ thermoneutral zone), and that most households with a cat are kept at approximately 72 degrees–14 degrees colder than necessary for optimum feline comfort.

Confined and insulated spaces like a cardboard box might be cats’ only defense against their humans’ cruel allegiance with Winter. Or, you know, just a great place to sit and protest indignities like this: