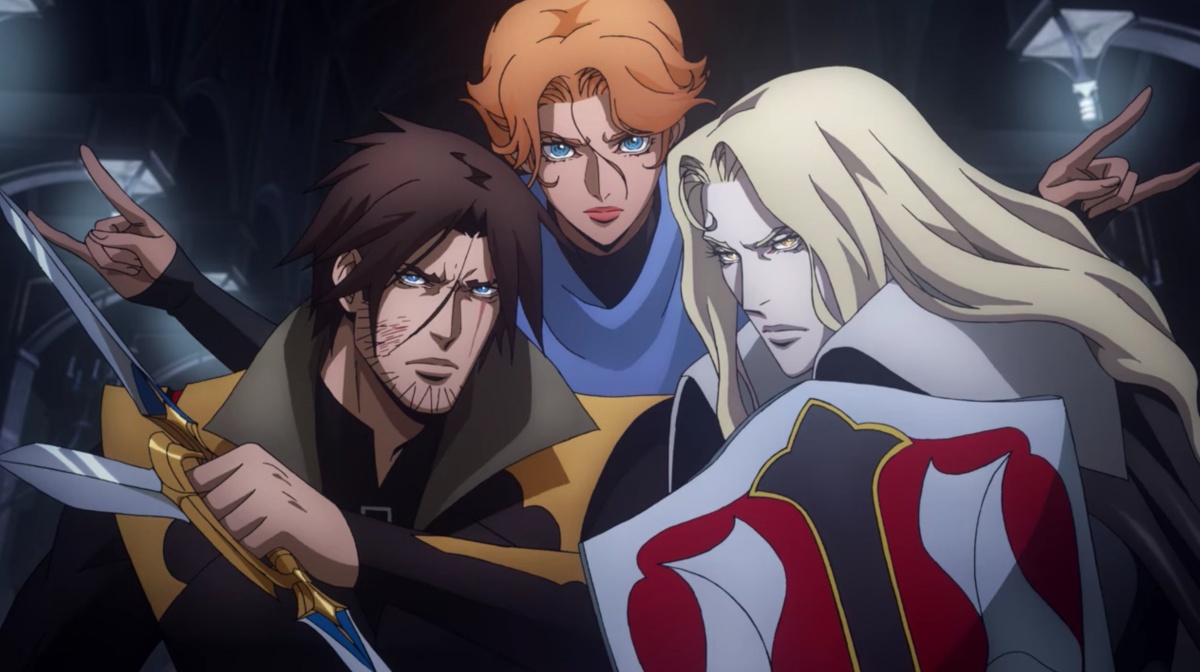 Netflix has a spinoff of their Castlevania animated series in the works, and it will focus on yet another member of the Belmont clan many generations in the future.

The Castlevania Universe is getting even bigger.

An all new series starring Richter Belmont (the son of Sypha and Trevor) and Maria Renard, set in France during the French Revolution, is currently in the works. #GeekedWeek pic.twitter.com/tsdeDpvNGQ

At the end of the first Castlevania series, it is revealed that Sypha Belnades is pregnant with Trevor Belmont’s child, and they, along with Alucard, end up having a happily ever after of some kind, settling down.

Richter Belmont is a character from the Castlevania video game series who is a descendant of Sypha, is the main character of Castlevania: Rondo of Blood, and also appears in Castlevania: Symphony of the Night, and some other games as a minor character. Fans have already joked that due to this character’s story taking place during the French Revolution, that this is not their son, but their great-great-great-etc-grandson.

Maria Renard, a fan favorite in the series, will also appear in this new spinoff, which aligns with the timeline of the games. In Rondo, Richter goes to Dracula’s castle to reclaim his love interest Annette, who is kidnapped by one of Dracula’s servants, Shaft. Maria is a distant relative of Richter who is an orphan that accompanies him on this quest.

Yes, I’m talking about you, Yashahime.

Also, considering the connection to Warren Ellis that was so prominent in the original, this will give the series a new burst of excitement that is not tainted by Ellis’s direct involvement.

Castlevania was a show that really impressed me with its ability to be loving and optimistic, while bloody and vulgar. It recognized the series would be at its best with a tenderness. I’m glad that the series will go forward in a new way that allows the characters we love to rest, but explore a universe that is still ripe for a Belmont asskicking.