Get Your Monster Sorted: A Castle Rock Finale Rant 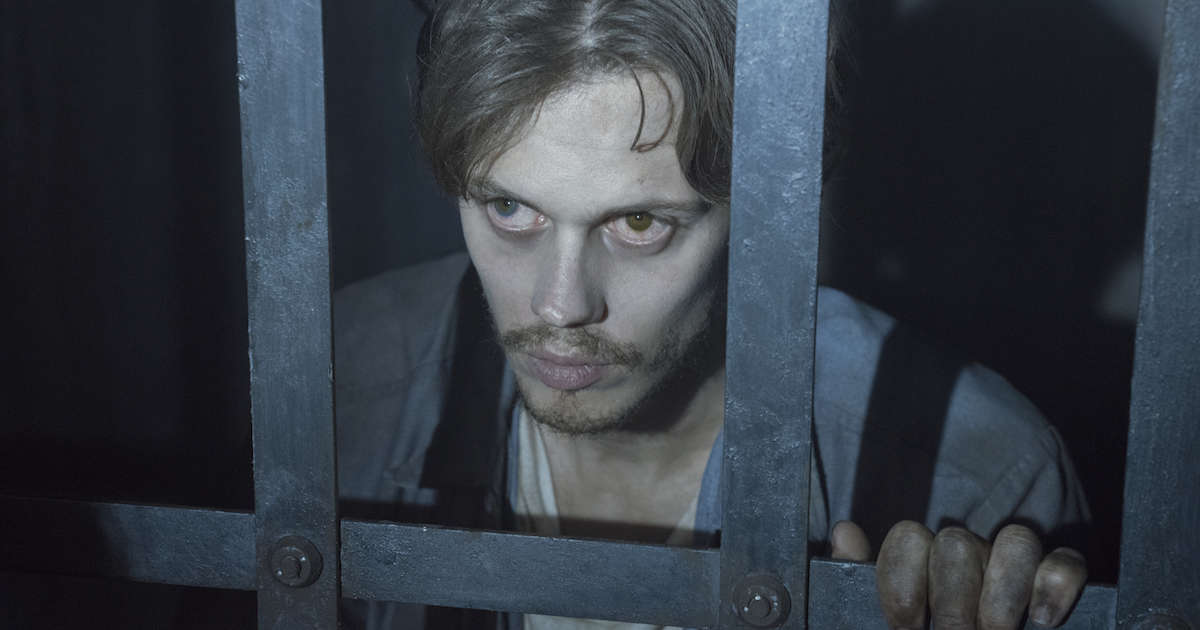 I’ll give Castle Rock this much: Its season finale was the first episode of television to ever make me throw up.

I’m not kidding. But let’s back up a bit.

Every work of horror fiction serves as a meta-commentary on our collective, societal fears. Those, after all, are what monsters embody. Some stories play it straight. (E.g. zombies = bad. So, sorry, Shaun, but you’ve got to shoot your Mum in the head, now.) Some stories take a more deconstructive stance. (It turns out that Frankenstein’s Monster just wanted love.) Both of these approaches are perfectly fine unto themselves.

However, when creating a monster character, you need to know which of these two you’re going with. Castle Rock spends about 9.85 episodes building up the latter stance, and then switches unforgivably and incoherently over to the former in the season’s final minutes.

Allow me to elaborate.

The plot of Castle Rock season 1 kicks off when a man known only as the Kid is discovered, caged in an abandoned section of Shawshank prison. It turns out that the recently deceased warden imprisoned the Kid down there twenty-seven years ago, believing him to be the devil incarnate. Not only has the Kid not aged for twenty-seven years, but bad things tend to gravitate to him, and anyone he touches goes on to commit violent crimes.

Castle Rock spends most of its first five episodes building up an unsettling aura around the Kid. Now, to be honest, this rubbed me the wrong way early on. Watching the scene in which the Kid is released from prison and noting how the eerie music crescendos on a shot of his white sneakers stepping through the gate, I thought, “Wait, are we supposed to want him back in the cage? You know, back in the place where a vigilante-of-faith imprisoned him because God told him to? But then again … this is the horror genre, where anything goes. Shaun had to shoot his Mum, after all.”

Things take an interesting turn at the end of episode 5, however. The former sheriff, Alan Pangborn, asks the Kid point blank if he’s the devil, and the Kid answers, “No.” We then get a deeply disturbing flashback of the night the Kid was abducted. Sheriff Pangborn found him bound and gagged in the warden’s trunk, screaming for help, and closed the door on him because he believed the Warden’s claim that the boy was the devil.

From there, a story begins to unfold that is truly horrifying … just not in the way that we expected

We learn that, before the Kid was imprisoned, he was a normal, happy guy from a parallel dimension, who more or less discovered the cure for Alzheimer’s (because his mother suffers from it) and had a wife who might have been pregnant when he was abducted. 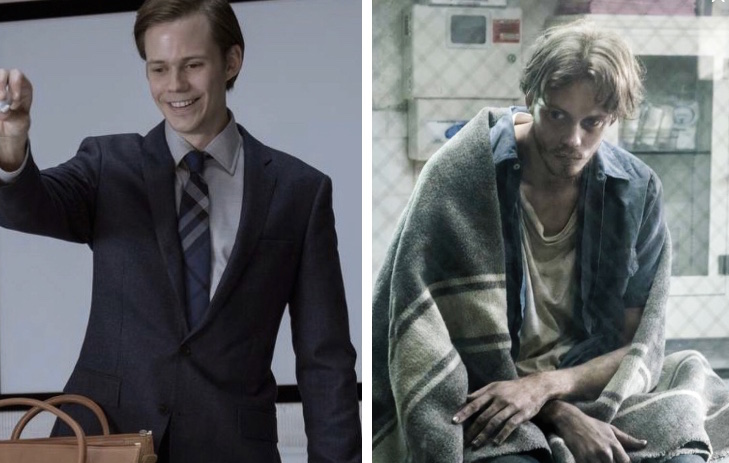 We start getting rational explanations for some of the Kid’s seemingly supernatural attributes:

Q: How does a grown man not know how to shower or use a telephone? Is it because he’s not human?
A: No, it’s because he developed retrograde amnesia while locked up alone in the dark for twenty-seven years.

Q:What sort of double-edged monkey paw is the Kid offering to “help” Ruth Deaver with her Alzheimer’s?
A: It’s a brain chip he invented. He’s a neurologist.

Q: How does the Kid know so much about Ruth Deaver?
A: Because he’s her son in another dimension. Furthermore, he’s not put off by her discomfort around him because #1 He’s not quite lucid at that point, and #2 His mother has Alzheimer’s, so he’s used to her not recognizing him.

By the beginning of episode 10, Castle Rock season 1 has seemingly developed into an unsettling story of a modern day witch hunt, in which frightened, misguided people cite God to justify blaming and punishing an innocent man for their problems. It’s a brilliant examination of how people dehumanize those whom they fear, in order to justify the atrocities that they commit against them. This was made all the more powerful by the fact that we, the audience, had been led to agree with the would-be witch hunters, that the Kid was evil and needed to be locked away.

The Kid admittedly resorts to some extreme and ugly measures to get himself and the protagonist, Henry Deaver, out into the forest, where he believes Henry can send him home. But, surely, this doesn’t mean the Kid is evil, right? He just wants to get home to his wife and his potential baby.

We can all agree that this is worth fighting for, yes?

At exactly 41:02 (you know I’m angry when I go back to get the time code), while the Kid is fighting Henry over a gun …

This, along with the malevolent smile he gives us once Henry returns him to his cage, heavily implies, if not confirms, that the Kid is evil by the end of the season. Perhaps it was his experience in prison that turned him into a monster, or perhaps he was hiding his true nature the whole time. Either way, this isn’t the ending we deserved.

To be fair, there are a number of interpretations of the ending that are more positive than my own, but … none of them work for me.

Is it supposed to be a tragedy in which Henry Deaver compromises his humanity to avoid facing his traumatic past?

Then the Kid’s identity shouldn’t have remained ambiguous to the end.

Or is the whole point that the Kid remains ambiguous so that we, the audience, must decide what to believe for ourselves, as co-creator Dusty Thomason told Variety?

Then I’d have preferred that the penultimate episode not focus solely on the Kid’s perfectly plausible backstory.

If, indeed, doubt is the central theme of the season, then I wish it had amounted to something other than “Is locking up a human being in deplorable conditions justifiable if you’re almost positive they deserve it?”

I’m not against leaving some elements up for interpretation, but in order for a story to emotionally resonate, its ending has to have some coherency.

As things are, Henry Deaver might be the new self-righteous captor of an innocent man, or he might be the devil’s guardian keeping Castle Rock safe. The Kid might be evil, in which case the entirety of episode 9 was a lie, or there might be a pregnant woman out there wondering what happened to the father of her child.

It feels more like an R.L. Stine Give Yourself Goosebumps book than a thought-provoking television show.

At any rate, Castle Rock is an anthology series, so it looks like season 2 will leave the Kid behind forever, to follow Jackie Torrance to the Overlook Hotel. If your interpretation of Castle Rock season 1 satisfies you and you’re excited for season 2, that’s great, and I envy you. For myself, though, I’ve had my fill, and I’m driving out of Castle Rock for good.