Casting Roundup: Once Upon a Time, Arrow, Pride and Prejudice and Zombies Pick Up New Actors 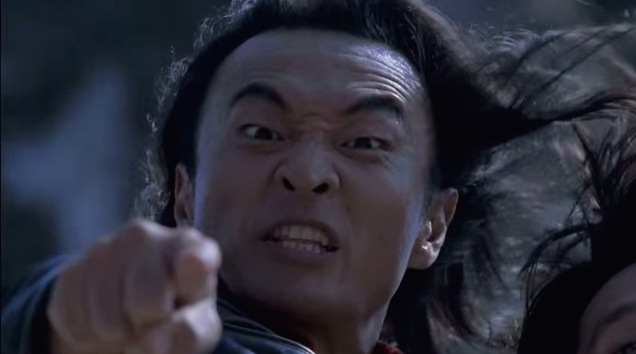 First up, the geeky TV shows: Frances O’Connor, one of those “Oh yeah, her!” actresses (her credits include A.I. Artificial Intelligence, the 1999 Mansfield Park with Jonny Lee Miller, and Mr Selfridge) has been cast as Belle’s mother, Colette, in Once Upon a Time. Entertainment Weekly reports that she’ll appear only briefly in flashbacks in the sixth episode, “but [we’ll] find out she had an immense impact on Belle’s life. There’s a possibility to see her again later in the season.”

As for Arrow, The Carrie Diaries’ Austin Butler will be heading to Starling City to play “Chase, a charismatic DJ whose talent and wiles catch the attention of Thea (Willa Holland). Their professional relationship will quickly blossom into a romance.” He first appears in the seventh episode, and his role is noted by The Hollywood Reporter as being recurring. This is the second Arrow casting news we’ve heard in as many days–yesterday, Riddick’s Matt Nable was announced as our new Ra’s al Ghul.

And finally, Cary Tagawa has joined the cast of that The Man in the High Castle pilot Amazon is doing (scroll down), based on the Hugo Award-winning book of the same name by Philip K. Dick. The book explores an alternate reality where Germany and Japan won World War II, and according to Deadline Tagawa will play Tagomi, “the head of Japan’s Trade Mission to San Francisco who really is a spy and works with Nazi double agent Rudolph Wegener to collect valuable intelligence on the Third Reich’s every move.” Uh… spoilers for a 60+-year-old book? Nahhhh.

Gif break before we get to the movies:

Pride and Prejudice and Zombies, which recently kicked into high gear after languishing in development hell for several years, has cast British actor Douglas Booth (Noah, The Pillars of the Earth) as Mr. Bingley. I will absolutely give him a chance to wow me, but my first impression is that he doesn’t look anywhere near dorky enough. Socially awkward ginger moppet Simon Woods is a tough act to follow. Lily James, Bella Heathcote, Sam Riley, and Jack Huston are playing Elizabeth, probably-Jane, Mr. Darcy, and Mr. Wickham, respectively.

Mother of Dragons Emilia Clarke from Game of Thrones, meanwhile, is set to co-star with The Hunger Games’ Sam Claflin (Finnick) in Warner Bros.’ Me Before You, directed by Thea Sharrock (the “Henry V” episode of The Hollow Crown) and based on the novel of the same name by Jojo Moyes. Deadline has the synopsis:

Me Before You tells the story of Lou, a small-town girl caught between dead-end jobs, and Will, a success all his life who finds himself wheelchair-bound after an accident. He finds no reason to live until they meet when he hires her as his caretaker for six months, and she becomes determined to prove to him life is worth living. They head for a series of adventures together, which changes each of them.

And finally, Jessica Chastain and Kristen Wiig are both rumored for Ridley Scott’s The Martian, which stars Matt Damon as an astronaut who gets stranded on Mars. It seems like an odd choice for Wiig, seeing as she’s a comedy actress, but hey, she has dramatic chops, too. (I’ve heard her new movie The Skeleton Twins is waaaaay more dramatic than the trailers make it look.) And I just want Jessica Chastain to do a sci-fi movie. I love you! Come to my genre!

That’s it for today’s casting roundup. Which of these not-currently-aired projects (PPZ, The Martian, Me Before You, The Man in the High Castle) are you most looking forward to?