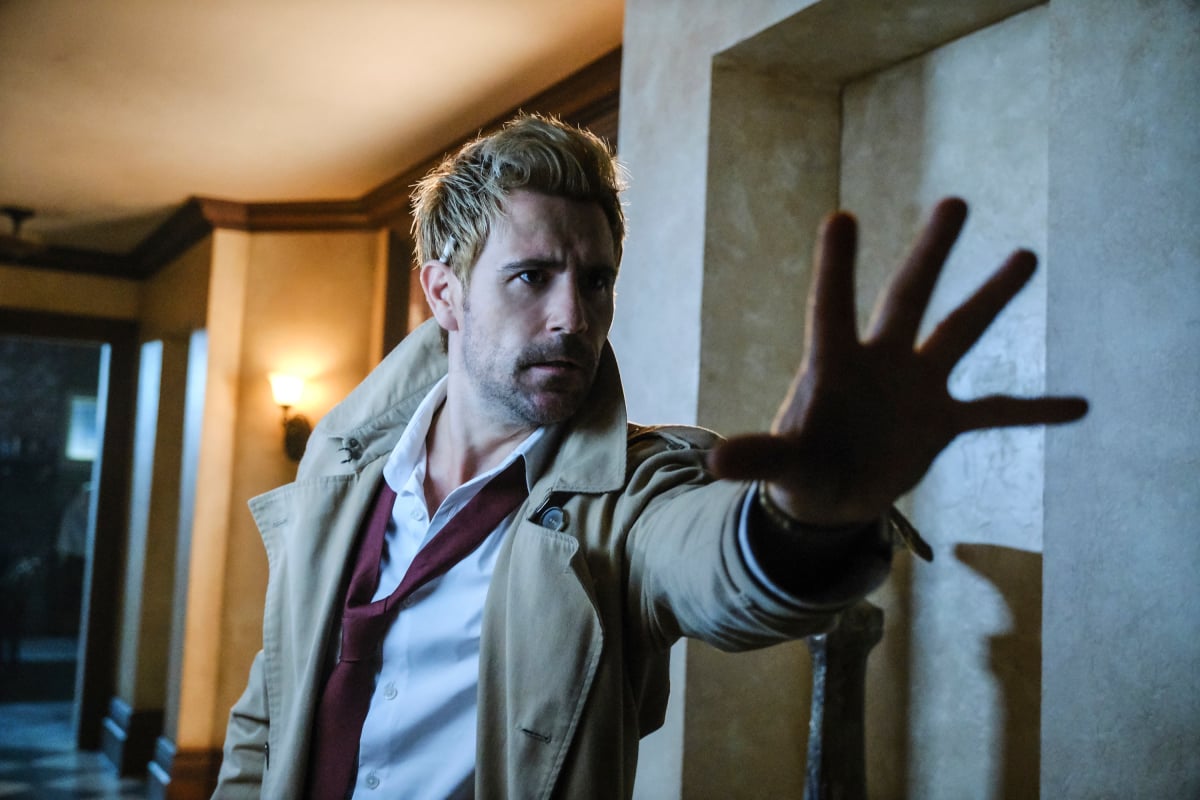 You never know where DC’s Legends of Tomorrow will go next. From possessed nipples to psychic gorillas trying to kill Barack Obama to Rasputin’s eyeball in a jar in the kitchen, there’s always more weirdness around the corner for these lovable, time-traveling weirdos. Tonight’s new episode, “Slay Anything,” for instance, takes us back in time and into the genres of slasher horror and  80s teen comedy … and somehow it works?

We talked recently with many of the cast and writers on the show about this gloriously weird series and got a preview of what to expect – and also how they come up with this insanity.

“John Hughes meets John Carpenter was really our going mantra for this episode,” said co-showrunner Keto Shimizu of the hour, which sees the Legends fighting an “encore” released from hell in two different time periods, and getting their ’80s on in both. There’s fairy godmothers, final girls and, of course, murder podcast jokes.

But where does all this weirdness come from? The starting point for the writers is always, “Whose story is it this week? What do we need to accomplish for the characters and their arcs?” Shimizu told us. “We always start with the emotional story. We start with, as we call it, the EmoJo.”

It’s only after getting into the character arcs they want to explore that they’ll figure out when in time the story will take them. “Often the stories we are breaking will drive us to a particular place,” Shimizu explained. From there, the writers consider, “What are the genres that live in this time period really well?” Or what genres work in the period that can they spin on their head (like, for instance, a Bollywood musical number in a Jane Austen romance!).

Legends is a delight because of the way it can be so many different things, which is always fun and surprising to the actors, even if the genre is one that scares them. For Jes Macallan, who plays Ava, and Caity Lotz, who plays Sara, that included this week, as neither were big fans of slasher movies, but thankfully they were into the other influences on the episode, like Sixteen Candles.

The writers will also ask themselves who should pair up with whom and how that will advance things. For this week and next, “it meant Charlie pairing up with Constantine,” Shimizu shared. That’s right! After ditching the Waverider in episode one of the season (or two, depending on how you count the Legends hour of Crisis on Infinite Earths), our favorite shapeshifter is back! And she’s crashing in Constantine’s old manor.

So what’s going on with Charlie according to her portrayer Maisie Richardson-Sellers? “She definitely left in a rush and I think there’s a reason behind that that we’ll discover later on,” Richardson-Sellers told us. “She’s been having fun, as she does, Charlie-style living it up. Partying. But she’s also running from something, and that’s something that we’ll begin to discover throughout the season—what that is and just how important that is to time, the world and just to her personally.”

In this case that partying means hooking up with playmates of all genders—fully confirming Charlie’s pansexual (and technically genderfluid) status as we’ve all hoped and expected since she was introduced. “Oh yeah, she just had that energy from the beginning,” Richardson-Sellers, who is an out queer woman, agreed. “It’s important to me,” Ricardson-Sellers said, of being able to portray a queer character. And Charlie is a wonderful role and character in many, many ways.

“So often queer characters are written whereby their queerness is the only thing that defines them,” Richardson-Sellers explained. “That’s the one story and its so cool to have a charact who just happens to be. That’s not her main story.” She added: “It’s just one facet of her multi-faceted personality.”

Charlie and Constantine (and Gary!) are going to have quite an adventure on their own, which will have huge repercussions for the whole season, and will also feed into the horror elements of the episode.

But there’s always humor to be found on Legends too. Like Ava’s extremely identifiable obsession with true crime podcasts that we’ll discover tonight. Speaking of Ava. We couldn’t let Jes Macallan get away without asking her about last week’s hysterical “Poison” musical number. 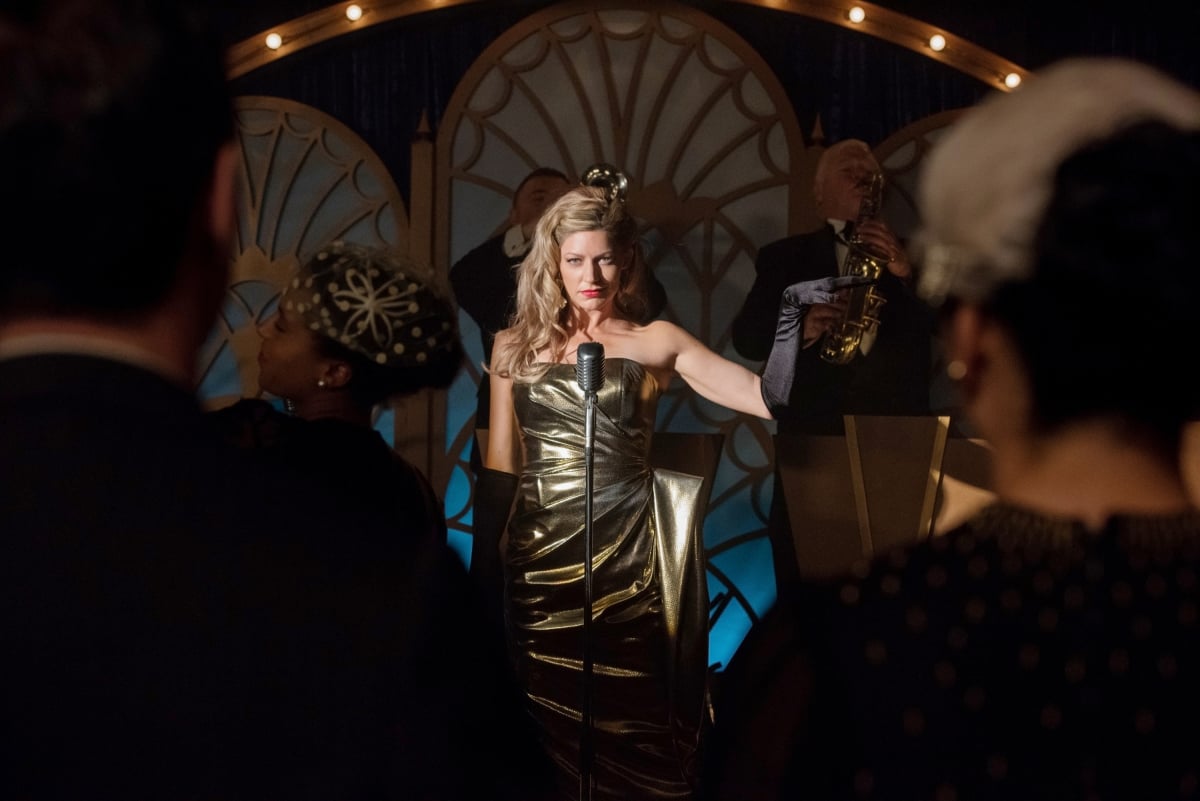 “Well, now I can die,” is what Macallan told us she thought after reading the script for “Miss Me, Kiss Me, Love Me” where she got to do two amazing numbers—one dream version that choreographed with her singing to a voice that wasn’t her own … and the real version of her drunkenly singing so bad she cleared a club.

“I always considered myself a double threat, I always wanted to be a triple threat,” Macallan—who started off as a dancer before an injury forced her to switch focus into acting, explained. “If I could only sing!” Macallan lamented, but the magic of TV gave her a voice for one number. “And obviously the other version of me is just [from] watching too much I Love Lucy.” Which meant committing 150% to the comedy.

But again, it worked because it came from the character and her journey past insecurity in the episode. And that’s what will always make Legends so great. Co-showrunner Shimizu explained it all perfectly: “For us, we always want to ground everything in real emotions and real issues. What our show is: it’s a family show. It’s about a family.”

It’s a crazy family, but it still certainly a family. “It’s about how these characters are relating to one another, how they’re pissing each other off, how they’re helping each other out, how they’re driving each other crazy but it’s all about this growth together.” Shimizu went on: “From that base point, We can go anywhere. as long as it’s always coming back to that. We can be in some weird time period with some wacky guest star doing some insane genre exploration or mash-up, but at the end of the day, it has to be about a family.”

And that’s why we love this show.

Legends of Tomorrow airs Tuesdays at 9:00 on The CW.