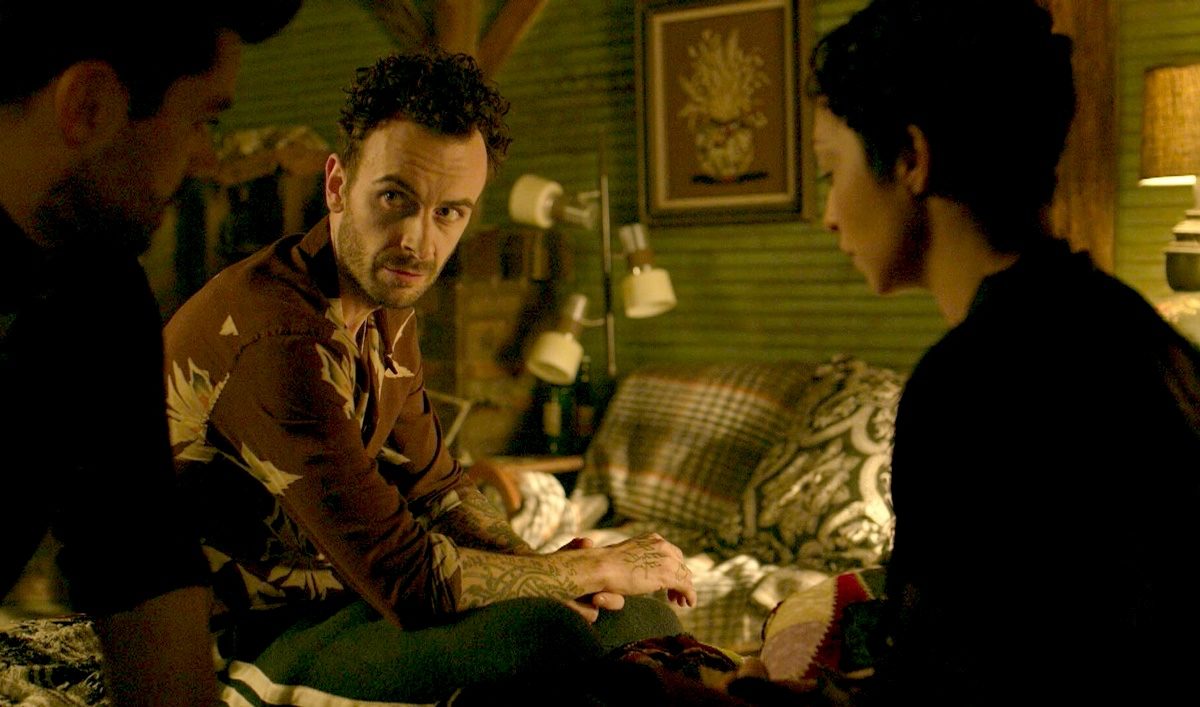 For those of you who aren’t familiar, Cassidy is one of the three protagonists of the action-horror series Preacher, on AMC. I could write a novel on all of the ways that Preacher manipulates and subverts expectations, but Cassidy (and what he represents for the action genre) is such an interesting, refreshing character that it would be a crime not to give him his very own tribute as the series nears its end later this month.

Over the course of the last decade, some pretty significant strides have been made when it comes to LGBTQ+ representation in film and television. Trailblazing shows like Will & Grace and Glee gave us queer protagonists who were developed beyond more than just one-note side characters, and since then, there has been a slow but steady increase when it comes to representation. Today, you can find a significant variety of shows featuring LGBTQ+ characters, from reality TV shows like RuPaul’s Drag Race to Emmy-nominated dramas like Pose.

This representation has only continued to expand as the television landscape has diversified, but not all genres are created equal. While it’s fairly easy to find a comedy or drama featuring an LGBTQ+ protagonist, I’ve noticed that one genre, in particular, seems to be significantly more lacking when it comes to representation: action.

It’s no secret that action (in both film and television) has a reputation for being a genre full of red-blooded men, scantily clad women, and buff, machismo-fueled male protagonists. Unfortunately, in most cases, preconceived notions of what an action hero is “supposed” to act and look like limits the amount of LGBTQ+ characters featured in action shows.

Proinsias Cassidy takes those preconceived notions and tears them into a bloody pulp. Played by Joseph Gilgun, Cassidy is a 119-year-old drug-addicted Irish vampire … who also happens to be unapologetically bisexual. Accompanying Jesse (Dominic Cooper) and Tulip (Ruth Negga) on their journey to find God, Cassidy serves not only as comic relief, but also as a third leg of the main love triangle, as well as a (somewhat surprising) emotional core for the show.

Over the course of the past three seasons, Cass has grown beautifully. Although he’ll always be an addict and a mischief-maker, he’s become a fully-fledged protagonist in his own right—often acting as a foil for the clean-cut, more traditional action hero that Jesse represents. While Jesse is commanding, principled, and sometimes arrogant, Cassidy is irresponsible, slippery, and has fluctuating self-confidence. Although he’ll always be reliable in a fight, Cassidy has a strong sense of self-loathing, which is especially pronounced when he’s third-wheeling with Jesse and Tulip.

It’s these complexities that make him so compelling to watch—and also what makes him such refreshing representation for the bisexual community. Bisexual main characters are a rarity as it is, and bisexual men even more so, but a bisexual male action hero? It’s practically unheard of. Cassidy is flawed, emotionally vulnerable, and unstable, but he can also kick ass and take names like nobody’s business. In fact, Cassidy’s first scene in the entire show is him single-handedly taking out a plane full of vampire hunters, and his sexuality is never portrayed as undermining or contradicting his capability as an action hero in the traditional sense.

When it comes to Cassidy’s sexuality, the revelation that he’s bisexual is treated with blessed normalcy. In fact, he never even comes out to anyone. His sexuality is never questioned or touted as some sort of triumph—it’s just another aspect of a deeply complex character that is revealed as the show progresses. To me, the way Preacher handles Cassidy’s sexuality is an excellent example of how to properly integrate queer stories in media that isn’t an “LGBTQ+ show.”

Instead of a weepy coming-out confession to a straight character, Cassidy just simply is bisexual, no questions asked. He fights, he drinks, he flirts—but it’s with both men and women. Cassidy’s storyline on the show is also so significant because he has serious, emotionally invested relationships with both men and women. It’s an unfortunate trope that bisexual characters are only bisexual because they’re “experimenting” with their sexuality—a notion that negatively links bisexuality with promiscuity.

While Cass certainly does enjoy having sex, his bisexuality is very clearly played as not a “phase” or “experiment.” He’s not doing it to rebel, or to take a risk. He’s doing it because he’s in love. Since the beginning of season one, he’s been pining for Tulip, but when he meets his lover Eccarius in season three, neither relationship is devalued. He loves Eccarrius just as genuinely and as sincerely as he loves Tulip—and their relationship is treated just the same as any other romantic entanglement on the show would be. 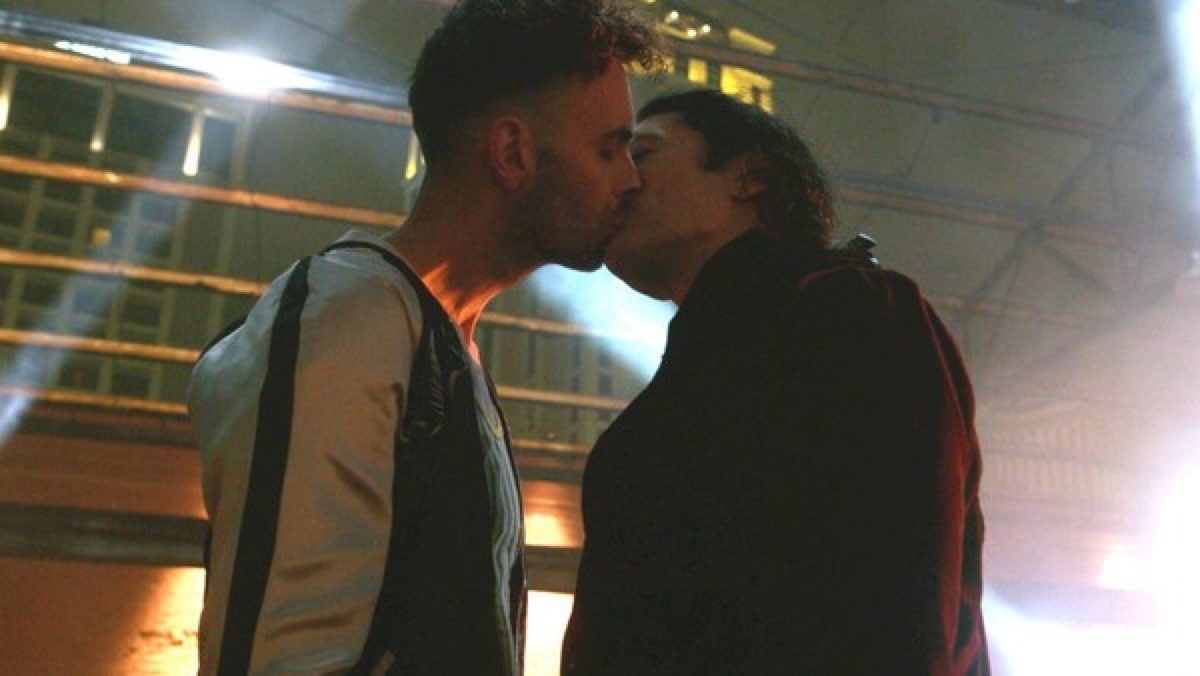 Perhaps the best part about Cassidy, however, is that his sexuality doesn’t define him, but it also isn’t a non-issue. Far too frequently, queer characters seem to be on either one end of the spectrum or the other—either their entire arc is based around the fact that they’re queer, or it’s briefly alluded to in order to check a box when it comes to representation. For Cassidy, his bisexuality is a facet of his personality that’s equally as important as the rest of who he is, but it still doesn’t devalue his capability in any other way.

Whether or not you’re a fan of Preacher, you can still appreciate how the show (and Joseph Gilgun) have masterfully crafted a deeply emotional, entertaining, and well-loved bisexual male action lead. While Cassidy may currently be an anomaly when it comes to bisexual characters, hopefully, his status as both a fan favorite and a critically acclaimed character will encourage writers to see that the world is ready (and in desperate need of) more strong, ass-kicking bisexual men on television.