Casey Affleck "Opens Up" About Harassment...Says Nothing | The Mary Sue 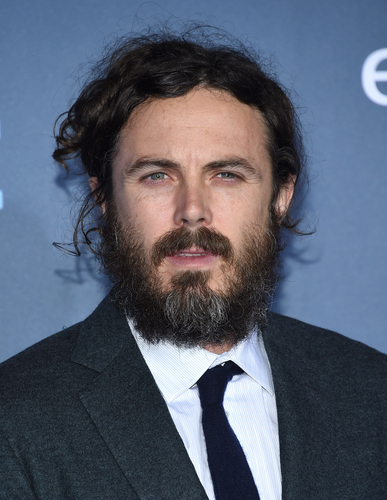 After an awards season during which few press outlets were talking about the sexual harassment allegations against now Best Actor Oscar winner, Casey Affleck, and no outlets dared asking him about it directly, the Boston Globe has finally done so. Affleck’s response is the opposite of illuminating.

In an interview for the Boston Globe, writer Mark Shanahan asks Affleck about the backlash against his win. Here’s that section of the interview in full:

On Twitter, there was an immediate backlash to his win. “Casey Affleck is avoiding eye contact with every woman in the room. #Oscars,” tweeted the viral news website Clickhole. Even fellow Bostonian B.J. Novak, a writer and producer of The Office, tweeted “Can we check Best Actor again.”

Asked about those sentiments Tuesday, Affleck paused and sighed heavily. He said both sides in the case are prohibited from commenting on the matter, and none of the people who are condemning him online know what happened.

But, he added, “I believe that any kind of mistreatment of anyone for any reason is unacceptable and abhorrent, and everyone deserves to be treated with respect in the workplace and anywhere else.”

Here’s me sighing heavily myself.

“Both sides in the case are prohibited from commenting on the matter, and none of the people who are condemning him online know what happened.” OK, whose fault is it that no one can talk about this case? Because I highly doubt that the legal team of the two women bringing the case against him had this idea. So yeah, Affleck and his legal team wanted to settle out of court, and they made it a condition of the financial settlement that neither party gets to talk about the case. If that’s true, perhaps before he and his legal team made the decision to make that part of the agreement, he should have thought of the long-term ramifications of not being able to tell his side of the story.

What’s more, Affleck says that the people condemning him don’t know what happened. It’s true, we don’t know the entire story. However, we do know some. We have the testimony of the two film professionals who made the accusations. We know what they said he did. So, it’s not that we don’t “know what happened.” We know a version of what happened, and that version is ugly and upsetting. It’s the kind of thing where, even if only some of it is true, and I were a working producer in Hollywood, I’d hesitate hiring him for anything. Not if he’s going to bring that kind of behavior onto a set with him.

It’s telling that so many of Affleck’s projects have been films in which either his brother, or his brother’s longtime friend, have had involvement post their star-making endeavor, Good Will Hunting: Manchester By the Sea (Matt Damon, producer), Gone Baby Gone (Ben Affleck, director), the Ocean‘s franchise (Matt Damon, star), Gerry (Matt Damon, star), 200 Cigarettes (Ben Affleck, star), and yes, even a role in Good Will Hunting itself.

Also interesting is that these harassment accusations came on the only project he produced and created himself. So from the outside, it looks as if, when left to his own devices, Affleck is unable to control himself or act professionally around women, whereas when he’s under the watchful eye of his brother and Matt Damon, or has other producers to answer to, there’s a buffer between him and his alleged inclination to harass.

“I believe that any kind of mistreatment of anyone for any reason is unacceptable and abhorrent, and everyone deserves to be treated with respect in the workplace and anywhere else.” This is probably the most frustrating part of his brief response. Because we’re not talking about general mistreatment of anyone. We’re talking about sexual harassment against women in an industry known for its epidemic of sexism. It’s a very specific conversation that he’s refusing to be a part of. The fact that he can’t even bring himself to even say words like “women” or “sexism” or “harassment” is also very telling. He can’t simply say, “harassment is wrong.” He has to lump it in with every other wrong that can be done to a person.

It’s similar to saying All Lives Matter. NO mistreatment of anyone is okay! Thanks, but we’re talking about sexual harassment against women right now.

This is not about his acting talent. It’s about the fact that, whether he is guilty or not, his silence makes him a part of the larger problem. He is both a building block and a product of a system that keeps women silent. That keeps conversations silent. That allows industry sexism to fester in the dark.

And now Casey Affleck has an Oscar.

(via The Hollywood Reporter, image via DFree/Shutterstock)