Carrie Bradshaw and the Dude Turn Down a Cosmo and a White Russian? Is the World Ending? 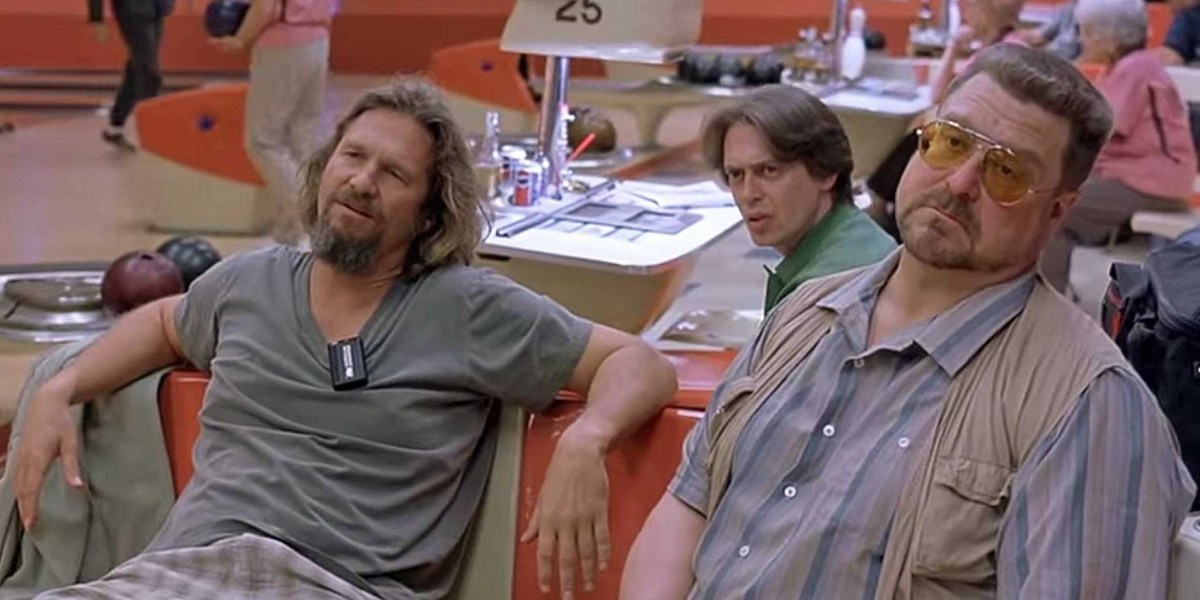 Our hopes of a sequel to The Big Lebowski were destroyed when we finally saw why Jeff Bridges donned his signature pajama and sweater look recently. The actor had shared a Twitter and Instagram video of him walking on glass, clearly dressed as the Dude, and for one brief moment, we thought that the Coen brothers had decided that it was time to pick up our bowling balls and get our White Russians ready once more.

Instead, we got the Dude talking to Carrie Bradshaw in a weird twist of fates.

Both Carrie Bradshaw from Sex and the City and the Dude have signature drinks. Every time the two would go out, you’d know exactly what they were going to order to get their nights started. So for Carrie to come into this restaurant and order a beer? What has come of the world?

To make matters worse, the Dude also comes in (with glass shattered everywhere, so what did he do?) and goes to the bar, the bartender already getting ready to make his White Russian, when the Dude mispronounces Stella Artois as he orders the beer, instead.

Everything we know is a lie, and two of the most famous characters of the last twenty years have sold out to sell beer in a Super Bowl commercial.

YOU, an idiot: Wow, this Stella Artois Super Bowl ad with The Dude and Carrie Bradshaw doesn’t make any sense.

ME, an genious in the advertising industry: I simply cannot wait to ignore public sentiment and give this nonsense tons and tons of awards.

In the year of our Lord 2019, Carrie Bradshaw and the Dude are hanging out, having a drink, and like … what if we had a crossover movie with the two of them?

Carrie and The Dude please date in season 7 https://t.co/FZMcSCLmjk

Just kidding, that would be absolutely terrible, but unfortunately, our hopes of the sequel to The Big Lebowski are dead for now—unless the Coen brothers see all our excitement over this commercial and give us what we really want. (But please let him have White Russians. No more of this Stella Artois stuff.)

At least now there is absolutely no reason for me to have to watch the Super Bowl. Stella Artois gave me the only thing I cared about early, and all sense of commitment is gone.

Unless you have more commercials with the Dude. THEN, and only then, I’m back in.

Sex and the CityThe Big Lebowski