This Ship Won’t Sink: Why Carmilla‘s #Hollstein is the Anti-Clexa 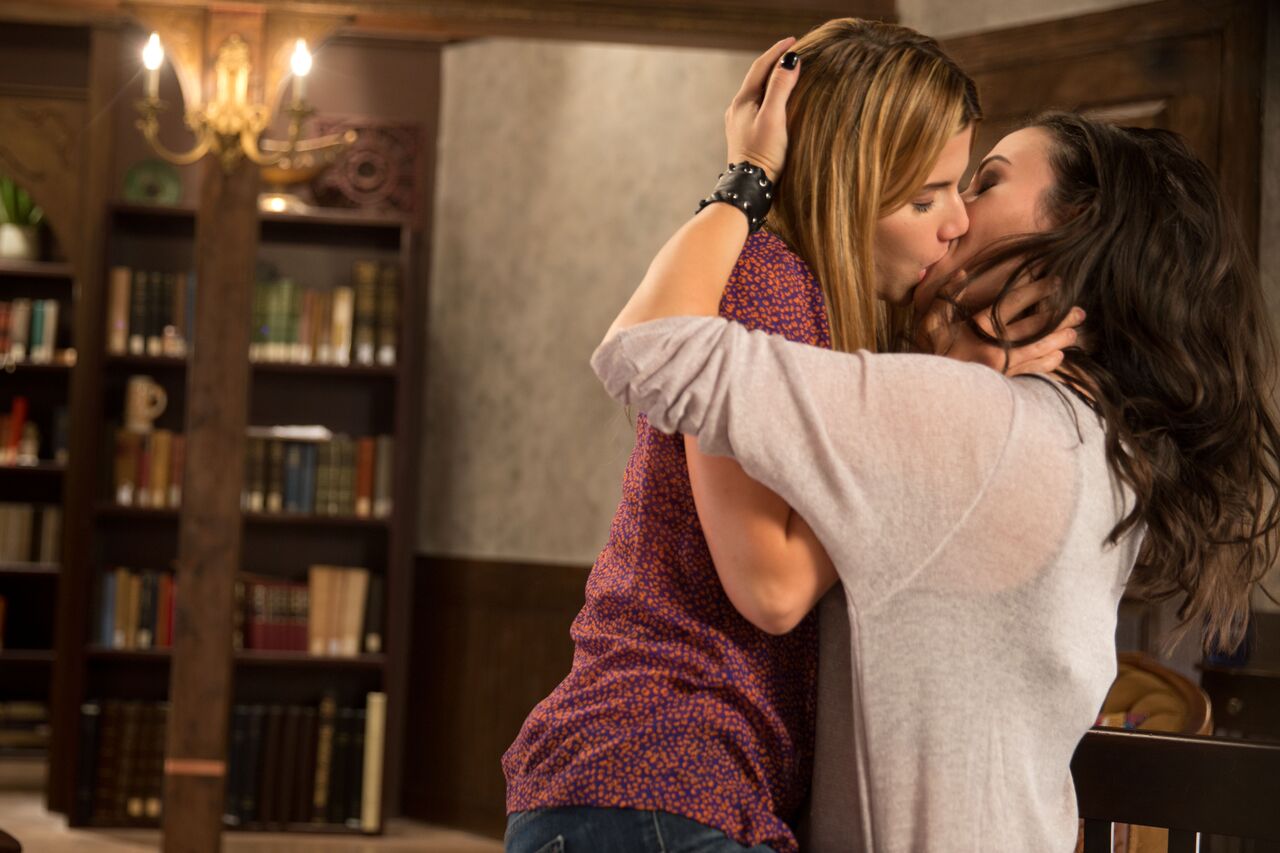 And killing off LGBTQIA characters for shock value has been going on for decades. There was the death of Tara in Buffy the Vampire Slayer‘s sixth season, in the same episode where Amber Benson finally got her name in the opening credits. Another tough one for me personally was the writers of the Doctor Who spinoff series Torchwood systematically offing all the queer main characters in the season 2 and 3 finales (with the exception of pansexual, immortal protagonist Captain Jack Harkness), replacing them with straight characters in Torchwood: Miracle Day. 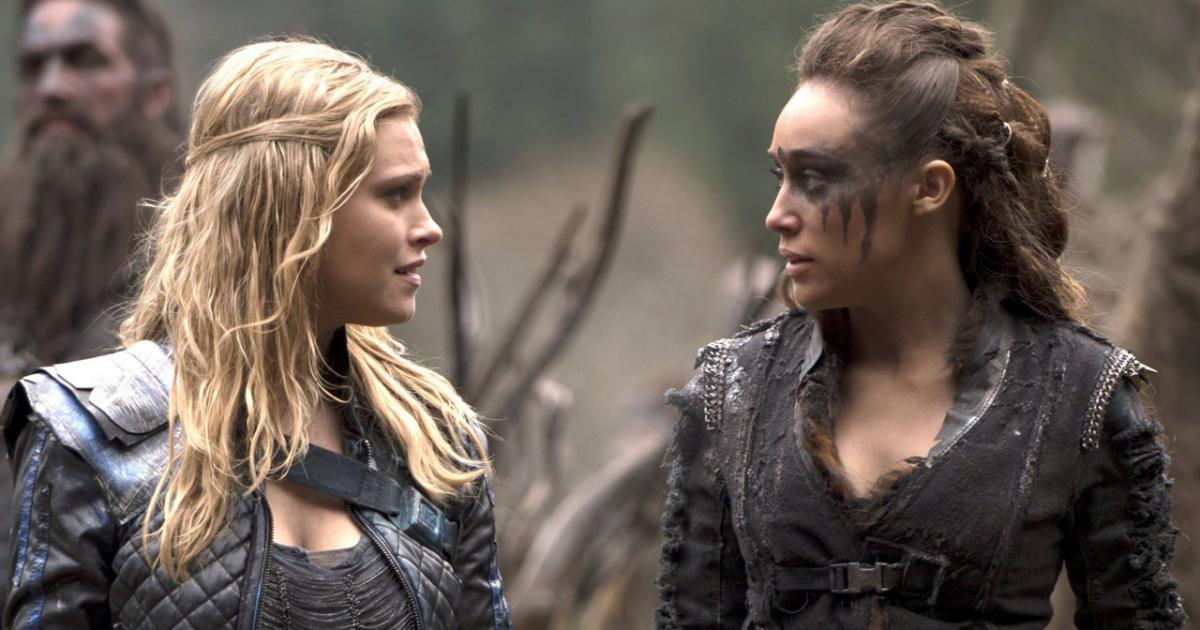 Most recently, the death of lesbian character Lexa on The 100 led to lots of controversy in March 2016 because she was killed almost immediately after sleeping with her bisexual girlfriend Clarke and because the showrunner Jason Rothenberg teased that she would pop up in the Season 3 finale. A lot of LGBTQIA fans felt like they were being baited by the show’s creators.

However, fans of the “Clexa” relationship and The 100 found a kind of comfort in the Canadian webseries Carmilla, as shown by some of their comments on YouTube. Carmilla is about an enthusiastic journalism student named Laura Hollis (Elise Bauman) and her roommate, a broody 300-year-old vampire named Carmilla (Natasha Negovanlis). The two fall in love while Laura is investigating the mystery of missing girls at Silas University. Laura and Carmilla’s relationship (or “Hollstein” as fans and shippers call it) has gone through many ebbs and flows, but Carmilla‘s writers haven’t killed either of the couple off for a cheap plot twist.

Instead, Carmilla creates conflict through relationship struggles combined with the stress of dealing with powerful, ever-shifting enemies. (Spoilers follow.) Laura and Carmilla become girlfriends at the end of season one, which eventually has a clear Big Bad: Carmilla’s mother, the Dean. (Carmilla does get tied up and interrogated for a while after Laura and her friends find out she’s a vampire.) They fall in love as Carmilla sheds her apathy, becomes a hero, and takes out the Dean with a giant sword that drains her life force. And to add extra romance on romance, they become fugitives together, leaving Silas behind as they travel through the Alps with their friends LaFontaine (Kaitlyn Alexander) and Perry (Annie Briggs). 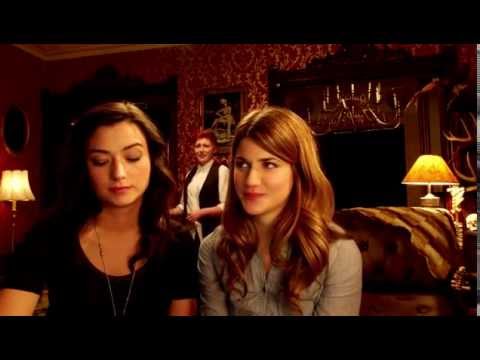 The real relationship struggles start happening in Carmilla Season 2 when Laura and Carmilla “move in” together to the fancy-shmancy visiting professors’ house. Laura wants to try to oust Carmilla’s evil sister Mattie (Sophia Walker) from being the Chairman of the Silas University Board because she thinks that Mattie is responsible for the death of some journalists from the student paper. On the other hand, Carmilla just wants to run away from it all with Laura.

Things hit an impasse in episode 15, “No Heroics,” where Carmilla expressly tells Laura that she won’t go against her sister. Carmilla confronts Laura and says that she loves the “romantic ideal” of Carmilla the heroic vampire and not the flawed person that she really is. Laura keeps pressuring her to help out against Mattie, and this leads to their breakup and a pathetic montage featuring ice cream and Wuthering Heights.

Even though the plot of Carmilla season two is centered around academic bureaucracies featuring vampires and their hunters, the reason for Laura and Carmilla’s breakup is pretty universal. Falling in love with someone is one thing, but accepting their past can be difficult, especially when that former life is a little on the darker side. And trying to fit another human being into a mold is never a good idea in general.

But Carmilla‘s writers make Laura and Carmilla’s breakup much more complicated. First, there is the comedy of them living together as exes; Carmilla’s bad habits, like never cleaning up, leaving hair in the sink and walking around in her underwear are much less cute without the rose-tinted glasses of love. On a more serious note, there is the fact that Laura and Carmilla still care for each other underneath the verbal barbs they hurl at each other, and the yellow caution tape that Laura uses in vain to mark off each other’s living space.

In episode 22, “Compulsory Violence,” the show goes straight for the emotional jugular when Carmilla asks Laura if she misses her. With a slight quiver in her voice, Bauman replies: “Like someone cut a hole in me,” a line which made every Creampuff pause the video and go to the local convenience store for a box of tissues. Then, Carmilla tells Laura what Mattie’s secret weakness is: a locket under her heart. Even though Carmilla broke up with Laura, she still cares about her safety and is willing to possibly betray her own sister to save her ex’s life.

As the season concludes and transitions into Carmilla season three, the roles of Laura and Carmilla end up being reversed; Laura is filled with guilt for killing Baron Vordenberg after he tried to execute Carmilla as part of his new anti-vampire rules for Silas University. Now, Laura is the apathetic one as she is too paralyzed by her actions to fight back against the Dean, who has returned in Perry’s body. This switch in character roles has made the relationship between Laura and Carmilla much more nuanced.

Adding to the complications is Laura and Carmilla’s attempt to be “just friends”, which is squashed by multiple makeouts and more throughout Act 1 of season three. Again, the main plot of the series involves evil gods and mystical talismans, but there is always the relatable problem: can you be friends with your ex without getting back together romantically? It’s yet another example of rich, complex drama that doesn’t involve any post-coital killing as we so often see in shows like The 100.

The ebb and flow of Laura and Carmilla’s relationship from revulsion to flirting to love to a breakup and sadness and currently friendship-with-benefits is compelling in and of itself, thanks quality writing and the sizzling chemistry between Elise Bauman and Natasha Negovanlis. Carmilla demonstrates that you can have an LGBTQIA fantasy show with tons of conflict, tension, and yes, angst without killing off an LGBTQIA character for the sake of a plot twist.