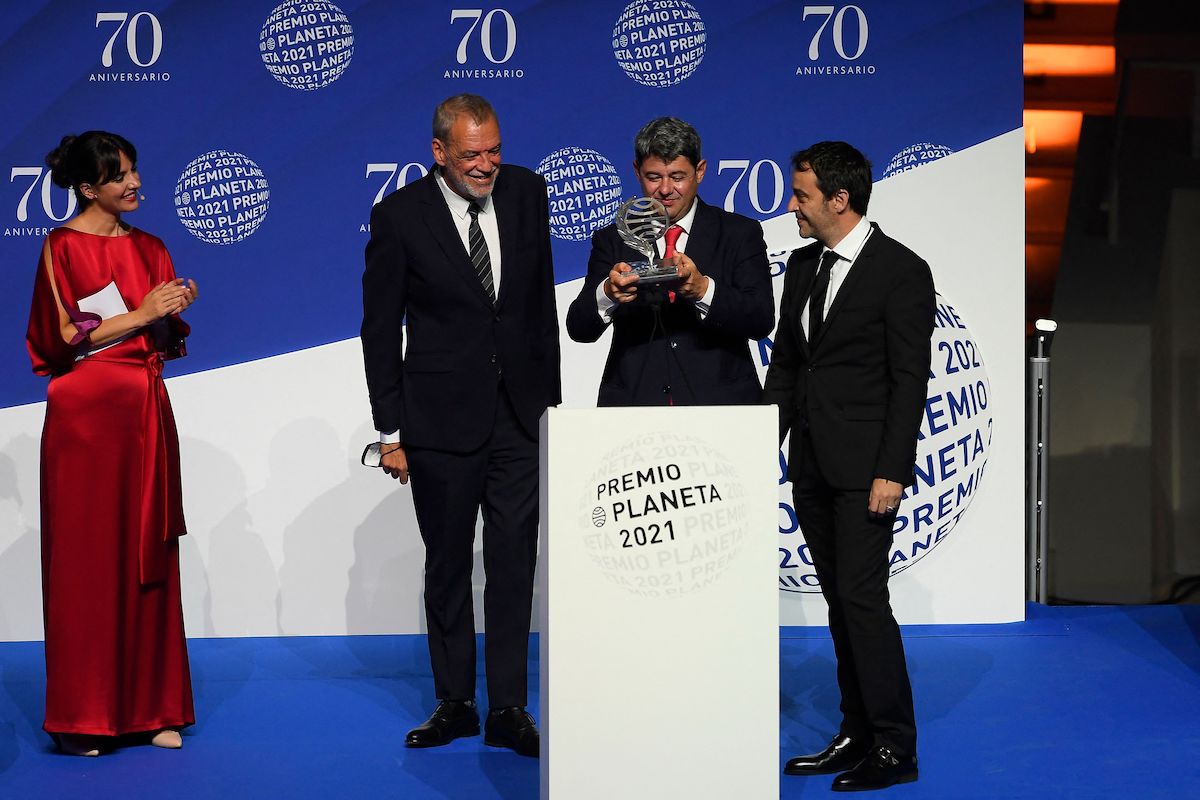 One of Spain’s most popular crime writers of recent years is Carmen Mola, a pseudonymous author whose work has been heralded as hyper-violent feminist thrillers. After winning the million-euro Planeta literary prize, Mola’s identity has been revealed to actually be three men.

The three men—Agustín Martínez, Jorge Díaz, and Antonio Mercero—are all novelists and scriptwriters under their own names, but also joined together to create Mola for, as they tell it, no real reason at all.

In an interview following their acceptance of the prize, the men deny creating a female persona to sell books, insisting that they “have not hidden behind a woman, but behind a name.” They say that they landed on the name Carmen Mola—which translates roughly to “Carmen’s cool”—after about a minute and a half of throwing out ideas of all sorts of names: “[M]en, women, foreigners …” they say.

The men are painting their choice of pseudonym as something close to happenstance—just something that happened for no real reason at all, that they didn’t put much thought into, in part because they didn’t expect so much success to come from their first book under the name.

But others are calling that narrative into question.

Writer and feminist activist Beatriz Gimeno criticized the men on Twitter, writing, “Beyond the use of a female pseudonym, these guys have been answering interviews for years. It is not only the name, it is the false profile with which it has taken readers and journalists. Scammers.”

Gimeno is also the former head of The Women’s Institute in Spain, which recently included Mola’s book La Nena on a list of books from female authors that “help us understand the reality and the experiences of women.”

Men publishing books under female pseudonyms is nothing new in the crime genre, and it’s an issue that’s always been ethically murky. In a 2017 article for The Atlantic, Sophie Gilbert wrote:

There’s arguably an implicit trust when women read thrillers written by women—a mutual understanding that each is taking the subject personally, and bringing their own experiences to the stories at hand. “Women authors,” [thriller writer Karin] Slaughter explains on her site, bring “a different perspective” to stories about abuse and sexual assault. That’s not to say male writers can’t empathize or can’t channel the same kind of emotional intelligence the best female writers bring to crime fiction. [Male writer Martyn] Waites says he’s particularly proud of one of his Tania Carver books that deals with the topic of domestic violence. But he also acknowledges that he reads crime fiction by female authors and is aware that many of them write scenes he would feel uncomfortable trying to get away with.

Martínez, Díaz, and Mercero didn’t just pick a name, they crafted an identity that seems specifically designed to elicit that sort of trust from their readers. While Mola was known to be a pseudonym, the team behind her had told the press and the public that the woman behind the books is a mother and university professor in her 40s who just wants to protect her own privacy.

“It hasn’t escaped anyone’s notice that the idea of a university professor and mother of three, who taught algebra classes in the morning then wrote ultra-violent, macabre novels in scraps of free time in the afternoon, made for a great marketing operation,” writes the Spanish paper El Mundo, even if the men deny that they’ve ever even really given a thought.

It’s one thing to write stories about and for women, but to pretend to be able to tell a story by women is obviously very different. For these men to craft this identity and to accept not just praise and money, but also a space carved out for marginalized perspectives in literature, is really gross. Who knows how they’re feeling right now, as they’ve received lots of criticism in the days since they revealed their identities, but I’m guessing their million euros are giving them plenty of comfort.

(via The Guardian, Vice, image: JOSEP LAGO/AFP via Getty Images)