The Mandalorian: Cara Dune a Fan Favorite, Gina Carano Is Why | The Mary Sue 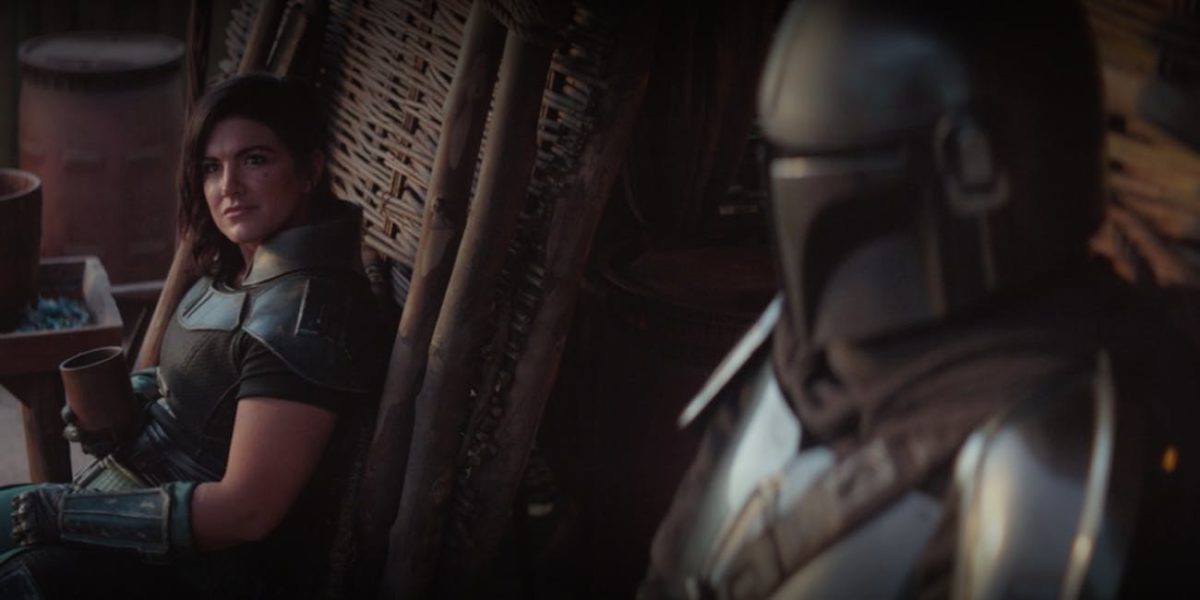 I loved Cara Dune before I ever saw her. When press for The Mandalorian was happening in Los Angeles, the Mary Sue staffer who attended sent me the Funko they gave out as a gift—a Cara Dune Funko, and the minute I saw her Rebel tattoo, I fell in love, and that love only grew as I watched her fight alongside the Mandalorian.

What makes Cara Dune isn’t just her as a character, because look, almost every Star Wars character has something to love about them, but it’s about what the actor brings to the role that turns them from a fun character to one we would willingly die for. So, a lot of why we love Cara comes from the power behind Gina Carano’s perfect performance.

During the “Cast” episode of Disney’s behind-the-scenes Mandalorian documentary, Disney Gallery: The Mandalorian’s, I was surprised by how much of the episode focused on Carano. Sure, there were moments for Pedro Pascal as the Mandalorian and Carl Weathers as Greef Karga, but everyone turned to praise Carano, and I found myself sobbing on my couch at 1 in the morning.

In true Jon Favreau fashion (meaning he makes up his mind for who he wants in a role and fights for them—see also Robert Downey Jr. for Iron Man), he made the decision from the start that he wanted Carano to take on Cara Dune, so much so that Pascal even pointed out that it was Carano in the concept art for Cara, and he wasn’t even sure that she’d been spoken to at that point.

“This was the finalized concept… @ginacarano did all of her own stunts so she wanted her costume to be comfortable when throwing and taking punches and falls so this meant less armor and more form fitting.” – @brianmatyasart #StarWars #TheMandalorian https://t.co/47jju7J0Mj pic.twitter.com/nclFmOfRTm

What got me, though, is that throughout the entire section talking about Carano, she couldn’t seem to take the compliments being thrown at her—not in a bad way, but in that sort of self-conscious way that many of us often experience. I can’t speak for Carano, but I understand that mindset when someone is telling you something they like about you and you still feel like brushing it aside.

When Pedro Pascal points out that he recognized her instantly in the concept art because of her work on Haywire, she seems to say thank you in this way that just feels like she was given the greatest compliment, and I can’t stop crying because I personally think Carano is incredible, and to know that she’s faced a lot in her career and even now in her acting somehow makes her that much more special to me.

Yes I am still crying over Gina Carano in Disney Gallery: The Mandalorian thank you for asking. pic.twitter.com/FFqcspt1YF

Seeing Carano take on Cara Dune wasn’t just about seeing a woman in Star Wars. We’ve had that, and we’ve had it since the beginning, but it’s refreshing seeing Carano bring this new strength to the screen where it isn’t about being imposing, but rather just that she’s a woman who is strong and powerful, but that doesn’t have to be everything that defines her.

I’ve cried a lot over this because seeing the vulnerability that Carano shared was inspiring. Sure, she did brush off the compliments and shifted them onto the brilliance of working with the three men who embodied the Mandalorian armor (including Pascal), or how incredible Carl Weathers is, but still, it was clear how being complemented by the likes of Jon Favreau, Pedro Pascal, and Carl Weathers hit her.

While I would fight alongside Cara Dune without any questions, this episode of Disney Gallery: The Mandalorian has proven that I would also do anything Gina Carano asked me to do.