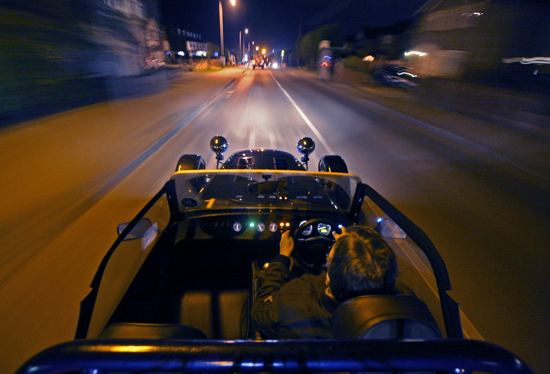 Folks over at the Massachusetts Institute of Technology have crafted what they are calling an “intelligent co-pilot”  for cars. Essentially, the car performs a series of calculations whilst someone is driving and then decides whether or not it needs to take the wheel to avoid any unfortunate accidents. Most programs of this kind are set to perform autonomously and let the user sit back and enjoy the ride but this one instead only steps up to bat when something goes horribly wrong.

Which is probably a good thing, considering I’ve seen I, Robot and all. The innovative safety system was developed by two men: Sterling Anderson, a PhD student from the Department of Mechanical Engineering and Karl Iagnemma, a research scientist in the Robotic Mobility Group. So far, they have ran more than 1,200 trials with very few collisions. Those that did happen resulted from glitches in the camera that caused the program to not recognize obstacles for what they were.

The car’s speed, stability, physical attributes, and the driver’s performance all factor into whether the system assumes control. Anderson explains it best in this accompanying video:

This is a far way from being implemented, of course, but could likely influence the design of future generations of cars. The push to automate driving to avoid human error has only increased as of late. If not this, we’re sure to see something like it.