Phasma costumes for everyone!

Halloween is coming up and why would you dress up as something offensive when a Captain Phasma costume exists? Captain Phasma, played by Gwendoline Christie, looks amazing so of course children and adults and pets alike will want to dress up in that badass suit. Disney even markets the costume on their store as just for “kids,” so boys and girls can be the coolest kid on the block. However, Bleeding Cool noticed a different message on a costume at a retail store in the United States (Editors Note: This article originally said the “Boy” costume was at a Disney store, it has since been corrected). 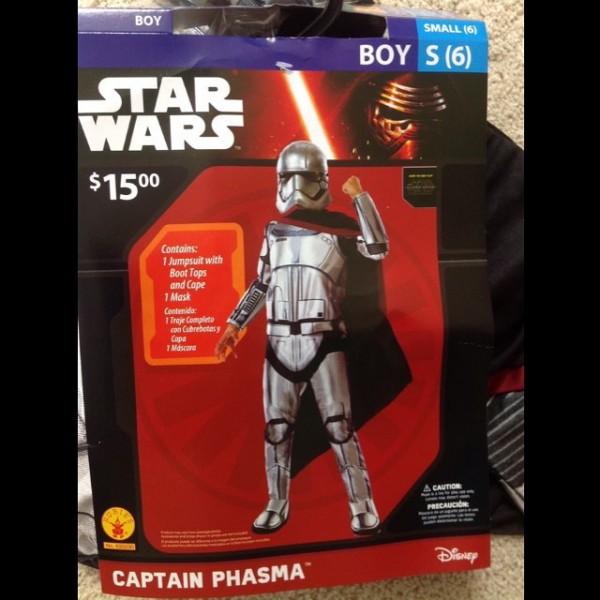 The post went on to say that there was no girl option, which seems very wrong. Consumerist spoke to Rubie’s Costume Company, who makes the costumes for Disney. They responded that the costumes were originally meant to be labelled “boy” and “girl” before switching to unisex packaging.

However, a small amount of product inadvertently surfaced in the market place with the ‘BOYS’ package, and for this we sincerely apologize.

It’s a bit weird that there are no “girl” Phasma costumes floating around, but there you have it. Listen: if Star Wars officially already laid the smack down about female armor, why do we have to keep revisiting this? Phasma costumes for everyone!