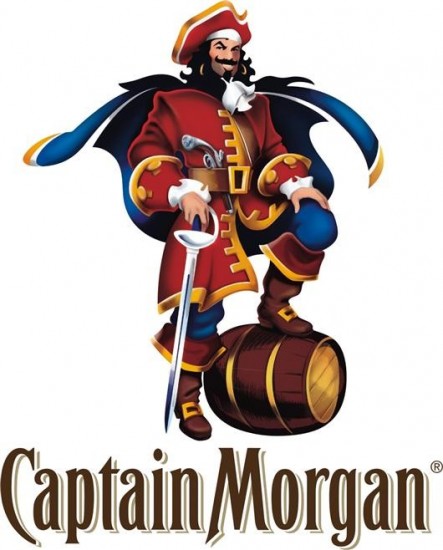 Yes, that Captain Morgan. The pirate representing the rum brand has led doctors to develop a new way to “reduce” (put back in place) a hip dislocation. When a hip is dislocated the head of the femur (aka. thigh bone) comes out of its proper alignment in the acetabelum, which is the socket part of the hip. This is usually treated by a doctor pushing the bone back into the socket, which is a delicate task that should only be attempted by a physician.

Writing in the Annals of Emergency Medicine, several physicians report that there may be a better way to correct hip dislocations. It is the rum brand’s mascot, Captain Morgan, who inspired the new technique. Captain Morgan always appears with one leg up resting on a barrel, in a pose that has become iconic. That pose is actually useful for doctors to reduce a hip by putting force on the joint.

The case study of 13 patients was reported by Gregory Hendey, a professor of clinical emergency medicine at the University of San Francisco. The technique proved successful in 12 out of the 13 patients, but the physicians have not yet determined if it is any faster, easier, or has fewer complications than other positions for reducing dislocations.

Still, even if it isn’t better for the patients, Hendey maintains that the position is much safer for doctors. In an interview with NPR he said:

“We actually started the technique in our hospital a couple of years ago. One day, while watching a Captain Morgan’s commercial, it just struck me that that’s the position we do.”

Some techniques for hip reduction, like the Allis Maneuver, are precarious for doctors. They can injure their backs or fall from a patient’s gurney while trying to force the femur back into the socket. The “Captain Morgan position” eliminates that threat. Of his other doctors Hendey says, “Once they start using the Captain, they never go back.”

The technique obviously needs considerable further study before it would even be considered for mainstream adoption. But, the fact that the doctors give the Captain his due is interesting, and perhaps the first time the rum brand has appeared in a scientific journal for having a positive effect. Would it be too much to say these doctors have a little Captain in them? Probably.

(via NPR, image via Captain Morgan)