Captain Marvel vs. Wonder Woman: Y’All Are Acting the Same Way Ya Did in 2017 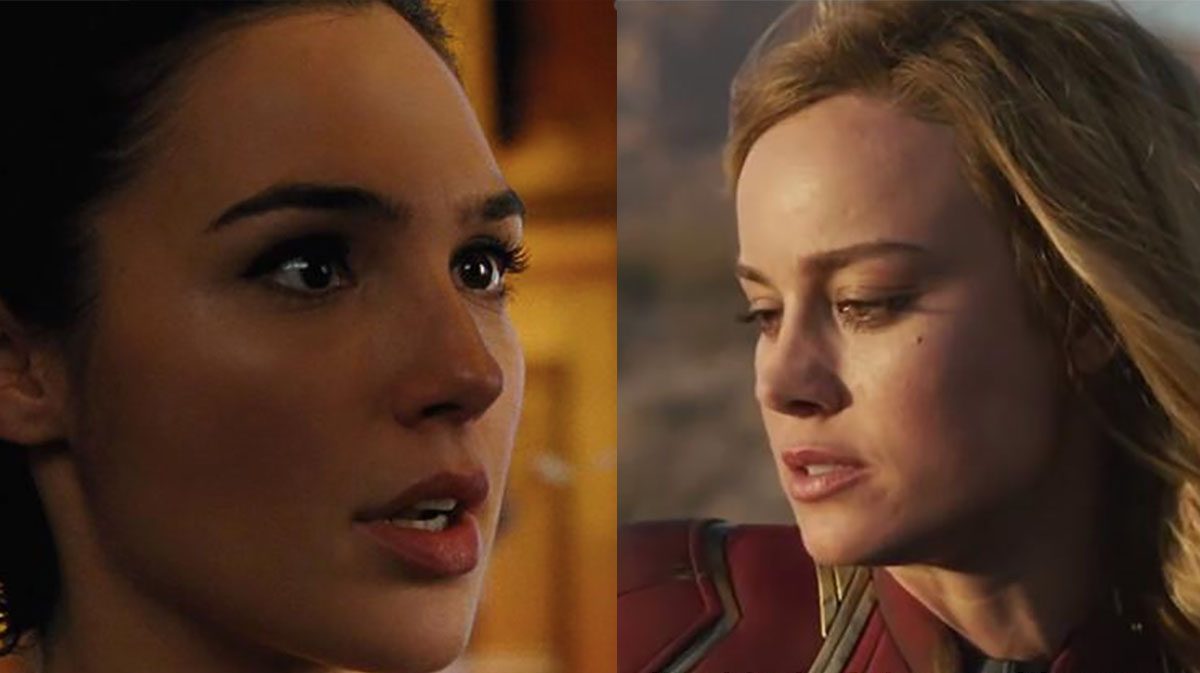 When you take to the internet to point out that both Captain Marvel and Wonder Woman are for the next generation, you expect some pushback—or at least, I did. With the tense nature of the discourse surrounding Captain Marvel, I figured that there would be a few Twitter users who were mad at me for insinuating that they seemingly can’t be a fan of something (not my point, but they can’t really understand comprehensive reading).

What I didn’t expect was a complete erasure of the era before Wonder Woman came out.

To all the men who complain about Wonder Woman and Captain Marvel, it isn’t for you. Hell, as much as I love them and cry, they aren’t for me either. They’re for the little girls and boys who get to look up and see these heroes and know they can do it too. pic.twitter.com/SccfBjVIAX

This simple tweet brought a wave of random men out of the woodwork to tell me that no one had been mad about Wonder Woman, which is an impressive level of revisionist history.

It got to the point that another Twitter user helpfully DMed me a PDF of all the Rotten Tomatoes reviews bashing Wonder Woman for her “feminist” attack on men. And, if you watch the movie, that’s not what happens at all. She just … exists in a world with men, which many of us do, and not once does she bash a man. She’s intrigued by them, wants to learn about the world of man, and if anything, just tells Steve Trevor that what she does isn’t up to him.

None of that is bashing men or forcing a “feminist agenda” down anyone’s throat. It’s just telling the story of Diana Prince, which we don’t get, as women, apparently.

So now, with Carol Danvers and the release of Captain Marvel, we’re hitting the same wall we did with Wonder Woman. Men are screaming about the film and that it’s pushing a message of hatred for men (which again, not the case in any scenario).

Amid all the nonsense screaming, the responses I do love are the men who are just supportive of the movie, excited to share it with their own children or just watch it themselves and be happy. They realize that my “generalization” isn’t a knock against them; it’s just a simple way of pointing out the men who are acting like jerks about Captian Marvel and searching for anything they can latch on to for bashing the movie.

Is this going to happen every time a female-led superhero movie comes out? Or will we finally come to some kind of balance where we can just exist in the same sphere as male-dominated films? As Brie Larson pointed out, she’s not taking away anyone’s seat at the table; she’s just buying us all a bigger table.

Here’s how I have to go through my Twitter replies now:

So, is Captain Marvel for all of us? Yes, of course, she is. We’ve waited ten years for this movie. My point is that the significance of this movie is more for the children who get to look up and see a female hero fighting alongside Captain America, so take your anger and maybe use it constructively, rather than crying because you misunderstood a simple sentiment about how important this movie is for kids.