No word yet on whether this new origin will carry over to the MCU film. 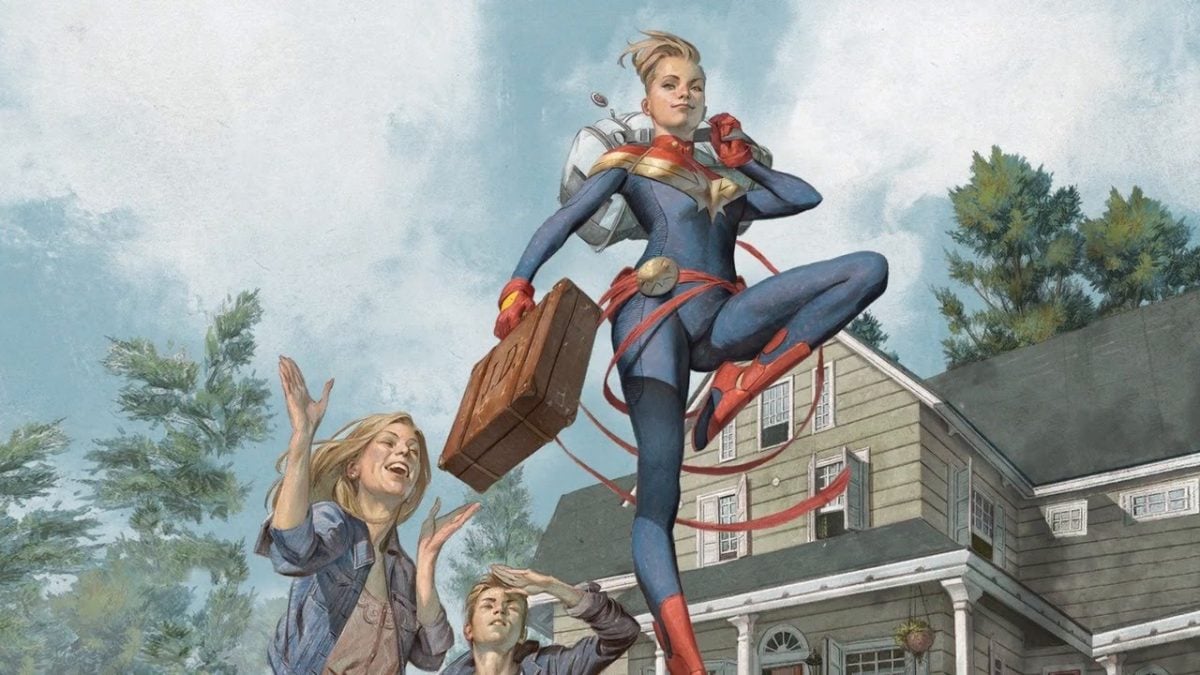 In the issue, we discover that Carol’s mother Marie is in fact a Kree alien in disguise, and Carol is a Kree/human hybrid. Marie’s real name is Mari-Ell, with Carol’s being “Car-Ell”, which draws even more parallels between Carol Danvers and DC’s Kara Danvers, or Kara Zor-El (come on guys, pick some different names).

This new origin is more straight-forward than Carol’s original backstory, where she finds herself caught in the blast of a Kree super weapon known as the Psyche-Magnetron. In the blast, her DNA gets combined with that of the first Captain Marvel, a Kree warrior named Mar-Vell (who was also Carol’s sometimes boyfriend). Now, the Psyche-Magnetron explosion activates Carol’s dormant powers instead of creating them. 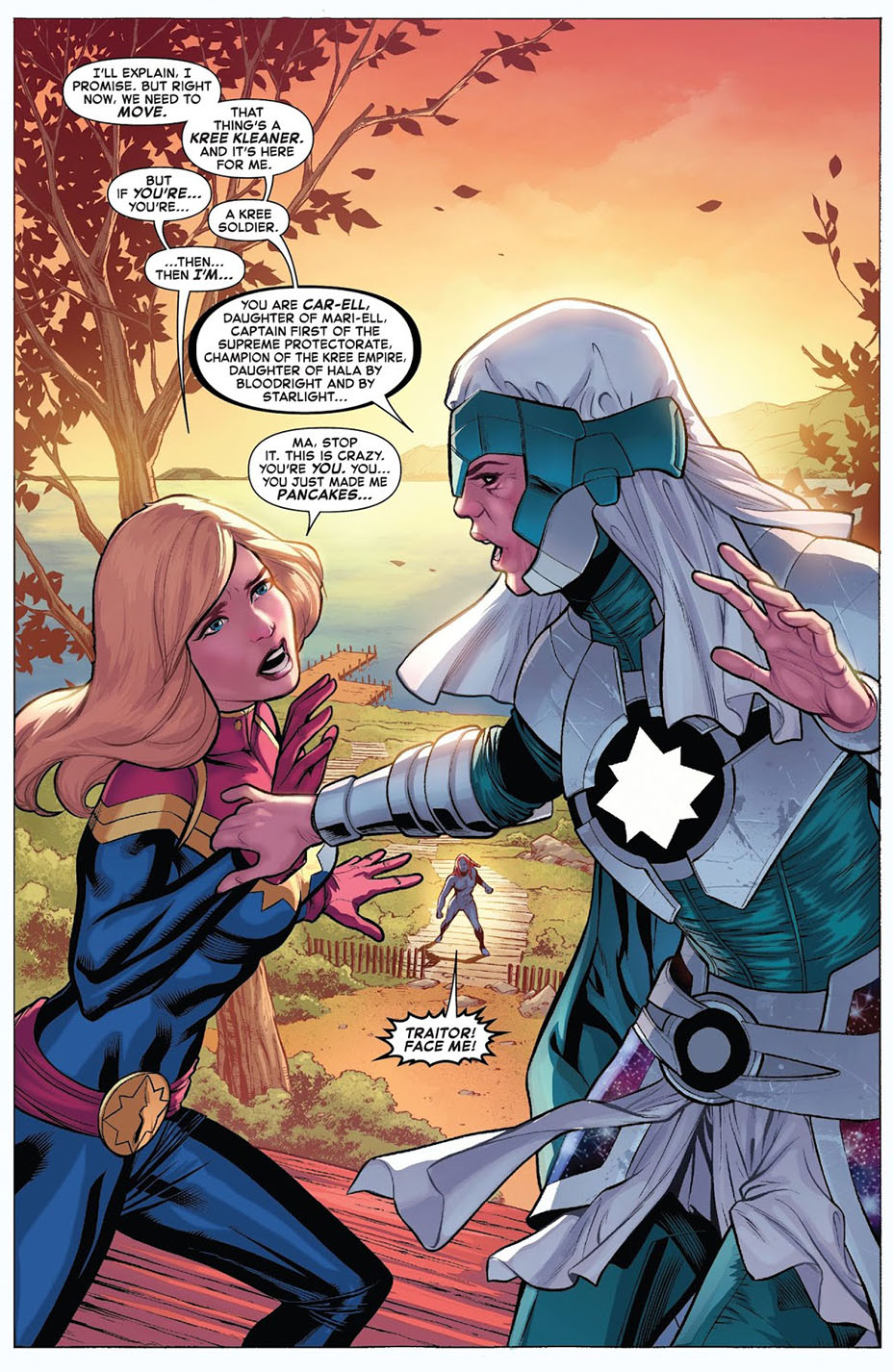 This new origin story is an exciting plot development, as it makes Carol’s powers innate to her (and her mother) instead of the result of her relationship with a man. This also makes for a promising development in the upcoming Captain Marvel movie … if the movie follows the new origin story.

We already know that Annette Bening has joined the cast in an unspecified role, which means she could very well be playing Marie Danvers, Kree warrior mom. I could not be more excited about this, as I am always down for the MCU to feature women of a certain age with powers. This could also change Marie’s narrative as the victimized wife of an abusive, alcoholic husband. This new women-driven origin story centers on feminism and female power, which is what we want to see in a character like Captain Marvel.

The Kree/human hybrid origin for Carol is classic cinematic trope: a character born of two worlds but fitting in to neither can been seen everywhere from Aquaman to the Chilling Adventures of Sabrina. It’s an easy narrative shortcut to describe a character at war with themselves. We’ll have to wait until March 8th, 2019 to see how Carol’s origin story plays out on the big screen.