This is the best reaction to this news that we've seen so far. 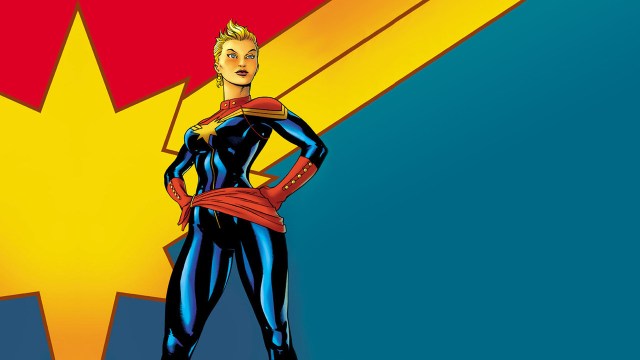 It’s hard to know how to feel about the recent passing of Fred Phelps, in no small part because he did a lot of terrible things and was generally (and rightly) seen as an extremely bad person. But, Matt Fraction and Kelly Sue DeConnick are here to make things a little easier for you by giving a bunch of their hard-earned comic book money to charity. Aren’t they the best?

Both Fraction and DeConnick curate a collection of T-shirts for We Love Fine based on their current comic publications; Fraction curates the Hawkeye shirts, naturally, and DeConnick does the same for all the Captain Marvel garb. As “partners,” they get a small cut of the profits, which they already contribute to two different charities, because they didn’t just become the best overnight. But today, to mark the passing of the infamous Westboro Baptist Church leader, they’ve both announced that they’re also going to match whatever their daily cut ends up being.

Here’s Fraction on his Tumblr page to explain it better than we can:

basically: i get a cut on the shirts i curate from WLF. I give that cut to FWV quarterly. Today, whatever shirts sell from the store, i’m gonna figure out what that cut would be, personally double it, and write Futures Without Violence a separate, special, check, in Phelps’ memory.

DeConnick has also promised to contribute money in Phelps’ memory, though she’ll be splitting her amount up. The profits from her Captain Marvel shirts will go to the Girls’ Leadership Institute as usual, but she’ll match whatever that amount is and send that to The Trevor Project.

If you’re not a fan of either comic book or if you’d just prefer not to buy a t-shirt today, then you should consider making a charitable donation to some other group instead, particularly one that’s local to where you live .(If you’re in New York, GLESN is a pretty great one in my opinion.) No matter what, this is a great way to make Phelps’ death less about spitting on his grave and more about taking positive steps to completely undo his legacy.