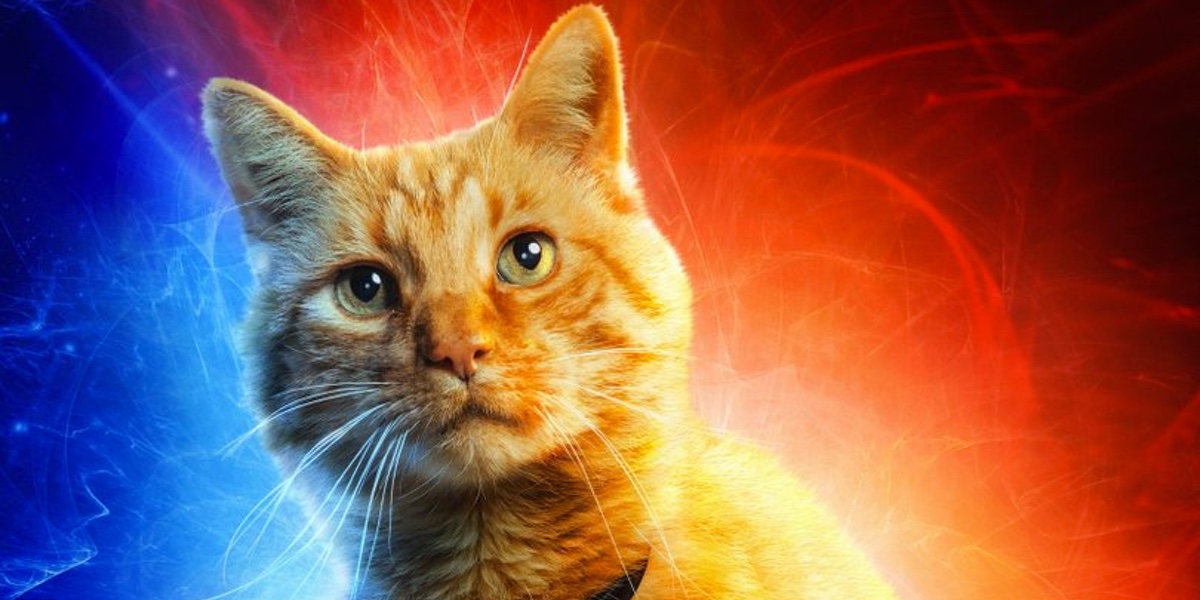 The acting! The humor! The cute li’l paws! Goose stole the show in Captain Marvel, and the creative team knows this. Thankfully, they’re playing to the fandom’s love of the Flerkin in disguise and giving us more bonus Goose content on the Blu-ray and digital releases.

Talking about auditioning different cats for the role sounds like a dream come true. I too want to snuggle and cuddle a variety of adorable cats as they scamper around and I figure out which would be the best option for Goose. This is my dream so Marvel, if you need someone to be a cat wrangler, please let me know.

The aesthetics of the video are also perfect in an after-school special kind of way. Leaning hard into the nineties aesthetic is a perfect way to give audiences a rush of nostalgia as well as add a layer of humor to the featurettes. It’s campy and fun, and who doesn’t love camp and fun.

Goose had better appear in Captain Marvel 2 somehow, though since she’s safely back on Earth it might be better if she appears when Carol teams up with the Avengers. I don’t know how long Flerkins are supposed to live but hopefully Goose is still kicking and ready for action in an upcoming film. Missing out on more Goose goodness wouldn’t negatively impact any future films but you have to admit, it’s better than spending the rest of our MCU loving lives photoshopping Goose into scenes of upcoming projects.

Do you want more Goose in the sequels, or has the cat become overrated?