Y’all. That Candyman Trailer? PHEW! Let’s Talk About It 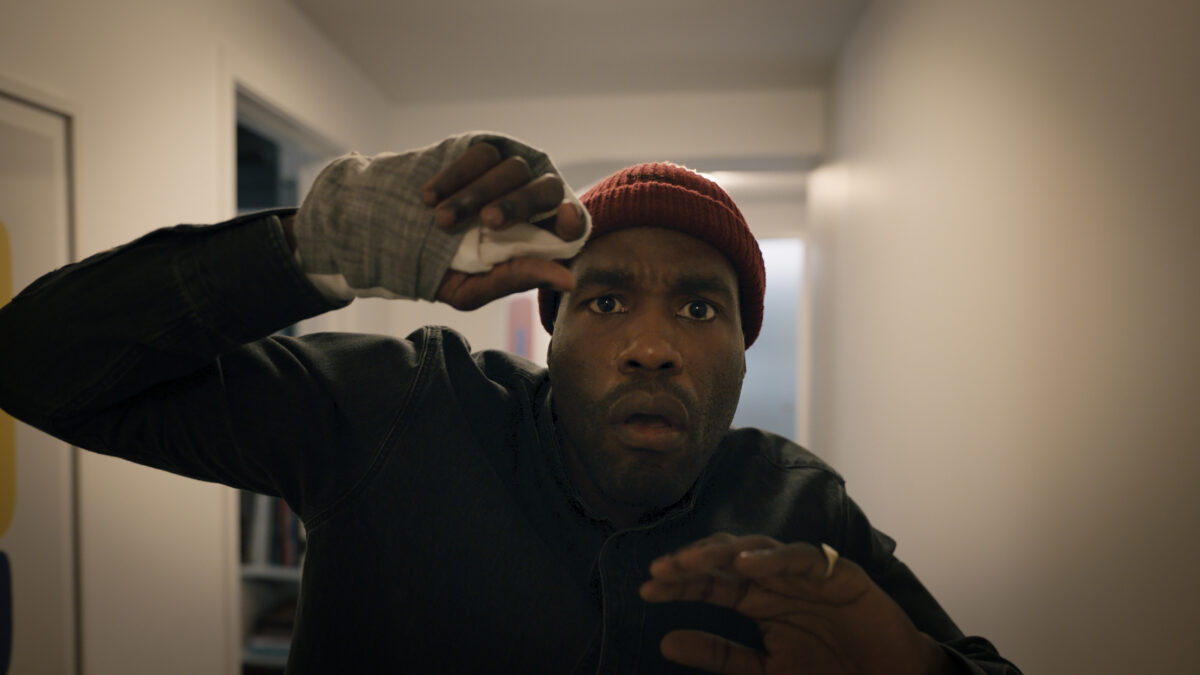 Growing up in Chicago, I remember the kids in school daring each other to say Candyman five times in the mirror. It was talked about so much that it took me a while to realize that it was based on a movie and not an actual urban legend. Still, I’ve never said his name in the mirror three times, let alone FIVE, and my entirely grown “I know it’s just fiction” ass won’t be saying it anytime soon.

That’s not the case for the characters in Nia DaCosta’s upcoming addition to the Candyman franchise. To say that this newest trailer gave me goosebumps is an understatement.

As a child who heard about, then eventually got brave enough to watch Candyman (with all the lights on, of course, and with other people), a lot of the social commentary went over my head because I was too busy being terrified. I was also somewhat intrigued because Tony Todd portrays one of the most charismatic baddies of horror.

Now that I’m older and somewhat wiser—question mark—I found myself walking away from this trailer with a lot of thoughts beyond, “You right, Black people don’t need to be summoning ANYONE.”

First, I couldn’t help but notice that Candyman’s origin story has been changed—or has it? In the original Candyman, we learn the story of Daniel Robitaille. The son of a slave, Daniel was tasked with painting the portrait of a white woman who he ended up falling in love with. The two got together, the woman got pregnant, and the woman’s father hired a lynch mob to go after Daniel. The mob tortured Daniel, cutting off his hand (hence Candyman’s hook for a hand) and covering him with honey so that bees would come along and sting him to death (hence the bees).

I can’t help but think that switching Candyman’s tormentors from slave owners to police officers is very poignant. It also fits with the way urban legends work. The story can change as it’s passed through generations, and with our lead character, Anthony McCoy (played by Yahya Abdul-Mateen II), being the grown-up version of the baby Candyman kidnapped in the 1992 movie, I think the origin story has shifted to reflect one of the biggest fears Black people face today: police brutality.

This also lines up with the part in the trailer where we’re told that Candyman ain’t a he, Candyman’s the whole damn hive. Candyman isn’t just a slave murdered by a racist white mob, he’s the embodiment of the things that continue to harm the Black community, hence the progression of murdered by slave owners to murdered by cops.

In fact, the trailer flat out says that Candyman was innocent, wrongfully accused of putting razors into candy.

This leads to another observation: the razors in candy scare. Much like Candyman himself, I grew up hearing stories about how parents needed to check their child’s Halloween candy for razors, needles, and all sorts of objects that would hurt us.

While there are many sources today that demystify the fear, it’s still something that gets talked about, and there’s still an urge to make sure that nothing sharp and pointy is in that Snickers. It’s interesting to see that paired against a very real, very present fear of police brutality, something that Black communities have been dealing with for years.

After all, Rodney King was beaten by the LAPD in 1991, a year before the original Candyman was released. In fact, the officers behind King’s beating were found not guilty in 1992.

Having something like razors in candy, a fear that’s been proven to be blown out of proportion, running parallel with police brutality, a fear that’s constantly proven to be real, makes for good commentary. Even today we’re still trying to prove the severity of police brutality. While the candy scare stems from stories flat out stating that there was no evidence, it was taken seriously immediately. Meanwhile, there is a countless amount of video evidence of Black people suffering at the hands of the police that spans across decades, yet it’s still a fight to get people to believe our lives matter.

And then the trailer goes on with, “Say his name.”

Say his name has a tragic connotation these days, usually associated with Black people who have been wrongfully murdered by law enforcement. It’s a reminder of who these people were with a sad realization of being a Black person with a trending name could very well mean that you’re no longer alive. But also, saying Candyman is dangerous. You don’t want to summon that kind of malevolent force because it’ll get you killed. At the same time, there needs to be a conversation about the brutality against us that leads to this level of destruction.

It’s complicated, and I think that’s how DaCosta and the film’s creatives want it. (Jordan Peele also serves as a producer and co-wrote the screenplay with DaCosta and Win Rosenfeld.) Because there’s an understanding that yes, we need to talk about the way he was murdered, but also? Seeing Anne-Marie McCoy, Anthony’s mother (played once again by Vanessa Estelle Williams), shaking her head with that frightened, pained look on her face? Does she really need to suffer again after what she went through in the 1992 movie? Having her baby kidnapped by the very entity whose name Anthony is wanting to say?

Anthony asks, “You wanna be part of the story, right?”

His girlfriend, Brianna Cartwright (played by Teyonah Parris) says, “No.”

Because us being part of stories like this—whether it’s fictional horror or the real-life horrors we face—generally don’t end well. Ultimately, we hope that we never have to say his name.

Candyman will be released in theaters on August 27. 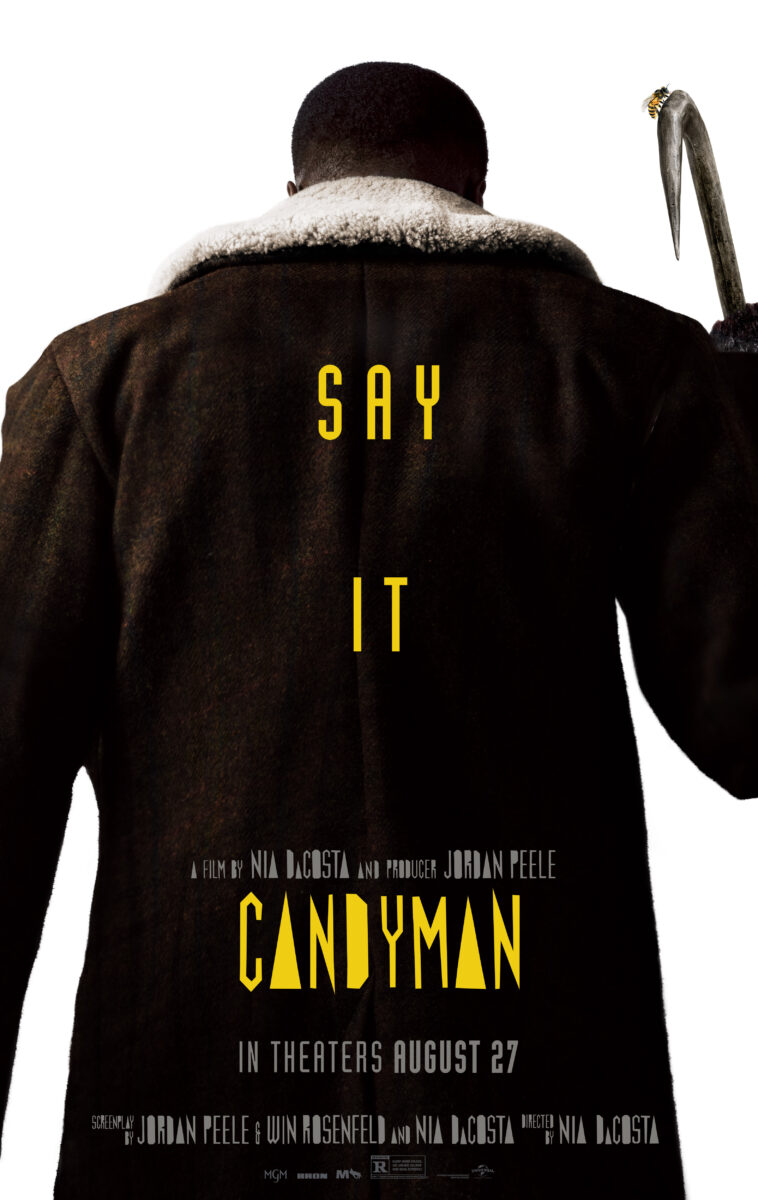