Helping cancer researchers do their work by having fun seems like a win/win. 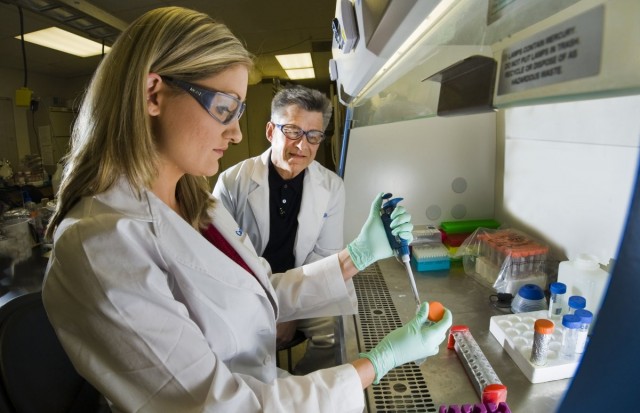 A big challenge in cancer research is dealing with the huge volume of data it produces that needs to be analyzed. There’s more data than there are researchers to look at it, so Cancer Research UK is taking a novel approach to sorting through it all. They’ve partnered with mobile game company Guerilla Tea to create a mobile game that lets players break down cancer research data in a fun way.

The game is called GeneGame, and it’s expected to hit app stores by the end of the year. It’s going to build on the products of a “gamejam” Cancer Research UK held where gamers, scientists, and designers worked to build 12 prototype games that could be used to crunch the data. Players will basically be analyzing gene data, but in a way that’s hopefully more fun than regular, boring gene data analysis.

Combining complicated cancer research data and gaming technology in this way has never been done before and it’s certainly no mean feat but we’re working with the best scientific and technology brains in the business, we’re ready for the challenge and believe the results will have global impact and speed up research.

It’s a similar strategy to [email protected], which was a Stanford University project that let people use their personal computers and PlayStation 3 systems to solve protein folding problems when the systems weren’t being used for other things. It was a big success with more than 15 million users logging over 100 million hours, and that was just on the PlayStation version.

A key difference is that [email protected] used those systems passively. When you weren’t using your computer to read our site or look at cat videos [email protected] did some calculations. GeneGame will be active, because the data processing itself is gamified. That means to have players analyze any date, they have to be playing the game. It’s a beautiful idea, but I think the success of the project will hinge heavily on how fun the game itself is.

If it’s fun and something people want to play a lot just for the sake of playing the game, then the community of gamers will contribute more data processing to the cause. If the game isn’t that enjoyable to play, people might play it in their downtime to do a good deed and help cancer research, but probably not as much.

Maybe just figure out a way to make Candy Crush do cancer research?