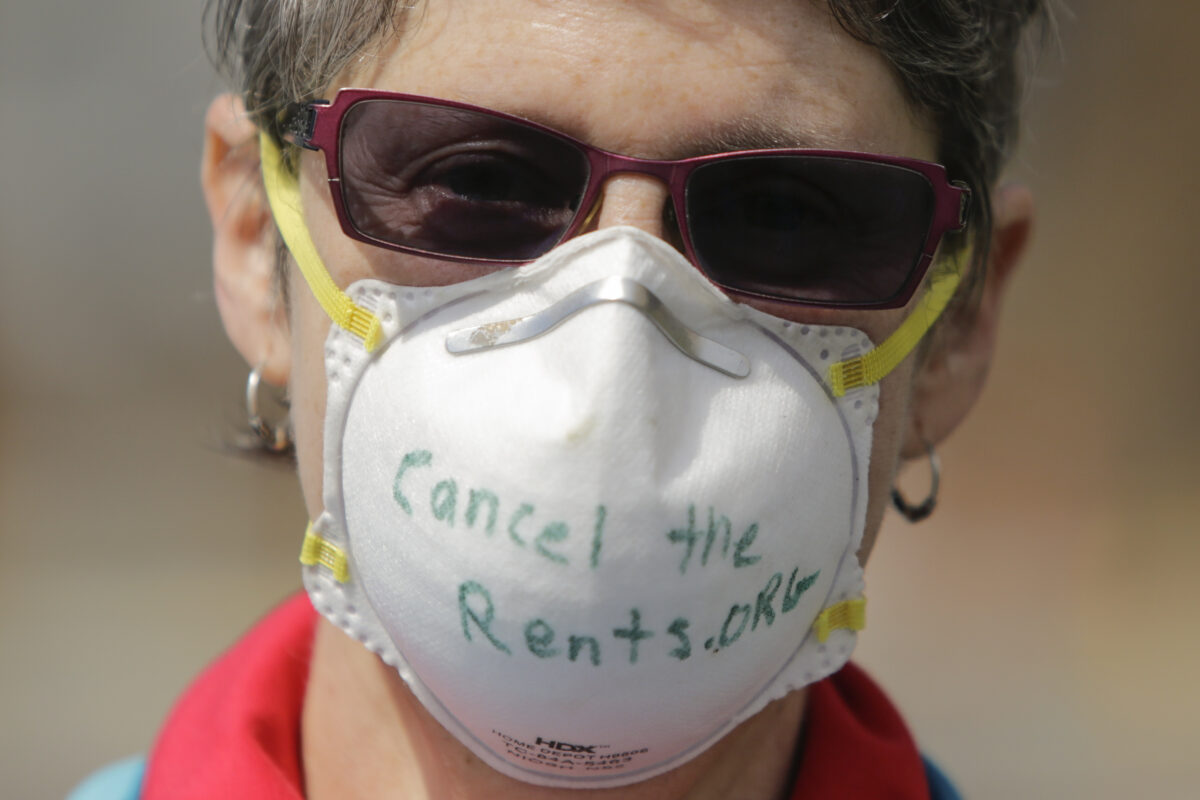 October 1st marks the beginning of the expiration of eviction moratoriums throughout the country. Starting today, landlords can start to evict their residents for not paying rent in the middle of a pandemic. In a mix of monsters letting them expire (like Ron DeSantis) and Cuomo extending the protections while said protections have plenty of loopholes for lawyers to break through, many are flocking to protests asking for the cancellation of rent.

Currently, major cities (and families everywhere in the United States) are struggling to make ends meet. From businesses shutting down to people not being able to work because of the pandemic, everyone is suffering, and with the government refusing to give Americans aid, we’re stuck in a limbo of people not being able to pay their rent and now potentially facing eviction.

Throughout the entire pandemic, renters and homeowners have been striking and speaking out about rent and mortgage payments.

The thing is … other countries did it. Italy suspended mortgage payments, and many others found ways to help their citizens. Here? We were given a check for $1200 that had Treasury Secretary Steve Mnuchin saying it should last us months. (My rent is $966, so … what?) And now they’re still fighting about whether people need another stimulus check.

So these protests to cancel rent? At this point, they’re necessary because no one seems to care or want to listen. Politicians are worried about stimulus checks looking like handouts (IN THE MIDDLE OF A PANDEMIC), and everyone is just fighting in circles instead of getting anything done to actually benefit the American people.

The protests have taken over places like Foley’s Square in New York City and throughout Los Angeles.

“No landlords, no cops, all evictions gotta stop” chant outside housing court in Brooklyn. NYC’s eviction moratorium has expired as of this morning #Housing4All #CancelRent pic.twitter.com/iVS0OgBhSE

Renters and homeowners MUST be able to stay in their homes during #COVID19.

I’ve pushed for (and won) some Federal protections – but we must pass the Rent & Mortgage Cancellation Act of 2020 to ensure ALL Americans are protected. #CancelRent

This isn’t about a “free pass” or whatever Republicans in the government think. It’s about protecting Americans. Right now, so many families have no income coming in (in contrast to how those with greater financial means to begin with are faring), and there is nothing helping them survive and stay in their homes. So, those marching to #CancelRent? Good. Keep fighting because right now, our government needs to be looking out for its citizens and their health and safety instead of trying to constantly rip off the American people.