Canada Now Has a Truck Made of Ice, Because Water Is a Solid in Canada

Is this some kind of weird winter-themed Transformers spin-off? 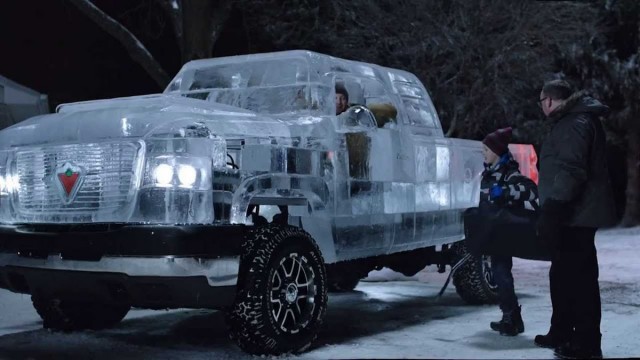 Last week, we learned that parts of Canada had become colder than the surface of Mars. Now Canadians have used their powers of extreme cold to build a truck made of 11,000 pounds of ice to prove that its battery works well in cold conditions, because just being in temperatures lower than Mars didn’t prove it enough.

The whole thing was a marketing stunt for Canadian Tire’s MotoMaster Eliminator Ultra AGM battery, and it’s pretty convincing. Here, watch what it looks like for a truck made of ice to drive around, because that’s a thing that’s safe to do in Canada, where water’s normal state is solid:

Seriously, someone give their marketing team a pat on the back. They even shot footage of the truck melting and then reversed it for a video that makes it look like Canada spontaneously forms truck-shaped beings made of ice.

(via Laughing Squid, image via Canadian Tire on YouTube)