Everything about this story is disgusting. 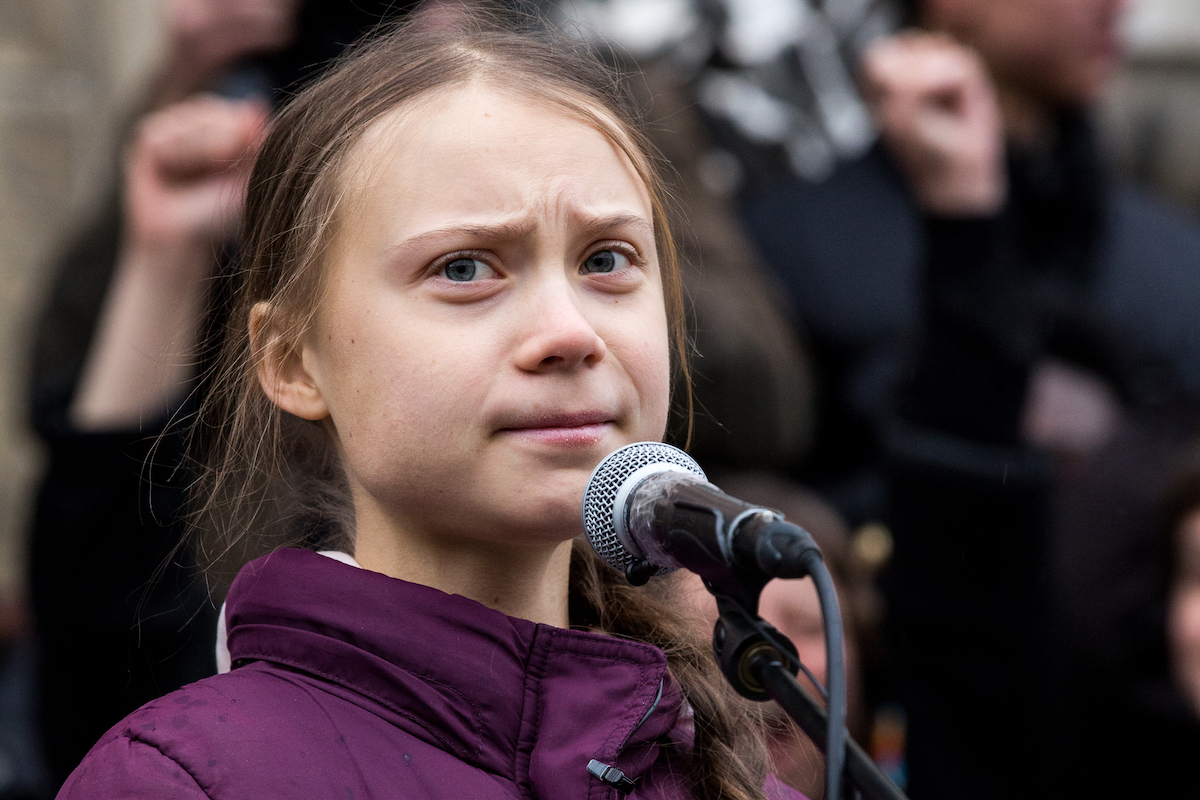 17 year old environmental activist Greta Thunberg has endured an avalanche of online and IRL abuse for simply suggesting that maybe we as a society shouldn’t destroy the planet we all inhabit together. Since her movement went global, Thunberg has been attacked by science deniers, internet trolls, and of course, Donald Trump.

These ghouls wouldn’t let the fact that Thunberg is A CHILD deter them from ridiculing and threatening the Swedish activist, because these people are disgusting. But there is always a new low to sink to, as we discovered this week, when decals featuring a drawing of a sexually abused Thunberg began making the rounds in Alberta (we will not be linking to or showing the image for obvious reasons, but know that is vile).

The image featured the logo of Canadian oil and gas company X-site Energy Services, and was allegedly handed out at work sites to be worn on helmets. The image made its way to concerned Albertan Michelle Narang, who posted it on Facebook and called out X-site for the heinous image. She later said of the decal, “Silence never creates change, … it’s sad to me (the sticker) went through a supply chain of people, who thought about it, printed it and distributed it. It blows my mind anyone would think it’s funny.”

Narang then called general manager of X-Site, Doug Sparrow, who was aware of the decal’s existence. Narang asked him “You’re okay then with having your logo attached to a sticker that depicts the rape of a child?” and says he responded by saying “She’s not a child, she’s 17.”

Sparrow says he and X-Site had nothing to do with the decals, saying “It’s not from X-Site or any employee, someone has done this. That’s all I know.”

Minister of Culture, Multiculturalism, and Status of Women Leela Aheer tweeted the following in response:

The graphic in this article is completely deplorable, unacceptable and degrading. This is not what our province stands for. Whoever is responsible should be ashamed and apologize immediately. I stand with Albertans against this horrendous image. #ableg https://t.co/JisKaWI6lN

The image could arguably fall under the category of child pornography, making it a criminal offense in Canada, but the Royal Canadian Mounted Police released a statement about the image saying, “Alberta RCMP do not believe it constitutes a criminal offence.”

Thunberg has responded with the below tweet, showing more courage and poise than folks three times her age:

They are starting to get more and more desperate…
This shows that we’re winning. https://t.co/NLOZL331X9

There are truly no depths to which these heinous trolls will not sink. We stand with Greta and her mission.