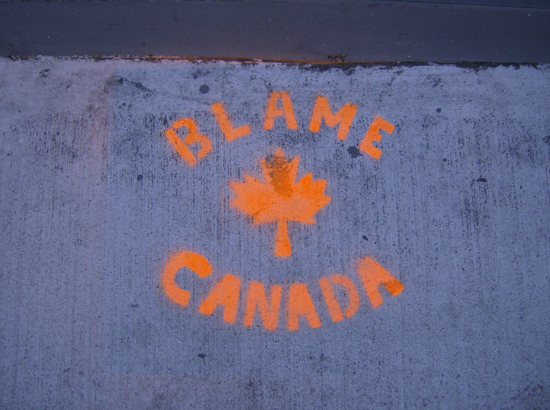 In the ever-constant attempt to curb counterfeiting and piracy, Canada’s lead intellectual property lobby group, the Canadian IP Council, has released a document titled Counterfeiting in the Canadian Market: How Do We Stop It? detailing the changes it believes should be enacted by the Canadian government to ensure the continued prominence of legal goods. This includes such measures as SOPA-style blocking of websites, the implementation of ACTA, and jail time for downloaders.

Possibly the most amusing part of this is the strict belief that these methods would help reinforce positive trade practices even though they’ve been shot down or discredited in the global community. The Stop Online Piracy Act was eventually swept under the rug due to the persistent awareness campaign that various internet companies provided and the Anti-Counterfeiting Trade Agreement was largely disowned in Europe.

Part of this new document would see individuals given jail time regardless of intent or knowledge. If you transported something across the Canadian border, even if you didn’t know or realize it was counterfeit, you could be held liable. No longer would the responsibility be entirely with those producing the goods but all those purchasing them, whether they knew it or not, would suddenly be on the radar as well.

This isn’t the first time groups like the Canadian IP Council have tried to push extremist measures. The web they weave, however, can become rather tangled if not explored with a fine-tooth comb. Dr. Michael Geist, a law professor at the University of Ottawa, explores the proposal in detail on his website with the ultimate conclusion that much of the proposed evidence is misleading, falsified, misrepresented, or all of the above.