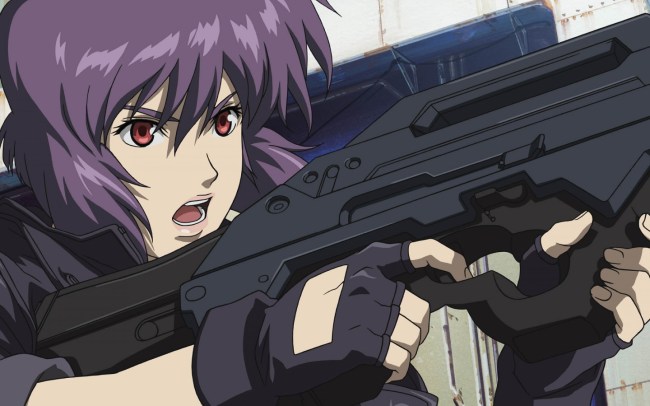 I’m often loathe to write about the forthcoming whitewashed Ghost in the Shell, but when you combine that with the infinite … uh, let’s say “wit” of the internet, then you end up with Ghost in the Shell‘s seemingly dead-in-the-water Twitter user content ad campaign. They created an image generator, one that allows you to upload your own image, “glitch” it, and then add a message in a nice, neat font. Seems innocuous, no? Well… again, this is the internet, where snark is generated by the bucketful.

My last tweet, but now in meme form #IAmMajor pic.twitter.com/Z2Uf8njVkz

It seems like the campaign is completely backfiring on them. On Twitter, the #IAmMajor hashtag is utterly flooded with comeback images directed at the film’s unabashed whitewashing. One even suggests some excellent Asian actresses who should have played Major Motoko Kusanagi.

And finally, with the real coup de grâce…

Really wish I could be in the room when some marketer explains how the I Am Major campaign massively backfiring is good. #iammajor #Iamfired pic.twitter.com/P90RGJr9NC

I would love to be in that room, too. Damn. If you’re looking to get in on this hilarity, the iammajor.me website is still up and awaiting your submissions. Let us know what you come up with in the comments!

(via Kotaku, image via Kodansha Comics)