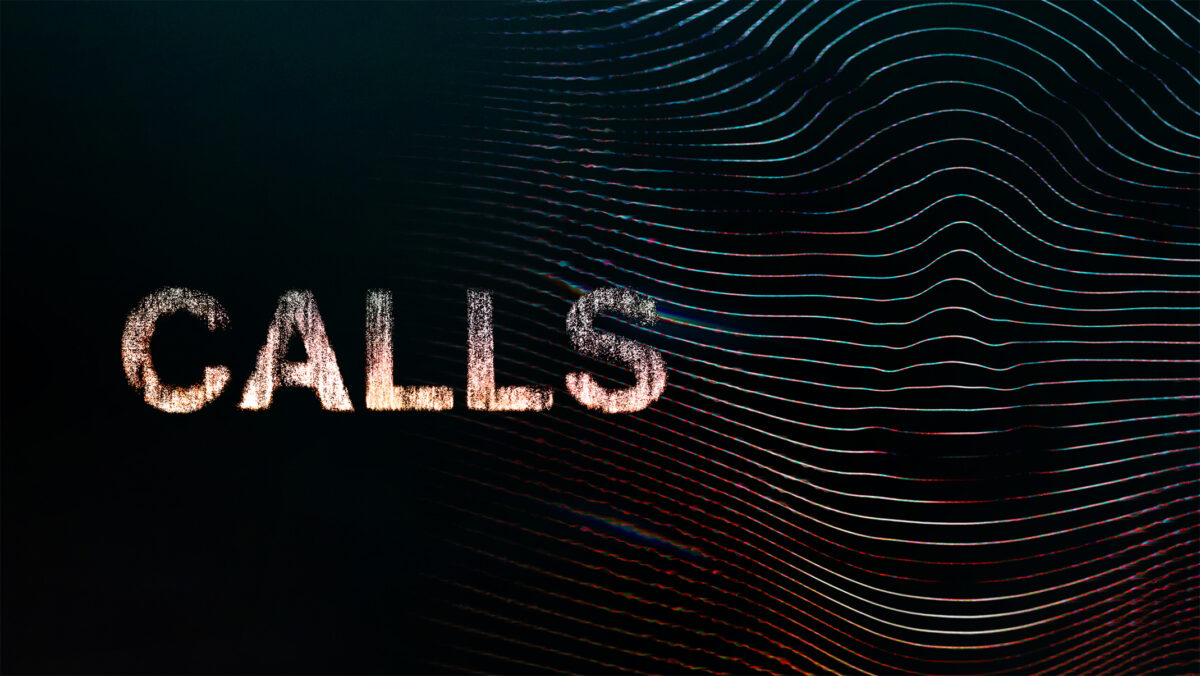 We’ve got an exclusive look into the Apple TV+ series Calls from director Fede Álvarez, with a clip starring Pedro Pascal and Mark Duplass! The new and inventive series is told through an auditory perspective with imagery of the sound waves of phone conversations onscreen and is a fantastic departure from what we’re used to!

From episode three, titled “What Are Neighbors For,” the exclusive clip has Pedro (Pedro Pascal) and Patrick (Mark Duplass) in a conversation about a duffle bag that seemingly belongs to Pedro, and he is asking Patrick to look after it for him:

Calls is exciting for a number of reasons. Not only does it force you to use your imagination with its lack of visuals, but also, it plays with genre in a very fun way. This clip of Pedro Pascal and Mark Duplass is one of the lighter moments of the series, funny in their quick back and forth even though the stakes of the episode are just as high as others.

I was truly shocked and captivated by Calls in a way I did not expect. Perched on the edge of my seat for each episode, I was fascinated by the story being told as well as longing for more. I wanted to live with these characters and learn more about them even after their time had passed, and it’s a fascinating look at the art of story-telling.

In short snippets, we learn about each of these stories, and “Pedro Across the Street” is, probably, the funniest out of them (with each episode hitting differently emotionally). Pedro Pascal and Mark Duplass have a great back and forth with one another and it is, overall, an incredible look at storytelling.

Did you enjoy this first look at the Calls episode “Pedro Across the Street”? Are you excited to hear what story Pedro Pascal and Mark Duplass have to tell? Let us know your thoughts in the comments below and check out our review for Calls!