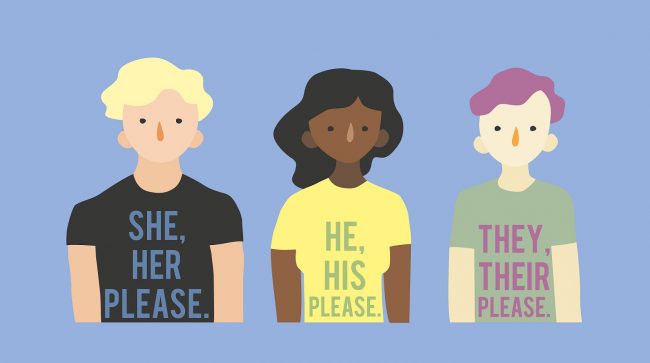 After Governor Jerry Brown signed the the Gender Recognition Act into law on Sunday, California officially became the first state to legally recognize nonbinary genders. Residents can now mark themselves as male, female, or nonbinary on all identity documents issued by the state, such as driver’s licenses, death certificates, and birth certificates. (A nonbinary gender will designated by X, male by M, and female by F.) You can read the full text of the bill here.

The Gender Recognition Act also eases the requirements for changing one’s gender on official state documents. Previously, Californians who wanted to legally change their gender were required to appear in court and procure a sworn statement from a physician about the extent of the medical treatment they received during transition. This bill eliminated those requirements, and it also allows individuals under the age of 18 to apply.

“I want to thank Governor Brown for recognizing how difficult it can be for our transgender, nonbinary, and intersex family members, friends, and neighbors when they don’t have an ID that matches their gender presentation,” said state senator Toni Atkins (D-San Siego), who co-sponsored the bill. “The Gender Recognition Act will eliminate unnecessary stress and anxiety for many Californians, and it exemplifies the leadership role that our state continues to take in LGBTQ civil rights.”

While California is the first state to offer statewide recognition, other states have made strides. Back in June, Oregon’s Department of Motor Vehicles (DMV) announced that it would allow a nonbinary “X” market on state IDs and driver’s licenses. Washington, D.C. also announced a gender-neutral “X” designation for the district’s driver’s licenses and identity cards that same month.

You can watch the introduction of the bill here:

(Via Buzzfeed News and KPBS; image via Shutterstock)