Caitlin Moran Predicts the End of Twitter, Calls it a “Very Male Arena” 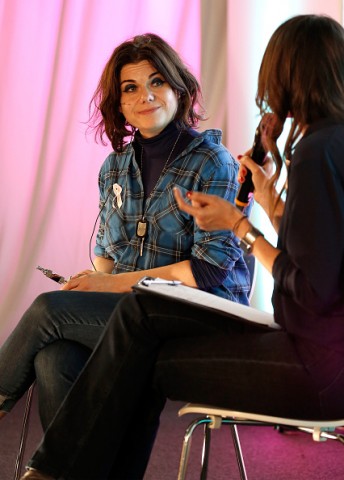 Caitlin Moran believes that Twitter is on the way out. Speaking at the first day of the Stylist Live event in London, the critic and columnist discussed the social networking site and how it often lends itself to some… not-too-admirable behavior among people. While Moran has acquired over 547,000 followers on her own account, she referred to Twitter as an “aggressive” place and added that it was “not fit for purpose anymore”.

According to Moran, Twitter is moving further and further away from what it should be, which is “our village square where we can all meet and talk to each other”. She cited recent examples of online harassment against women—specifically feminist campaigner Caroline Criado-Perez, who found herself on the receiving end of death and rape threats during a organized movement to restore a woman to the back of an English banknote.

The social media network can be relentless in its negativity, Moran said:

[Just] bullet point things firing into your head, very adrenaline-y, makes people quite fight-y and everything’s coming at you very fast. There’s not much space, it gets quite aggressive quite quickly. It’s really competitive and doesn’t feel like a kind place.

While Moran has said and done things in response to fandom that admittedly are not great (to put it mildly), the topic of Twitter is one worth discussing. Twitter as a social network has both its benefits and its downsides, much like any platform. Although Twitter has provided me with some of the best people I’ve ever had the pleasure of knowing, the accessibility individuals have to one another and the rapid nature of tweeting itself can also contribute to a perfect storm of harassment and aggression.

Moran has a prediction as to what will rise up to take Twitter’s place: “I’ve no doubt something new will be invented soon and I suspect it will be programmed by a woman.”

When it comes to Twitter, your mileage may vary. What has your experience been like on Twitter? Has it changed over time? At the end of the day, this is a problem—like many having to do with the issue of online harassment—that won’t merely be solved by the erasure of an app.