Bari Weiss Has 'Self-Expelled' From the NYT | The Mary Sue 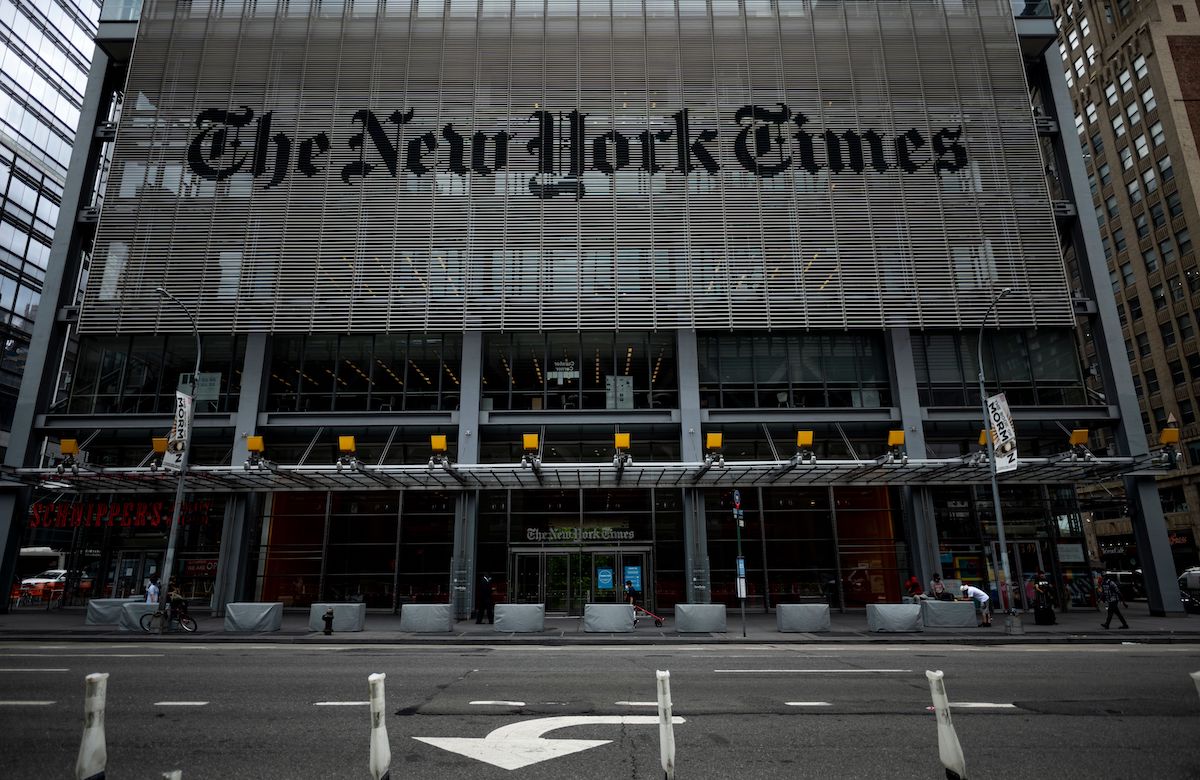 Bari Weiss, a conservative writer and editor for the New York Times’ opinion section, announced today that she was resigning—sorry, “self-expelling”–from the paper.

Weiss, who has spent years presenting herself as un-cancellable, has left the Times over what she says is a culture of “discrimination, hostile work environment, and constructive discharge.” She says she’s “no legal expert” yet also calls her treatment “unlawful.” In her open letter announcing her resignation, she references both a “new McCarthyism” and her ostensible bravery for daring to engage in what she says is perceived as “Wrongthink”—aka offensive, oppressive opinions expressed on perhaps the world’s most respected platform.

To be fair, I have no idea what the internal culture of the Times is like. I don’t know what Weiss went through. I also don’t care.

Weiss has built her career alternating between decrying cancel culture and fighting for it when it benefits her and when she’s felt slighted. She’s frequently written about how persecuted conservative voices (or, as she identifies, the “intellectual dark web”) are and has railed against “safe spaces,” while also, for example, reporting a Black colleague to management for politely refusing to get coffee with her.

ANYWAY remember that time Bari Weiss tried to get me fired from my freelance gigs because I swear on twitter and then she signed an open letter in Harper’s saying she was deeply concerned about the trend of people getting fired for saying things people don’t like on the internet?

That sort of behavior isn’t uncommon among the conservatives at the Times. Bret Stephens, who was hired around the same time as Weiss, is famous for complaining to editors and even emailing the paper’s masthead, demanding to see consequences when his colleagues call out his awful, often bigoted takes online.

He has even emailed the masthead complaining about fellow editors or writers. As a result many walk on eggshells when it comes to him. There’s a simmering resentment and feelings of a very real double standard. People fear for their jobs so remain quiet. This is not just a few 3/

People like Weiss and Stephens are representative of a pervasive tactic among conservative media figures: to bash “cancel culture” as the greatest threat to modern discourse while simultaneously demanding everyone who criticizes them be canceled.

Weiss has called the culture at the Times a “civil war,” which, honestly, seems pretty spot-on since one side of the American Civil War was fighting to maintain the right to systemic oppression and in her resignation letter she specifically defends Senator Tom Cotton’s recent op-ed that led to the resignation of opinion editor James Bennett, in which Cotton called for violence against primarily BIPOC police protesters. (In criticizing Bennett’s resignation, Weiss conveniently forgets to mention that he admitted to not having read the essay before publishing it, which is quite an indictment of his job performance.)

In her letter, Weiss paints a picture of a newsroom that is terrified of expressing a controversial or “challenging” point of view. “But the truth is that intellectual curiosity—let alone risk-taking—is now a liability at The Times,” she writes. “Why edit something challenging to our readers, or write something bold only to go through the numbing process of making it ideologically kosher, when we can assure ourselves of job security (and clicks) by publishing our 4000th op-ed arguing that Donald Trump is a unique danger to the country and the world? And so self-censorship has become the norm.”

I wholeheartedly agree that the Times can be maddeningly toothless in their reporting, especially having spent four years writing every variation on the “trying to understand white Trump voters” op-ed. But Weiss’ underlying subtext seems to be that the proof the Times is scared of “challenging” opinions is the pushback against her opinions. A writer who pushes Islamaphobic views at a paper with few Muslim columnists or anti-trans ones in a world where transgender rights are constantly questioned and attacked (why yes, Weiss did sign onto that terrible Harper’s Magazine letter!) is not brave and they are not persecuted if their readership tells them those views aren’t what they’re looking for.

“Twitter is not on the masthead of The New York Times. But Twitter has become its ultimate editor,” Weiss writes, in the ultimate dismissal of the primary source of direct feedback from both her readers and colleagues.

May all writers of color in this insane media industry one day have the ability to self expel themselves from one of the most privileged jobs, knowing they will be protected & allowed to fail up despite repeated embarrassments, all the while claiming victimhood forever. Ameen.

Whomever @nytopinion hires or elevates to replace @bariweiss, I hope that she or he focuses on serving readers—not vendettas and self-martyrdom. We need writers capable of more critical thinking, both in their work and about themselves, than she displayed. https://t.co/1pl24OLy1q