Back in June, the Wholesome Direct showcased over 70 titles meant to make you feel like you just snuggled on the couch with hot cocoa and your favorite blanket. One of the games I was excited for was Button City by Subliminal based purely on the fact that you could play something akin to Dance Dance Revolution with a fox – among other things. Not only did the game deliver on that premise, it introduced me to fun characters, extremely witty dialogue, and a simple, but engaging story. 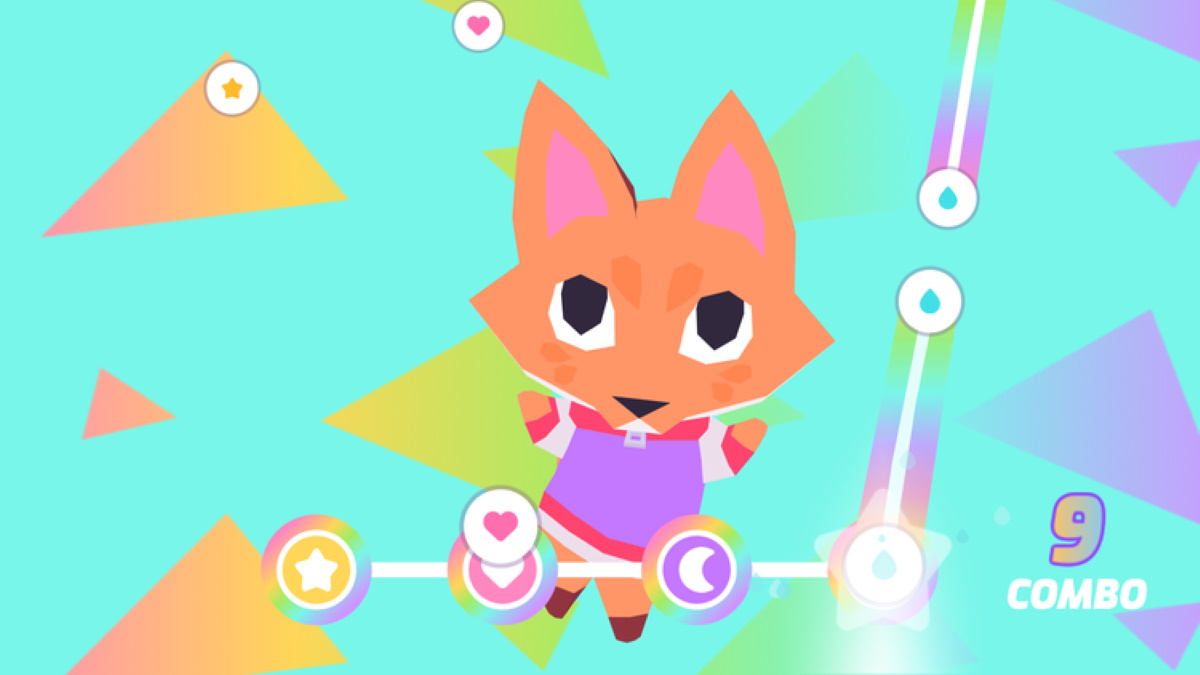 Fennel is a shy little fox who just moved into town. After discovering the local arcade, he makes new friends and gets swept up in a whirlwind adventure to save it from being shut down at the paws of greedy fat cat Peppermint Pepperbottom!

Button City is a colorful low poly narrative adventure game about friendship and community. Enter a pastel diorama world inspired by 90’s nostalgia and filled with cute characters to befriend. Complete quirky quests around town, play arcade games, collect fun costumes, solve puzzles, and more as you follow a story about growing up and saving the things that are important to you.

Why you should hang out at Button City 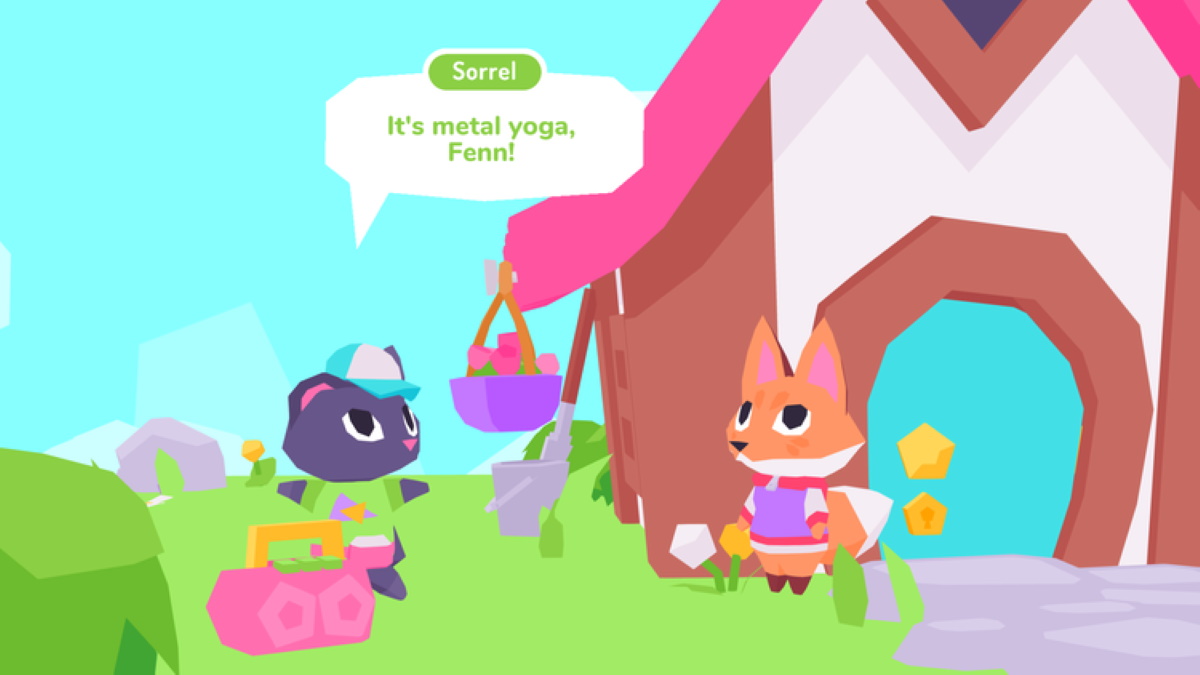 You know when you play an RPG like Final Fantasy or Persona and you get swept away in the side quests and mini-games? Suddenly, you’re VERY invested in snowboarding in Final Fantasy 7’s Gold Saucer, or you’ve decided to get all the tea about your school clubs in Persona (insert number). Now, imagine an entire game based on those side quests and mini-games, but instead of being stressed about singularly winged angels or whatever symbolic Shin Megami Tensei beast that descends upon you, you’re torn between trying to fit in with potential new animal pals or bringing your mom her lunch on time.

It’s kinda hard to put into words how charming this game is, but I’m gonna try because this game is a shining example of “chill gameplay that makes your heart feel nice.”

The aesthetics of the game look like the posters I had in my all-pink bedroom as a 90s kid (shout out to the magazine pages I butchered to create a vibe) with set pieces that look like dioramas you’d put together to decorate said 90s room. The dialogue and descriptions for items are so entertaining that I found myself laughing out loud on multiple occasions. Customer service workers are snarky, offering coffee so caffeinated that it’ll keep you up all night, and quests range from “get good at this game” to “remember the daily weather report so you can acquire the rain hat.” 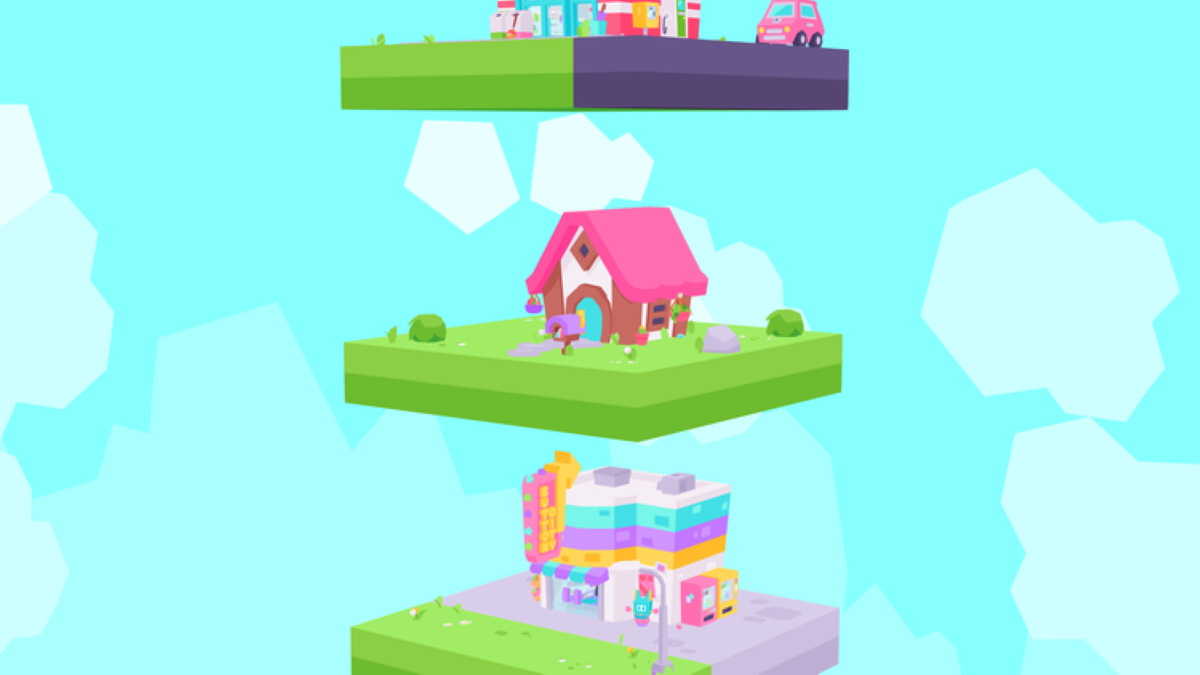 As Fennel, you’re the new kid in town, encouraged to go out and make friends instead of staying inside and playing video games. This, of course, means that you make friends who spend their time playing video games – as one does when enamored with video games. It didn’t take long for me to get invested in Fennel’s story. The game really does make you feel that anxiety about trying to get used to a new place and its people. Fennel just kinda trips his way into situations and you’re rooting for him to make a good impression about some pretty simple things.

Can he become a master of Gobabots, the hot new arcade game at Button City (if it’s me playing, probably not)?

Will his gaming skills impress his new friends (nothing impresses Chive, the sarcastic bunny)?

Can the friend group beat their rivals who are standing at the other side of the arcade (during the tutorial, sure, but after that who knows)?

It’s a steady increase in stakes for the story, giving Fennel (and you) a chance to get adjusted to the environment before things get to the “save the arcade” portion of the story.

Gameplay is very easy to get a grasp of. Fennel gets to play the video games within the game (Gobabots is the big one, and it even has its own cartoon series you can watch on the TV in your house) and complete a series of tasks – or rather, he attempts to, as some tasks do get interrupted (let me tell you how many times I screamed at this little fox to bring his mama lunch before she went to work). 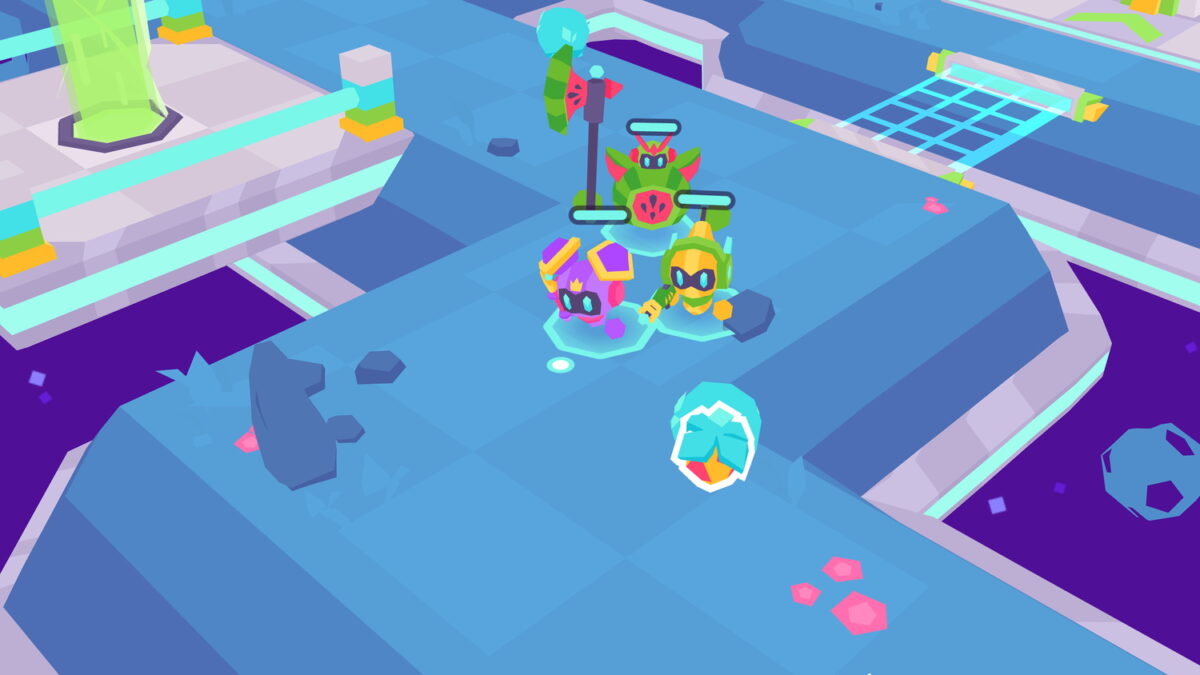 What really impressed me with Button City was how detailed its world is. While I’m a natural “press X on everything” gamer, Button City is full of so many fun details that you absolutely should interact with everything you can. The Weather Channel greets you with welcome to the channel with weather, one of your friends does yoga to metal music, and you collect money by picking up trash or finding out that the orange juice in the fridge has gone bad. At some point, I realized I hadn’t stopped smiling since I’d booted up the game, and I have a feeling that’s exactly what the developer intended.

All and all, if you’re looking for a fun, kinda quirky game with fun character interactions, a relatable story that revolves around finding your place in a new setting, and hilarious gags within its backdrop, then Button City is the perfect indie game for you.