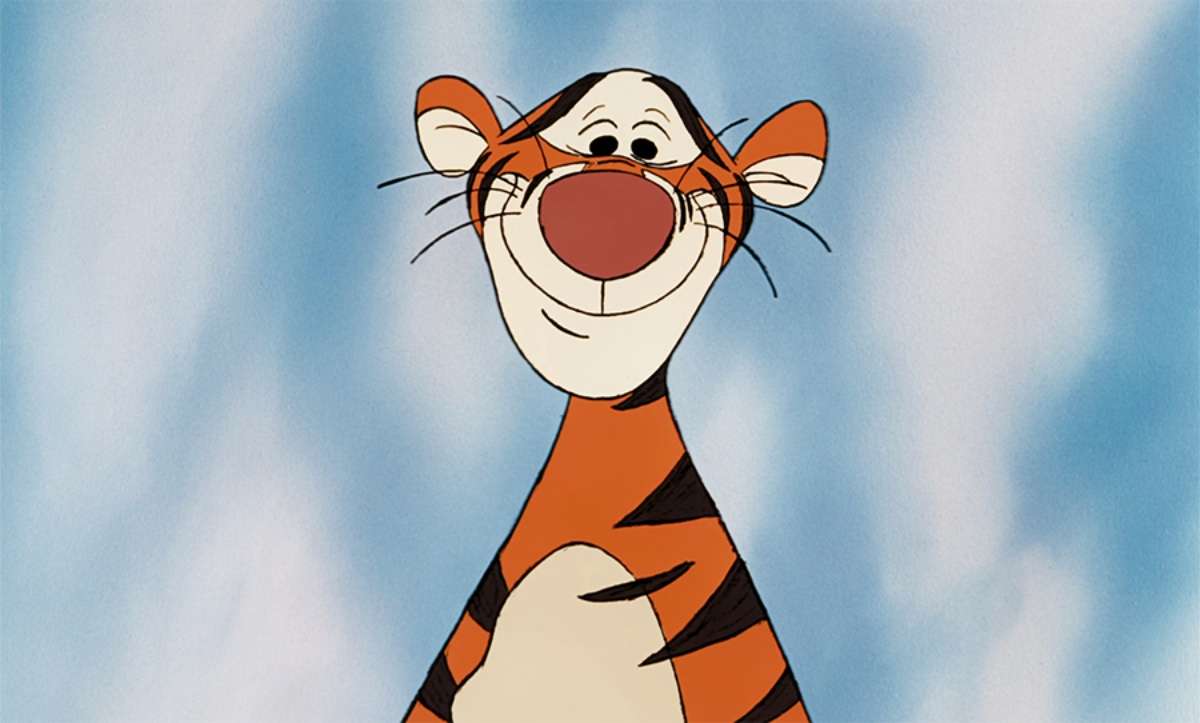 Tigger is a beloved character from Winnie the Pooh, a personal favorite of mine. But he’s also apparently offensive? Who knew! Well, apparently this homeowner did. Imagine you’re walking down the street and you see a house flying a flag that depicts Tigger holding some flowers … would you march up to the door and complain, or would you just think, “Wow, love Tigger”?

If you saw Tigger trending on Twitter yesterday and thought that wonderful guy was up to something fun … no. Instead, it’s a video of a woman standing on someone else’s porch, saying she’d contact the community of Williamsburg board about a flag mounted on their house that she found tacky. And that flag happened to have my sweet boy on it just holding some flowers.

You can see a better look at the flag here.

So the thing is: The “rules” she mentions about things like this flag don’t exist, especially if there’s no homeowner’s association. This “friendly neighbor” just has a grudge out against Tigger, and honestly, very rude of her. It’s a show of the “Karen” in her natural habitat, where she thinks she has any sort of authority over SOMEONE ELSE’s yard.

But is also horrifying to see the confidence with which she walks up to the door to complain, despite her own admission that she doesn’t even know what these supposed “rules” are. There isn’t any hesitation to her. She’s not worried that this isn’t her place or anything like that. She’s just ready to yell about Tiggers and their ability to bounce, and that’s honestly a choice.

It’s not rare for things like this to happen, we have countless videos of women screaming about flags they don’t like. It’s just normally showing their bigotry in the flags that upset them. This woman just hates Tigger so I guess she has no soul.

The neighbor apparently saw she went “viral” and drove past the house yelling sorry out her window.

I suppose people are allowed to have their wrong opinions about Tigger, but this just seems as if they’re taking it all a step too far. Because yelling about him on a flag holding flowers? Does she hate all characters from the Hundred Acre Wood or is she just rude to Tigger because he’s happy? These are all important questions.

Sure, maybe she doesn’t like the look of the flag, but that doesn’t give her the right to criticize someone else’s yard decor. And worse, it seemed like the flag was her main issue! She brings up their shrubs and how she doesn’t like how they’re cut and brings up her problems with the backyard—of course, in a passive-aggressive way as she pats herself on the back for not having brought them up before—but her concern is supposedly more about the flag than anything else, certainly seeming like she saw the Tigger flag as a “justified” way to complain about this family.

What we’ve learned today is that some people don’t like a bouncy boy, and we cannot stand for that kind of hatred in this world. Also that people want to police someone else’s home like it’s any of their business, but I hope that Tigger flag waves for years to come.

Maybe this lady needs to take a trip to the Hundred Acre Wood and relax.