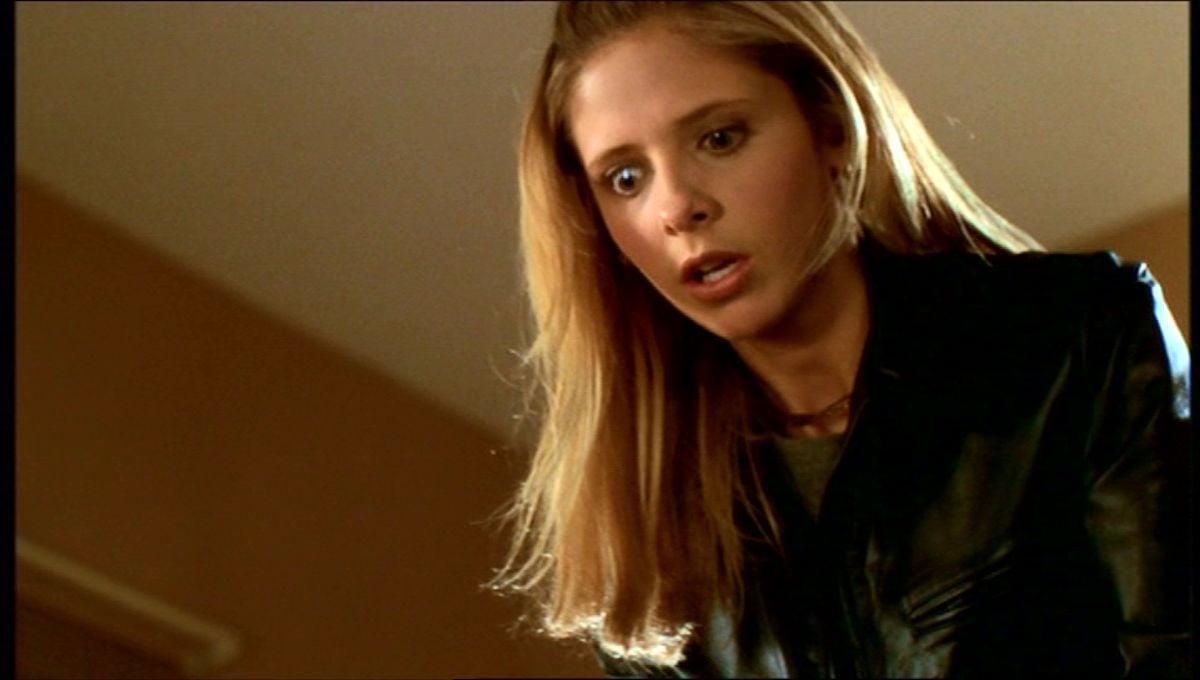 Just like the vampires she slays, Buffy is never really dead. Despite the upcoming rebooted series that is in the works, the Buffyverse that was created in the 90s still holds, and in a brand new Buffy the Vampire Slayer comic series from BOOM! Studios the series is going back to high school.

In an exclusive reveal, Comicbook shared a post with the new character designs by Russ Manning Award-winning artist Dan Mora (Saban’s Go Go Power Rangers) who is teaming up with Eisner Award-nominated writer Jodie Bellaire on the new series. And don’t worry, Joss Whedon acted as a story consultant. According to Comicbook, this new series will return to the “high school is hell” idea that was tied to the early seasons of the show, with Buffy trying to balance her responsibilities as the Slayer with trying to survive the albatross that is high school. Of course, this time high school takes place today which means no floppy disk demon.

“Once you fight your way through all the monsters of the week and threats around every corner, Buffy is about something we’ve all experienced – the awkward, uncomfortable journey of figuring out who we choose to be. Dan Mora captures the spirit of that struggle with the perfect style and attitude for slaying the monsters hiding in the dark…and in the light of day,” said Jeanine Schaefer, Executive Editor, BOOM! Studios. “As you can see, Jordie and Dan have some huge plans for Buffy and the Gang – starting with some pretty major introductions of characters like Anya and…well, I won’t spoil that one quite yet. But let’s just say by issue #4, it’ll be clear that this is a love letter to the Buffy we all adore and will go in directions that no one ever expected.”

We can’t post the images here, but if you look at Comicbook you can see the exclusive designs of Buffy, Willow, Xander, Giles, Anya, Spike, and Drusilla.

It’s weird to think about how these young versions of the actors are going to always be the visions we have of the characters, like a strange Dorian Grey situation. Willow certainly gets some interesting alt-rock outfits that are way more interesting than her personality in the earlier seasons (sorry not sorry) and while there are no images of Cordelia, the design of Drusilla aka The Mistress is amazing. She looks so dapper and hot in her black suits, I am excited to see how she is going to fit into this new role.

I am also wondering how Willow’s sexuality will be handled as in the earliest seasons of Buffy: The Vampire Slayer, Willow was written as heterosexual and then slowly realized she was a lesbian. There has been a lot of back and forth in the culture as to if that was bi-erasure or if Willow no longer had a sexual interest in men. As we revisit the series, it’ll be curious to see what gets spotlighted. After all, we have Mora’s design of Spike, but not Angel … hmmmm.