Internet in Love With the Buff Lady From Disney's Encanto

The Internet Is in Love With the Buff Lady From Disney’s Encanto, and So Am I 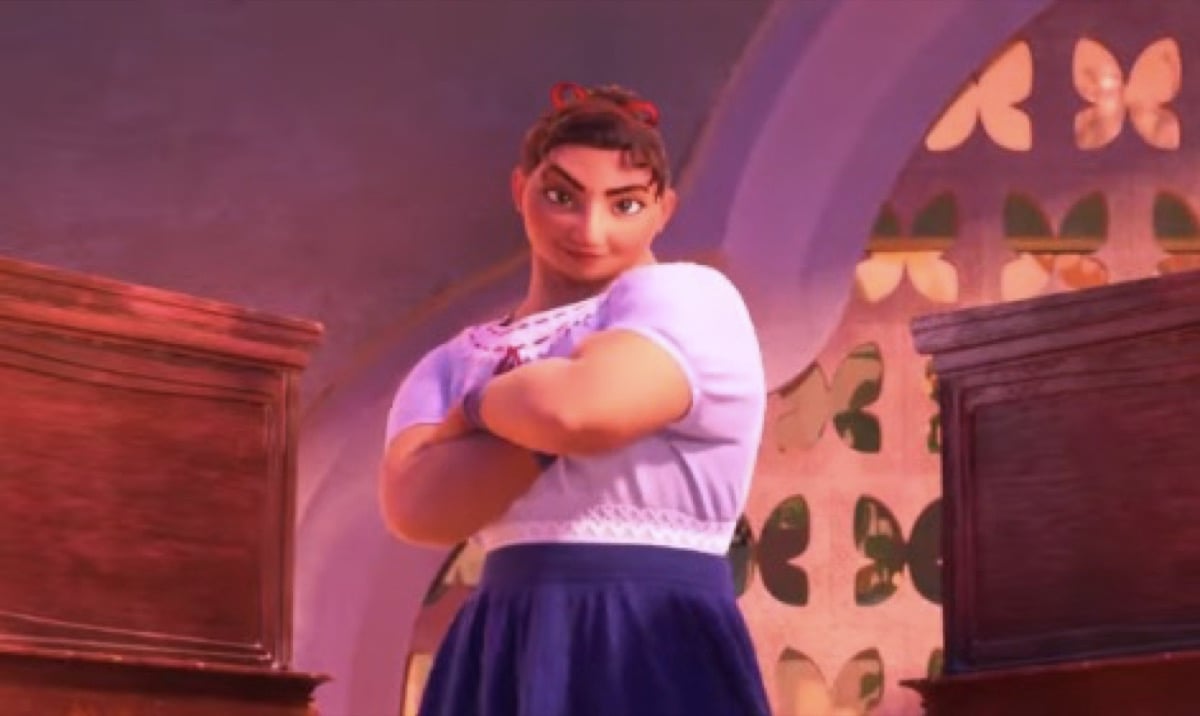 The internet is in love with Disney’s Encanto for many reasons, after the first trailer dropped yesterday. One of the most fun, though, is the love for the buff lady featured in the trailer. Thanks to internet sleuths, who noticed her name over on the Instagram post for the movie, we now know her name is Luisa. We see her lifting pianos, wagons, and dancing with a bunch of magical creatures in the trailer, and the internet is absolutely swooning for her muscles. There are even some proposals for marriage over on Twitter, and it’s thanks to creators like Dylan Ekren.

Dylan, an illustrator and character modeling supervisor at Disney, went on Twitter to talk about the buff lady of our dreams. They went on to express how hard it was to get the people in charge to actually let them put muscles of that caliber on Luisa. And honestly, I and the rest of the internet are forever grateful because if this is what resulted from the teaser trailer, there’s going to be even more marriage proposals when people watch the actual movie.

I think we all just wanted to do it in a way that worked well with the style and really made sense for the character and I’m really proud of the way that she turned out. The entire team was so awesome. I just pushed buttons in the right order.

Encanto is centered on the Madrigal family, all of whom have been gifted with special powers, except for the film’s hero, Mirabel:

Encanto tells the tale of an extraordinary family, the Madrigals, who live hidden in the mountains of Colombia in a magical house, in a vibrant town, in a wondrous, charmed place called an Encanto. In the film, the magic of the Encanto has blessed every child in the family with a unique gift from super strength to the power to heal—every child except one, Mirabel (Stephanie Beatriz). But when she discovers that the magic surrounding the Encanto is in danger, Mirabel decides that she, the only ordinary Madrigal, might just be her exceptional family’s last hope.

Luisa’s gift, it seems, is super strength and stealing hearts.

Here are some of my favorite tweets of people falling in love with the buff lady known as Luisa from Encanto:

The buff lady lifting pianos in the Encanto trailer tho…😳

encanto writers: “yeah they all have superpowers so we can design them to do things average ppl don’t do”
disney’s Buff Girl Agenda artists: 👁️👁️

Encanto looks SO CUTE (also buff donkey lady has me like 👀👀👀👀)

@Disney what is the name of the Big Buff Lady in #Encanto man IMMA NEED THAT!!! pic.twitter.com/8VjjoJpdrF