Bryan Singer Vanishes From Bohemian Rhapsody Production, Which Is Not at All Suspicious 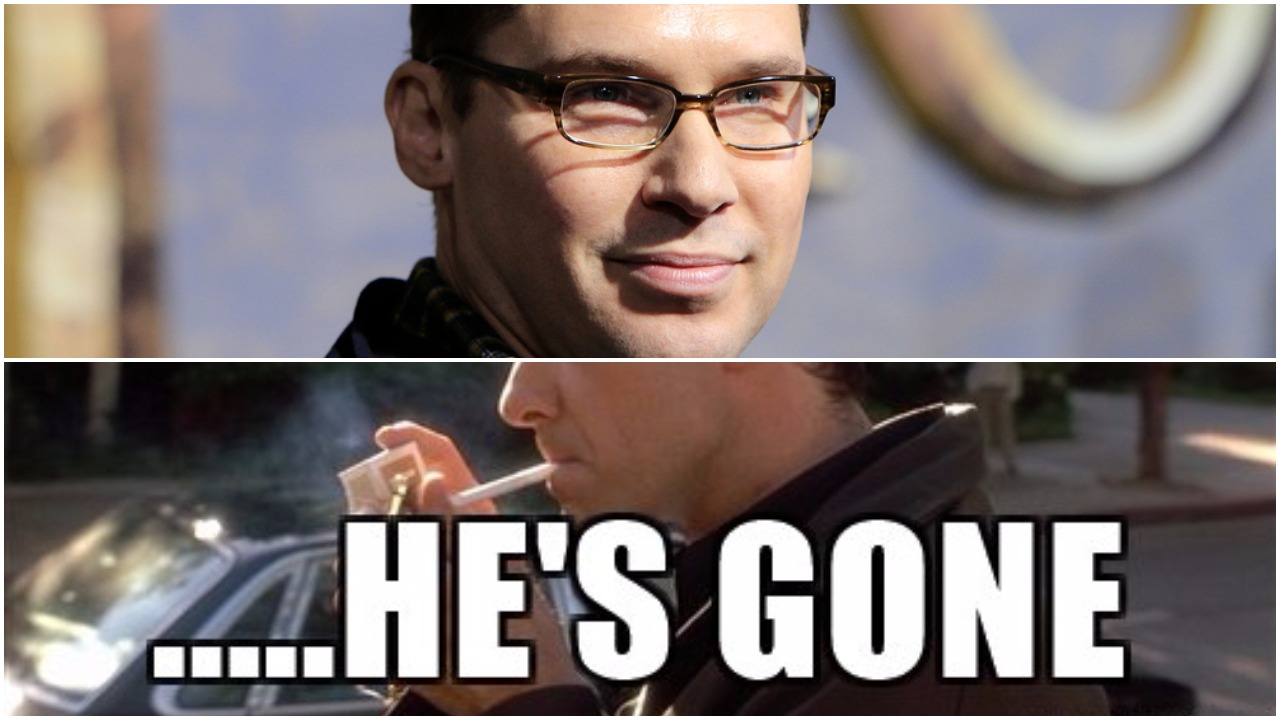 Director Bryan Singer has apparently gone AWOL from the set of his Freddie Mercury biopic Bohemian Rhapsody, not returning to production after the Thanksgiving break. Singer’s rep says that his absence is due to a “health matter.” Because, I mean, why else would Bryan Singer go missing in this climate?

According to multiple reports, the “mercurial director” has randomly disappeared from the London-based production before, but this current absence was obvious enough to necessitate an official update from the studio. Per Deadline:

The studio issued this vague statement: “Twentieth Century Fox Film has temporarily halted production on Bohemian Rhapsody due to the unexpected unavailability of Bryan Singer.”

Later, a rep from Singer clarified without really clarifying anything:

“A personal health matter concerning Bryan and his family. Bryan hopes to get back to work on the film soon after the holidays.”

Production of Bohemian Rhapsody, which stars Rami Malek as Freddie Mercury, both of whom deserve better than this, appears to be halted until the Singer thing gets sorted—or maybe never does. According to Deadline, “It becomes very difficult when a film is in production and the filmmaker has proven unreliable. Word around town is that Fox has been having discreet discussions with replacement helmers to finish the film, even before the studio halted production today.”

Yeah. So this is where the “health matter” thing starts to unravel for me. I have a suspicious nature. Sure, it’s possible that Singer or someone in his family is dealing with a health issue. But I’d like to think that Singer may be close to facing a personal reckoning.

Why has Bryan Singer so far escaped relatively unscathed in our new world of holding sexual predators to account? For years, rumors of sexual assault and harassment, particularly concerning extremely young men, have followed Singer. It’s such an open secret that I can’t even count the number of articles I’ve read that casually mentioned his proclivities—back before this kind of behavior might get you fired.

Thankfully, the tides are starting to turn. Singer’s history on the topic of sexual exploitation is so established that there’s a multi-paragraph entry, “Sexual abuse allegations,” on Singer’s Wikipedia page, finely sourced, and it has been updated to reflect the current environment:

In the wake of revelations regarding Harvey Weinstein’s extensive history of sexual harassment and assault in October 2017, allegations against Singer were revived. Ira Madison III linked Singer to an alleged culture of pedophilia in the Hollywood film industry.[50] After Kevin Spacey was accused of sexual assault later in October, journalist Erin Strecker noted that Singer’s name began to trend on Twitter and connected the two phenomena.[51] On November 6, 2017, seven students at the USC School of Cinematic Arts, created a Change.org petition to remove Singer’s name from the School’s Division of Cinema and Media Studies. Their petition was picked up by British newspaper the Daily Mail and film entertainment website The A.V. Club.[52][53] In the midst of these events, it was noticed that Singer had deleted his Twitter account.[54]

So Bryan Singer, facing a revival of interest both journalistic and legal into his abusive history (and no doubt his present), has recently deleted his Twitter account and even more recently taken to not showing up to the set of his buzzed-about film project. That’s not suspect at all, right? Not to mention that high-profile figures have been adding their voices to calling Singer out, like actress Jessica Chastain tweeting an article about the Singer allegations, labeling it “Let us not forget.” Bryan Singer, I would like to believe, is finally being made to face the music, or afraid that he might be soon, and as a result he’s making himself scarce.

The fact of the matter remains that Singer’s lurid and exploitative ways have been common knowledge for a long time, and everyone who could have done something about his influence in Hollywood kind of whistled and glanced away. In 2014, Buzzfeed published a long profile, “Inside Bryan Singer’s Wild Hollywood World,” that had the subheadline, “Known for surrounding himself with beautiful young men,” and contains lines like, “Part of the job of Singer’s network of friends is to make sure those young men are in fact over 18, but sometimes, that process appears to be rather lax.”

Yet just as Harvey Weinstein continued to be one of the most powerful men in Hollywood even when actresses warned each other about him and his conduct was another open secret, after those exposés in 2014, Singer was still allowed to take on big-tent projects like X-Men: Days of Future Past, X-Men: Apocalypse, and the upcoming X-Men: Dark Phoenix and Rhapsody. In Tinseltown, your movie-making reputation and ability to draw a box office mattered a lot more than whatever you were doing behind closed doors.

This has only just begun to shift. In terms of Singer, it appears that he’s voluntarily removing himself from the spotlight at the moment, rather than having the spotlight taken from him. Even if his current absence is totally unrelated to the allegations he has faced in the past, there’s still the question of why this man kept getting a wide berth to make movies—often ones that featured young actors new and vulnerable to the business.

I’m proud that the Mary Sue audience has refused to let this guy off of the hook. For a long time, long before Weinstein, our commenters have filled up any article that mentioned Singer even in passing with anger and disgust that he remains a Hollywood power player. My prediction is that Singer is going to keep staying vanished from Bohemian Rhapsody until he is replaced, since Fox has already been having “discreet discussions” anyway. It seems like even if he was somehow blameless on all other fronts (he’s not), Singer is really bad at his day job at the moment. Who just stops showing up to work “unexpectedly”?

More than twenty years ago, Bryan Singer directed one of my favorite movies, The Usual Suspects, which just so happened to net star and fellow alleged abuser of young men Kevin Spacey a Best Supporting Actor Oscar, and launched both of their careers into the stratosphere. Look at how far and fast they’re falling today. I can’t stop thinking about Spacey’s character Verbal Kint, and one of his most famous lines as he describes the infamous Keyser Soze, “The greatest trick the devil ever pulled was convincing the world he didn’t exist,” as I consider Singer’s disappearing act. Here’s how that speech ends: