Which Actress Would Bryan Fuller Want to Captain His Hypothetical Star Trek Series? 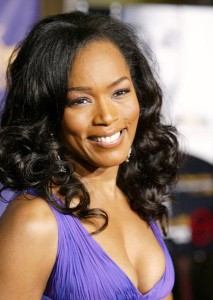 Don’t get your hopes up, though. He also said them doing a series is “basically wishful thinking. We both would love to do a Star Trek series, and I think Star Trek is in J.J. Abrams’ purview as it should be, because I loved Star Trek, the movie, and I’m looking forward to the next one. Once again, I would love to revisit that world because I found it so creatively fulfilling but I think that’s under his guard, and if it ever came up I would jump on the opportunity.”

I just wanted to leave you with the mental image of a Star Trek series ruled over by Angela Bassett and Rosario Dawson. (And one starring Angela Lansbury, for that matter.) Can you blame me?