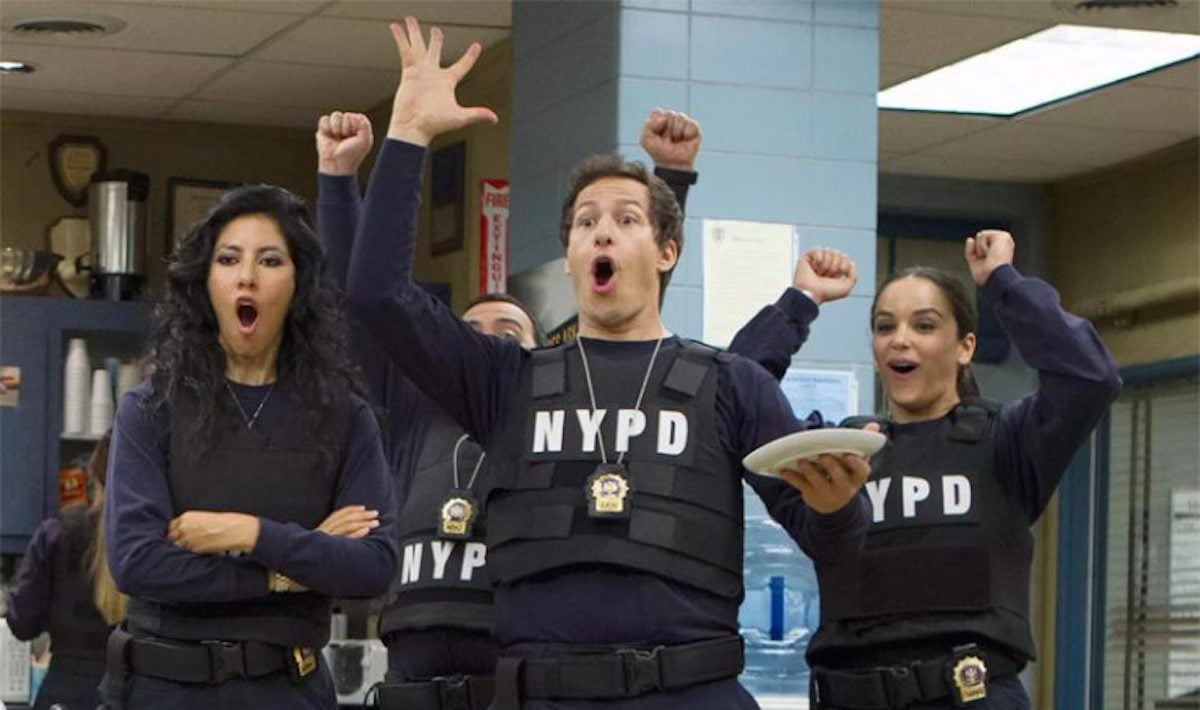 Great news, squad! Even though its seventh season has yet to debut (that’s going to happen February 6th), the gods have smiled and NBC has renewed Brooklyn Nine-Nine for an eighth season. This is a big turn around from just a year-and-a-half ago when the series was canceled by Fox to major fan outcry.

Renewing a show before a season even starts is a pretty extraordinary move, but not unprecedented. More and more networks and platforms are renewing shows before they’ve even debuted: AppleTV renewed all its series within a week of launch, and one of those, The Morning Show, already had a second season ordered before it premiered. Netflix just ordered a second season of The Witcher ahead of its December 18 drop. Still, it shows immense faith in the show for the Network to make this move. It’s faith that, in the case of Brooklyn Nine-Nine, is very well-earned.

The reactions from the cast were predictably adorable:

Good things come to those who w8. The #Brooklyn99 squad will be coming back for Season 8 on NBC! pic.twitter.com/bQsGYA4oG9

Guess what?! We’re coming back for SEASON 8!! #Brooklyn99 pic.twitter.com/iu5FaiCVDf

With The Good Place taking a final bow, it’s great to know we part of the Shurniverse continuing on at least into 2021. There will never be enough comedies that rely on kindness rather than cruelty for their humor, and we love how all these characters continue to grow and evolve. At this point, if Nine-Nine doesn’t make it to season nine, we’ll be both shocked and bereft.

Elsewhere on the net today.

That’s it for us! Congrats on almost making it through another week, Mary Suevians!