Brooklyn Nine-Nine Gets #MeToo Right in a Powerful Episode

Hats off to the entire crew. 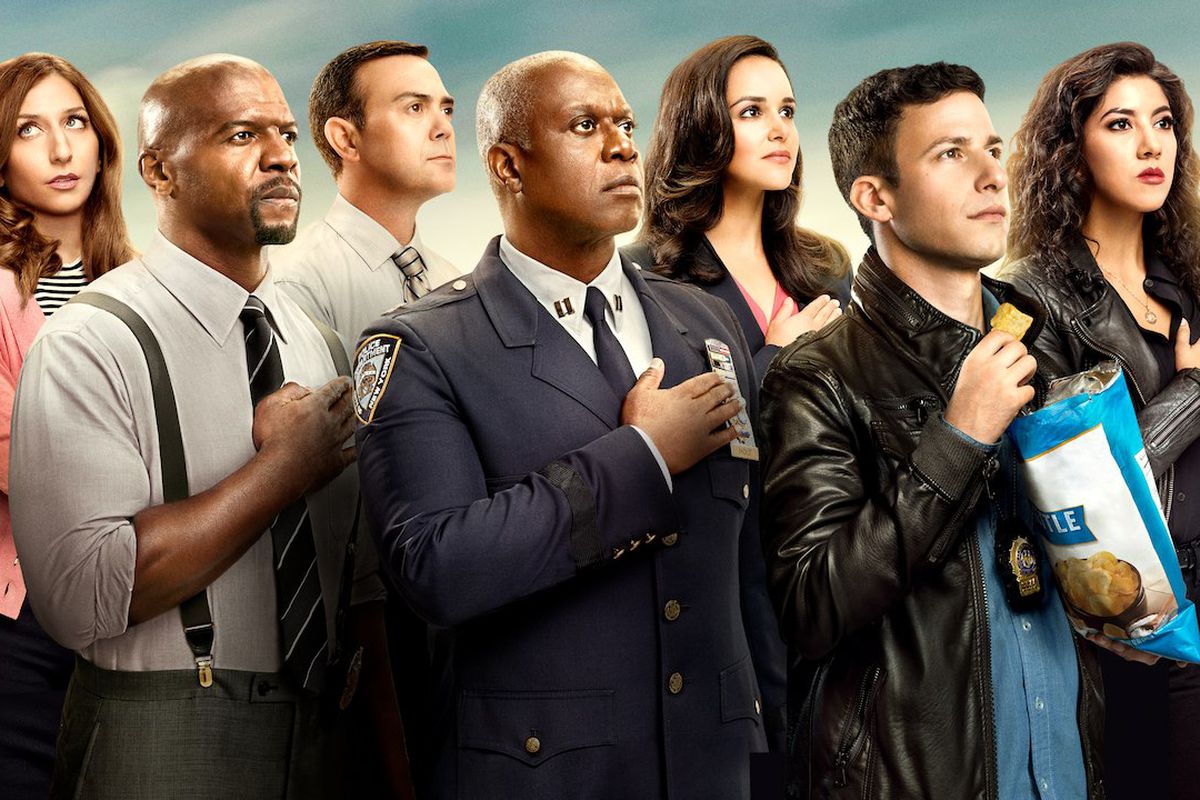 #MeToo isn’t a particularly comedic topic, but Brooklyn Nine-Nine has never shied away from serious conversations. The cop series has tackled heavy topics like racism, active shooters, and homophobia, and now in the series’s sixth season has tackled #MeToo and sexual assault. Directed by Stephanie Beatriz, who stars in the series as Rosa, the episode centers on Jake and Amy investigating a sexual assault that occurred at a high-powered Wall Street firm.

Wisely, Jake takes a backseat to Amy, who has her own #MeToo story that’s revealed later on in the episode. They’re investigating a case after a broker comes to them with a broken penis; yes, the opening bit is entirely about Jake making Wolf of Wall Street jokes about it until he realizes the seriousness of the case. The man says his coworker “flipped out” and attacked him, but she says that he sexually assaulted her and she defended herself.

Thankfully, the episode isn’t about whether or not she’s lying. Jake and Amy believe the woman instantly, which is a bit of wish fulfillment fantasy compared to the real world. Instead, the episode is about the trials women face when coming forward and pressing charges.

After Amy convinces the woman to not take a settlement from the firm and press charges, the woman is fired from her job. In another moment of wish fulfillment, Jake and Amy actually find evidence, but ultimately the woman still leaves her job. The show doesn’t wallow in the unfairness of it all, but it’s present.

Rosa and Amy also get a moment to debate the merits of her coming forward or not, with Jake providing a couple bits of levity so the scene doesn’t get too heavy. Rosa thinks that the woman’s life is going to be ruined if they have no evidence and that Amy made a mistake by advising her to come forward; Amy thinks Rosa is being unfair. It’s a hard moment, but it’s a true moment. Real life doesn’t play like the Nine-Nine‘s episodes do.

Amy obsesses over the case and finally admits to Jake why she’s so focused on bringing the perp to justice. Years before, when she was at a different precinct, her mentor there tried to kiss her after she got a promotion, and said that he “deserved” something for helping her. This is what led to her transferring to the Nine-Nine. Jake mostly listens during this scene; Andy Samberg’s performance is genuine and doesn’t turn into pity or masculine blustering.

Melissa Fumero gets to steal the show with her work, though. The scene is hard to watch because it feels real; as Amy says, “literally every woman” she knows has a story like this. It’s hard to watch and not think of our own #MeToo moments. Fumero has always been a strong member of the ensemble, but this is proof that she needs to continue getting more and more material to chew on.

The episode might have elements of wish fulfillment—such as people believing the woman in question—but it doesn’t shy away from the truth of the matter. At the end of the day, those who come forward still face consequences, however unfair they are.

Beatriz released a note before the episode aired, reading, “Don’t get me wrong, this isn’t a ‘very special episode.’ It is, I believe, Brooklyn Nine-Nine doing what it does best: subtly discussing social issues through a multifaceted and complex lens while taking you on a comedy joyride.” Beatriz’s work, and Fumero’s performance, should set the gold standard for how to tell #MeToo stories in a less dramatic setting.