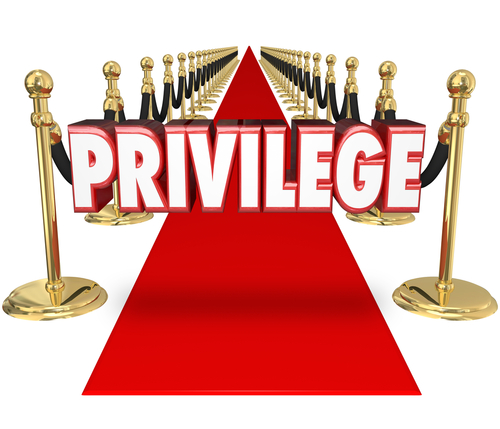 [CW: At the end of the article, I quote from Emily Doe’s victim impact statement about the long-lasting damage of sexual assault.]

Brock Turner has filed to have his three felony sexual assault convictions, for which he served only three months of prison time, overturned. In a 172-page appeal, his lawyers are arguing that Turner’s right to due process was violated by a “fundamentally unfair” trial, and he should therefore be entitled to a new one.

His lawyers argue that Deputy District Attorney Alaleh Kianerci “tainted” the jury by describing the location of the rape as “behind a dumpster.” They argue that it would be more accurately described as taking place between the basketball court and a trash enclosure, in a “completely open setting.”

The brief further claims that Kianerci’s characterization of the location biased the jury unfairly against Turner: “The prejudicial aspects of this ‘behind-the-dumpster’ characterization were twofold: (1) it implied an intent on the appellant’s part to shield and sequester his activities with Ms. Doe from the view of others; and (2) it implied moral depravity, callousness, and culpability on the appellant’s part because of the inherent connotations of filth, garbage, detritus and criminal activity frequently generally associated with dumpsters. The cumulative effect of this misleading course of conduct deprived appellant of a fair trial.”

Turner’s lawyers also cite the prosecution’s “failure to present constitutionally sufficient evidence as to any of the three counts of conviction,” and claim that Judge Persky failed to “adequately respond to a critical jury question [about whether digital penetration had occurred] during deliberations” and failed to instruct the jury to consider lesser sentences.

Turner’s lawyers also, disgustingly, continue to deny that a crime occurred. “We are saying that what happened was not a crime,” said his legal adviser, John Tompkins. “It happened, but it was not anywhere close to a crime.”

Now, never mind that there were two witnesses, Peter Lars Jonsson and Carl-Fredrik Arndt, who caught Turner in the act and testified against him. One of them even chased him down and tackled him as he tried to flee the scene. Never mind that he only served three months of his despicably lenient six-month sentence, when he faced up to fourteen years. (The prosecution had, however, recommended the mid-range sentence of six years.)

No, that wasn’t enough privilege for Brock Turner, who apparently believes that he should face zero consequences for his actions. Even when he was caught in the act. Even when he got the lightest sentence possible for his crime.

Still, this appeal is a somewhat risky strategy for Turner. Should he be granted a new trial, he could be re-sentenced to six or fourteen years, rather than the three-month slap on the wrist he originally got away with. And given the public outcry around his original sentence, and the fact that the judge who gave it to him now faces a recall petition, Turner isn’t likely to get off so easy the second time. His only hope would be to be found “not guilty,” or convicted of a non-felony sexual crime, and thereby escape the only remaining part of his current sentence: registering as a sex offender for the rest of his life. But given the aforementioned two witnesses, a “not guilty” just doesn’t seem likely to me.

On Friday, Santa Clara County District Attorney Jeff Rosen responded to the appeal. “Turner received a fair trial and was justly convicted,” he said. “Nothing can ever roll back (the victim’s) legacy of raising the world’s awareness about sexual assault.”

Emily Doe, as the woman assaulted by Turner was known to protect her privacy, wrote an incredibly powerful victim impact statement about the effect of his crime. And so, I wanted to close this article with some of her words to Turner, because she captured the poison of his denials, and the viciousness of how he wields his privilege, better than I ever could.

“You are guilty. Twelve jurors convicted you guilty of three felony counts beyond reasonable doubt, that’s twelve votes per count, thirty ­six yeses confirming guilt, that’s one hundred percent, unanimous guilt. And I thought finally it is over, finally he will own up to what he did, truly apologize, we will both move on and get better. ​Then I read your statement…

You said, I want to show people that one night of drinking can ruin a life.

A life, one life, yours, you forgot about mine. Let me rephrase for you, I want to show people that one night of drinking can ruin two lives. You and me. You are the cause, I am the effect. You have dragged me through this hell with you, dipped me back into that night again and again. You knocked down both our towers, I collapsed at the same time you did. If you think I was spared, came out unscathed, that today I ride off into sunset, while you suffer the greatest blow, you are mistaken. Nobody wins. We have all been devastated, we have all been trying to find some meaning in all of this suffering. Your damage was concrete; stripped of titles, degrees, enrollment. My damage was internal, unseen, I carry it with me. You took away my worth, my privacy, my energy, my time, my safety, my intimacy, my confidence, my own voice, until today…

Your life is not over, you have decades of years ahead to rewrite your story. The world is huge, it is so much bigger than Palo Alto and Stanford, and you will make a space for yourself in it where you can be useful and happy. But right now, you do not get to shrug your shoulders and be confused anymore. You do not get to pretend that there were no red flags. You have been convicted of violating me, intentionally, forcibly, sexually, with malicious intent, and all you can admit to is consuming alcohol. Do not talk about the sad way your life was upturned because alcohol made you do bad things. Figure out how to take responsibility for your own conduct.”

Turner, it would seem, still refuses to accept that responsibility.

(Via NBC News, The Mercury News, NBC Bay Area, and The Washington Post; image via Shutterstock)