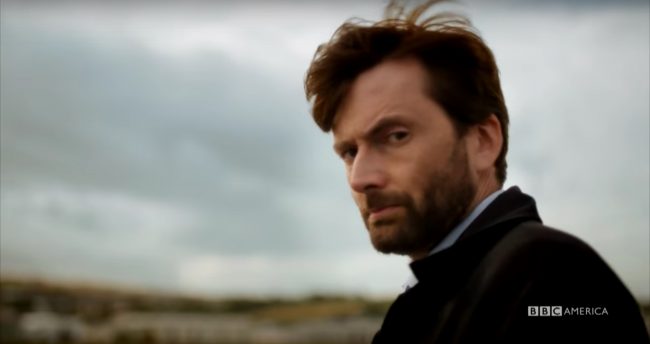 Broadchurch fans, get ready: your faves are coming back for the show’s next and final season.

It seems that the drama surrounding the once-sleepy seaside town of Broadchurch may be coming to an end. The show’s upcoming third season is slated to be its last, and as such, it’ll be trotting out all manner of characters, new and old. Confirmed to return are David Tennant as DI Alec Hardy and Olivia Colman as DI Ellie Miller, so there will be no shortage of brooding and smoldering.

In fact, you can check out the trailer here for yourself to see just how much of each there will be (spoiler: a lot).

News that this is the show’s final season shouldn’t come as too much of a surprise, as we’ve known for a while that showrunner Chris Chibnall took over showrunning duties for Doctor Who. While the previous showrunner for that show has a reputation for juggling multiple shows (Steven Moffat ran Doctor Who and Sherlock fairly simultaneously), it’s perhaps understandable that Chibnall wants to focus a bit to make sure things go well.