Britney Spears First to Snag a Million Followers on Google+ 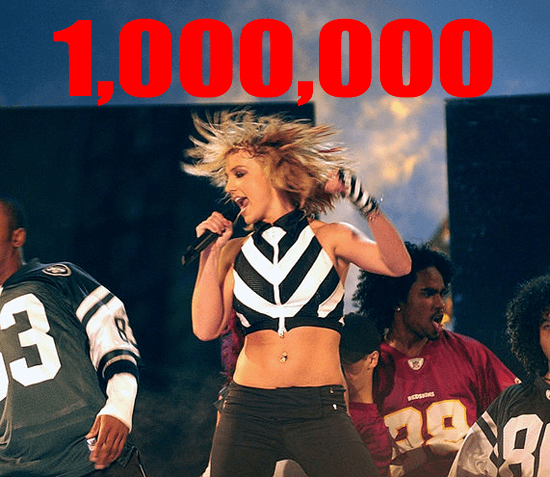 Despite reports suggesting that the honeymoon might be over for Google+, an interesting milestone has surfaced regarding the Google-backed social network. Singer Britney Spears has apparently earned the distinction of being the first Google+ user to get one million followers. That’s a helluva lot of circles.

While Google+ saw a massive surge of activity after opening to the public, some reports have suggested that the service hasn’t managed to keep users active and engaged. The fact that it took this long for any one popular icon to snag a million followers is perhaps indicative of that lack of engagement. It’s worth noting that on Facebook, Spears has well over 15 million followers.

However, The Next Web notes that in just one month since joining the service, Spears passed Larry Page as the most popular account with 700,000 followers. That’s a pretty meteoric rise.

Though the account of one person is hardly indicative of the service as a whole, it suggests to me that Google+ will never actually supplant Facebook. Instead, it’s likely to shape itself into a parallel service like Twitter, or Tumblr, that serve a different need. Though what that need might be isn’t clear. Meanwhile, it’s main rival Facebook has done a good job of responding with surprising speed to match the new features rolled out with Google+, hoping to retain users.

But who knows, perhaps with a few more big names like Spears scoring huge numbers, Google+ can finally take advantage of the enormous built-in user base that was supposed to give it an edge.