British Library to Archive All UK Websites | The Mary Sue 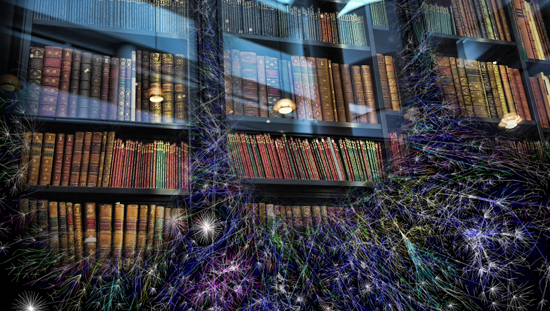 The British Library is an institution — no, an edificial powerhouse — of information chronicled in books, vaults, and presumably ancient scrolls, and it’s second only in physical size to the Library of Congress. It’s not satisfied with just what it houses currently, though. Now the British Library wants to expand by archiving the Internet. Well, at least the United Kingdom’s slice of it. For now.

At minimum, the British Library already receives copies of every book or publication produced by the United Kingdom and Ireland — including magazines, newspapers, and pamphlets — and it’s been doing this for centuries. But now that more and more information has gone digital, it intends to preserve the UK’s “digital memory” by recording every byte of information stemming from a “.uk” URL on the Internet.

Starting Saturday, April 6th, that’s all websites, eBooks, blogs, and web newsletters affiliated with Great Britain — 4.8 million sites and about a billion web pages. The process actually began in 2004 with the UK Web Archive, and they used to ask permission from website owners before storing their content. Not anymore!

But it’s not like they won’t share. The library’s head of content strategy, Lucie Burgess, says these archives will be available to the public by the end of the year. That sure is going to be a lot of British lingo — the good and the bad — stored in servers across the country, ensuring its immorality.

So if you’ve got anything up on a .uk website that you don’t want up there, hurry up and get it down before the British Empire seals a copy of it in the vault.

(via PhysOrg and The Verge, images courtesy of Wikipedia, and Tina Hsu on Flickr)