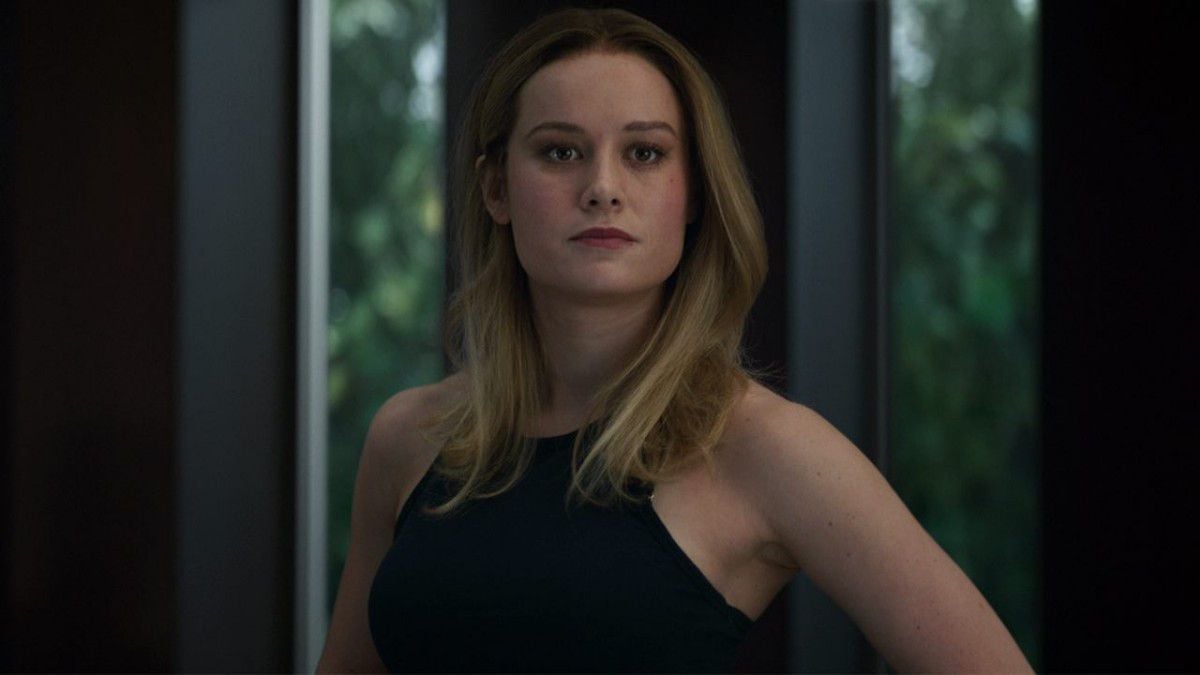 Brie Larson went to Marvel Studios and took a cute picture with the Mjolnir, and as you’d probably guess, all of the dudebros in the darkness of the internet are yelling at her in the comments on it, because they’re mad that ACTRESS BRIE LARSON posted a picture holding Thor’s hammer with a cute caption.

To be clear, we’re not talking Carol Danvers. This isn’t like Captain America’s worthiness in Avengers: Endgame. Marvel isn’t going to have Captain Marvel wielding Mjolnir alongside Jane Foster or anything. Brie Larson, the actual human woman, just took a cute picture with a movie prop from a franchise she’s involved in.

Not to be whatever, but….told you I could lift it

So … why are the comments on this picture screaming? Because the internet has a problem with a woman doing anything, especially when it comes to their favorite heroes.

Funny cause #Thanos punched her out of movie (best scene ever) @brielarson claims to be strong enough to lift up a prop hammer, but not strong enough to take fan criticism someone find her a #SafeSpace #WorldsWeakestAvenger #Mothra did a better job representing strong women! pic.twitter.com/o175G8jNd0

First of all, let me talk about this tweet, because it shows that men are willing to completely overlook what actually happened in a movie to make a point that a female character they dislike is weak. If you can recall, in the final battle against Thanos, he first has to “rain fire” down on the Avengers because he’s being destroyed by Scarlet Witch. Wanda Maximoff is very obviously beating him, and the only way he can see beating her is if he kills part of his own army with aerial backup to do so, and he still doesn’t beat her. He still loses.

Then, when Carol is fighting against him, he tries to headbutt her, and she literally doesn’t move, unaffected by the blow in any way but amusement, and so he has to use an Infinity Stone to get her away from him—and then, yet again, he still loses.

Obviously, the problem is just the insinuation that a woman can do anything a man can, and all the comments about this picture prove that they have no real problem with anything other than their own sexism.

dudebros: gosh stan twitter is so sensitive take a joke

“brie larson took it to far” “shut up you’re not worthy” “captain marvel is powerful yes but she can’t lift mjolnir she isn’t selfless she is cocky” “just because brie said captain marvel can lift the hammer doesn’t mean she actually can” pic.twitter.com/eRyfaL6OyI

can’t believe brie larson posted a damn photo of her holding a hammer and every dude bro ever got offended…. and they want to call us sensitive

Anyway, Natalie Portman commented that Brie Larson needs to be careful with her hammer, and that’s the energy we all need.

adult men are really out here getting pressed about brie larson holding a fucking prop and natalie portman for saying it’s her hammer. this world is hilarious sometimes pic.twitter.com/UoEo483Omm

Need more of a reason to understand why being a female fan of comics and, specifically, female heroes is rough? Here you f**king go.