Larson took home the award for Best Fight for her fight with Minn-Erva. 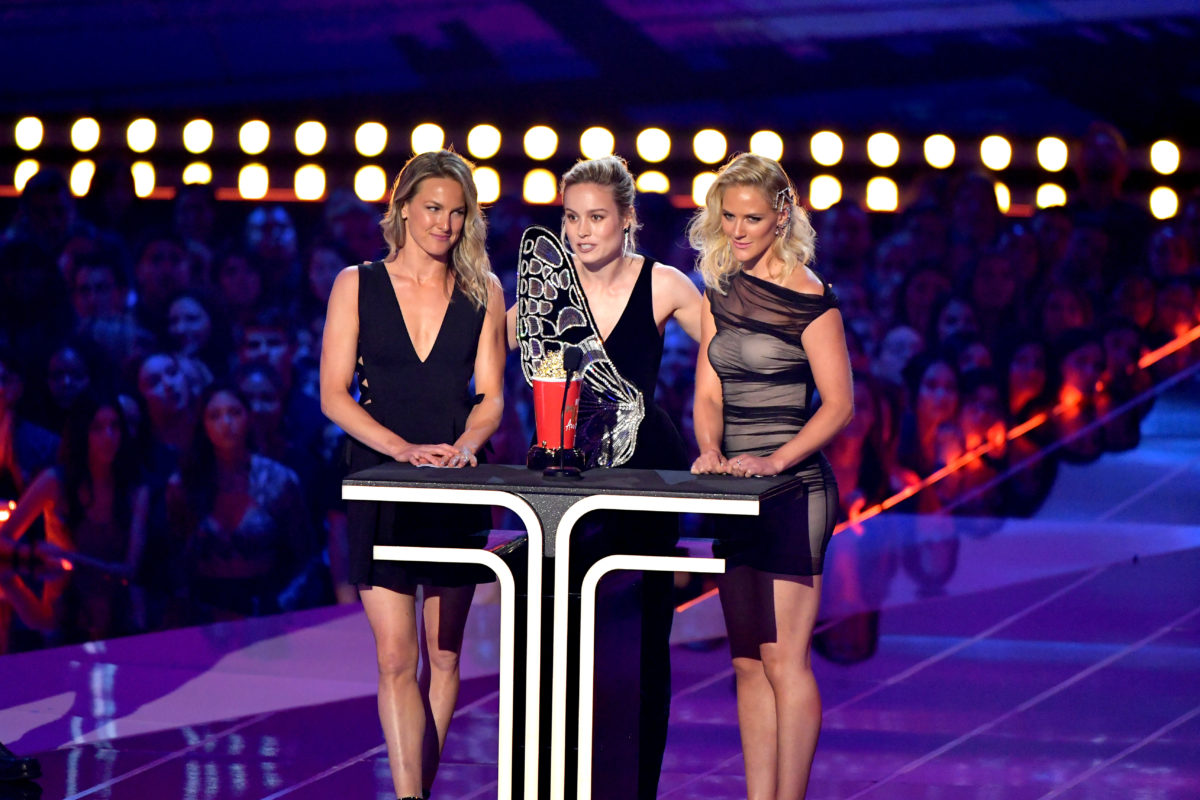 Brie Larson took home the award for Best Fight at the MTV Movie and TV Awards last night, but she didn’t do it alone. Larson brought along her stunt doubles Renae Moneymaker and Joanna Bennett, who took the stage alongside her.

Larson said in her speech, “I wanted to take this moment to really say thank you to the two women who are standing here beside me, these are the women that trained me and were also the stunt doubles for ‘Captain Marvel.’ I could not have made this film without them. They are really the baseline of who she is. They are the living embodiment of Captain Marvel.”

Larson then stepped back as Moneymaker and Bennett took the mic. Bennett said, “It was such an honor to work on this film, and so exciting to be a part of bringing such a strong female character to life, and being able to do it together, just made it such a very special experience for all of us.”

Moneymaker then said, “So Joanna and I actually grew up together, as young girls we wanted to be just like Lara Croft and G.I. Jane, so it’s a real honor to be a part of this character, and hopefully pass along some of that inspiration that those iconic women brought to us.” Bennett followed up by saying, “A big thank-you to Brie for acknowledging our role in this film. It’s truly a rare acknowledgment and it means so much not only to both of us, but to the entire stunt community.”

Both women are seasoned stunt professionals. Moneymaker has doubled for Jennifer Lawrence in The Hunger Games film series and X-Men: Days of Future Past. She has also doubled for Evangeline Lilly in the Ant-Man films and is currently doubling for Margot Robbie in Birds of Prey.

Bennett has worked on Wonder Woman and Justice League, where she doubled for several performers. She also worked as Amber Heard’s stunt double in Aquaman, and her credits include Agent Carter and Captain America: Civil War, to name a few.

Stunt work is so rarely credited, but it’s an absolute necessity to bring our favorite action sequences to life. Stunt workers rarely get a moment in the limelight, so it’s awesome that Larson gave both women their due on stage. Also, how badly do you want to see an action series about a young Bennett and Moneymaker falling in love with stunts and making their way through a male-dominated industry? Someone needs to write that show STAT.