And Scarlet is coming back! 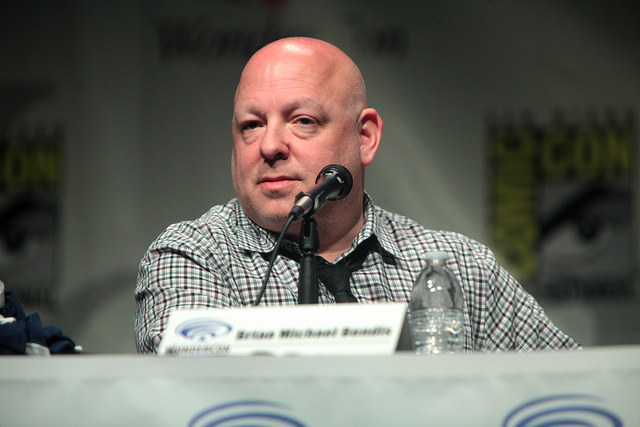 It was a pretty big deal when long-time Marvel mainstay and Ultimate Universe architect, Brian Michael Bendis, announced that he was leaving Marvel to do work at DC Comics. While he seemed thrilled about the possibilities in playing in a new sandbox, it was difficult to think about the guy who co-created Jessica Jones and Miles Morales leaving. But today, there’s a new excitement as DC Comics has announced the property into which Bendis will be injecting some new life.

It’s all about Superman! Bendis’ first gig at DC will be on a six-issue weekly Superman miniseries called a Man of Steel, a title that’s going to be especially manly as the miniseries is going to be illustrated by all dudes: Ivan Reis, Evan “Doc” Shaner, Ryan Sook, Kevin Maguire, Adam Hughes and Jason Fabok.

Couldn’t even take a miniseries with a different artist for each issue as an opportunity to hire like a woman or two, huh DC? M’kay.

ANYway, this miniseries is set to drop on May 30th, with a prelude chapter illustrated by Jose Luis Garcia-Lopez (Moar dudes!) that will appear May 2 in the DC Nation #0 preview sampler.

Reis, along with Joe Prado, will be doing all six covers for the miniseries, all of which are designed to connect into one, larger image. DC Comics released the pencils for the first four covers as a preview:

“[Man of Steel is] telling the giant new story that’s the status quo,” Bendis explained in the announcement of the title in Forbes. “What’s going to be going on with Superman and Metropolis and everything around him. Again, it’s following up on the big bombs we drop not only in Action Comics #1000, but following up all of those beats and digging in even deeper.”

After this miniseries, Bendis will begin full-time work on both Superman and Action Comics. Superman will relaunch with a new #1 and the new status quo set up in Man of Steel, which should be a great jumping-on point for new readers or readers who haven’t been on the Superman train in a while.

Meanwhile, Action Comics will continue with its current numbering, with Bendis beginning his run officially on Issue #1001. However, we’ll get a preview of what Bendis has in store for Action Comics with a ten-page story he’s writing for Issue #1000, which will be illustrated by Jim Lee. According to Bendis, it’s a story we won’t want to miss, as it’s not just a one-off, but rather an important chapter in the new Action Comics. 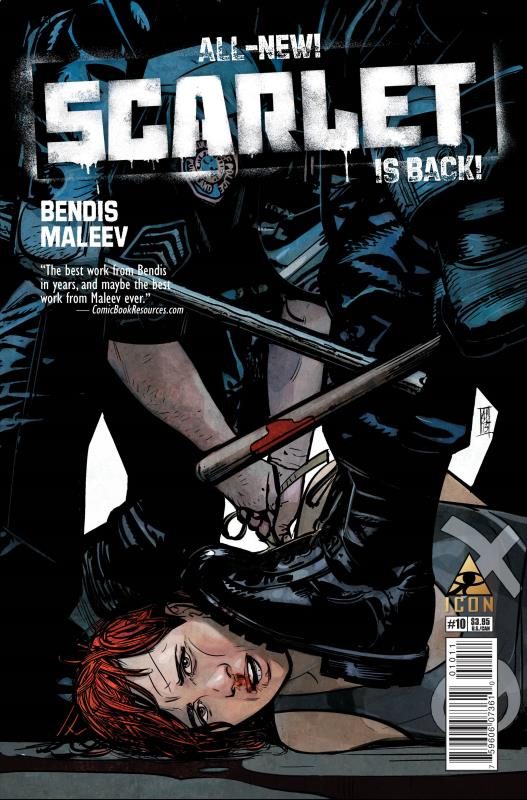 Okay, okay. Superman is great and everything, but here’s the part of this announcement that has me really excited. Bendis will be heading up a new, custom imprint at DC. It will be set in the DC Universe, and “will feature some of Bendis’ all-time favorite characters in very unique and unusual situations, combined with new characters created specifically for this new imprint.” This new endeavor is unnamed as of yet.

Okay but here’s the really exciting thing (at least to me)! Bendis is bringing all his creator-owned Jinxworld series to DC, too! Existing issues will be re-released digitally by DC Comics in the spring, while we can expect new issues of Powers, Scarlet and The United States of Murder this year, along with several unannounced new projects.

I’m particularly excited for the return of Scarlet, as I think that this story of a hardcore revolutionary girl in Portland is legit Bendis’ best and most thought-provoking work, backed-up by gorgeously gritty work from Alex Maleev. Scarlet is one of my favorite books of all time, and I can’t wait to see more of her adventures as she fights the Powers That Be.

Honestly, Bendis is one of my favorite creators, and I’m thinking that he might be a factor in me reading more DC in the coming year (it was primarily Marguerite Bennett, Jody Houser, and Amanda Conner doing that job previously). I’m very much looking forward to seeing what he brings to the table at his new comics home.

My one hope, especially since he’ll be taking on a new imprint, is that he’ll do whatever he can to hire and promote female comics talent. Wonder Woman or no Wonder Woman, DC as a company hasn’t exactly been female-friendly. Far from it. I hope that Bendis brings his progressive sensibility to work with him, not only in his storytelling but in the way he operates as an editor. I hope he hires more women, more people of color, more LGBTQ or disabled talent. I hope that he remembers that “new” voices don’t have to be “young” voices.

He has an opportunity to start something fresh and make comics better. To literally change the face of the comics industry, not just the faces on its pages. I hope he doesn’t squander it.