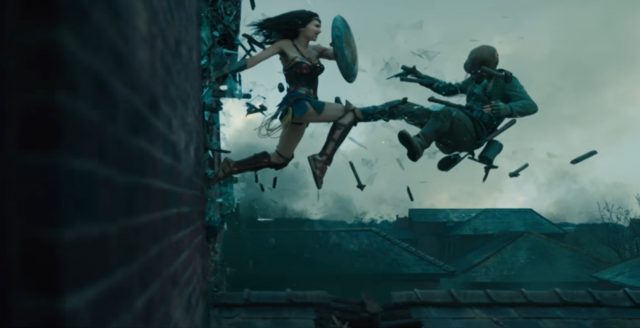 For weeks there have been rumors circulating that Gal Gadot claimed she would not be returning to Wonder Woman 2 unless Brett Ratner was removed from involvement. Well, as confirmed on the Today Show by Diana Prince herself, the rat is out.

WATCH: Gal Gadot responds to report she didn’t want to work with Brett Ratner, who has faced sexual harassment allegations, on next installment of Wonder Woman pic.twitter.com/rBuSH2CE2Z

According to Gadot’s answer to the question about the rumor, she says nothing while saying everything: that many people behind the scenes, including herself, all felt like Ratner should be removed, but by the time the articles were coming out about her, the decision to remove him had been made. It is a very diplomatic answer, but the important thing is that the RatPac logo that was large and proud before the Justice League movie will be gone from the next Wonder Woman.

Warner Bros. has officially severed ties with Ratner, but the fate of his RatPac Entertainment production company is still unclear. Ratner is currently being accused by several actresses and other women of sexual misconduct, including actresses Natasha Henstridge and Olivia Munn.