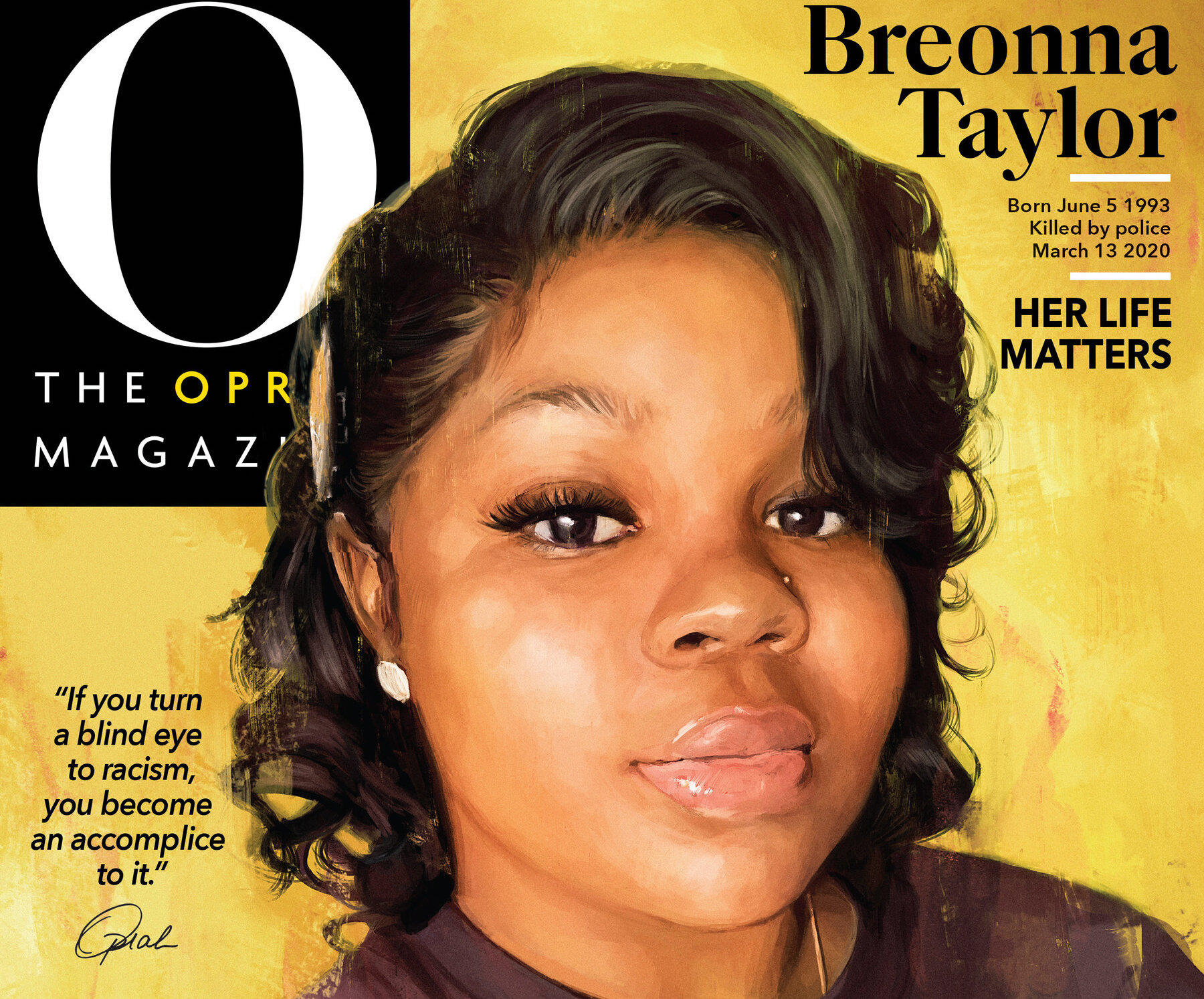 For over 20 years, Oprah Winfrey has graced the cover of each O Magazine issue (though she’s sometimes had company), and now, she’s giving that spot to Breonna Taylor. An EMT from Kentucky who was sleeping in her bed when cops raided her home and shot her multiple times, Taylor died for quite literally no reason. If cops can bring in white men who are responsible for mass shootings, there’s no excuse for three cops busting into a house where people are clearly sleeping and murdering Breonna Taylor for nothing at all.

Breonna Taylor deserves justice. She deserves to still be alive, and the cops responsible for her death deserve to be brought to justice. It’s been months, and that still hasn’t happened. In fact, it was a story of innocence and the cops seem to just have no remorse about killing an innocent woman, who dedicated her life to helping with COVID-19 relief. Trevor Noah on The Daily Show explains Breonna Taylor’s story better than I could—and explains why it’s important to talk about that story in detail with the gravity it deserves:

Oprah Winfrey shared why she felt it was important for Breonna Taylor’s image on the cover:

“I think about Breonna Taylor often. She was the same age as the two daughter-girls from my school in South Africa who’ve been quarantining with Stedman and me since March. In all their conversations I feel the promise of possibilities.

Their whole lives shine with the light of hopefulness. That was taken away from Breonna in such a horrifying manner.

Imagine if three unidentified men burst into your home while you were sleeping. And your partner fired a gun to protect you. And then mayhem.

What I know for sure: We can’t be silent. We have to use whatever megaphone we have to cry for justice.

And that is why Breonna Taylor is on the cover of O magazine.

I cry for justice in her name.”

I feel like saying that putting her on the cover is a “step” in any direction feels pointless, because what kind of world is this that a young Black woman can’t even sleep in her own home innocently without the fear of police shooting her dead? Where is the idea of “justice” when it has been nearly five months, and still, the police who shot Breonna Taylor walk free?

Alexis Franklin, who created the artwork for the cover, shared what bringing the work to life meant to her:

“So many things were going through my mind—Breonna’s life, mostly, and how it ended so abruptly and unnecessarily. Every stroke was building a person: each eyelash, each wisp of hair, the shine on her lips, the highlight on her cheek. I had that season when I chose to shut down my feelings around the killing of unarmed Black people because I couldn’t take living day to day in such a state of awareness. Now I was as up close and personal as I could ever get to this woman and, consequently, to this very real problem. I felt a new level of determination and pressure to get it right, but I tried not to let that affect me. My greatest work happens when I simply enjoy it and let my hands do what they know how to do.”

Breonna Taylor deserves so much more than the cover of a magazine. She deserves to be alive as do so many others killed at the hands of the police.